The White House is preparing to launch its new Alliance for the Future of the Internet in the coming weeks, and it appears increasingly likely that a major tenet of the effort will involve blocking "untrusted" vendors like China's Huawei from global networks.

If that does happen, President Biden would essentially pick up where former President Trump left off. Under Trump's direction, the US State Department launched a "Clean Networks" initiative in 2020 that essentially rallied US allies against Huawei and other Chinese vendors.

"Suppliers are more trustworthy if they are financed openly and transparently, use best practices in procurement, investment, and contracting, and have records available for public or regulatory scrutiny as appropriate," stated one of the core principles in the State Department's "Clean Networks" program. Although Huawei wasn't named, it was clearly the target. 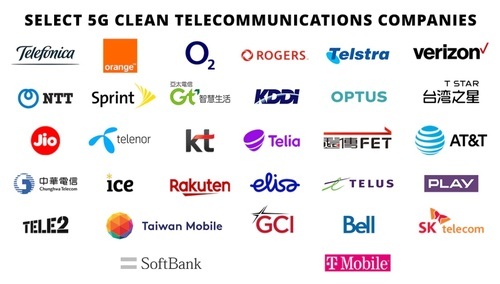 That's the exact same kind of language that the Biden White House is using. According to an early draft of the Alliance for the Future of the Internet published late last year by Politico, supporters would make a "commitment to use only trustworthy providers for core information and communications technologies network infrastructure."

Untrustworthy vendors such as Huawei

In comments this week at a USTelecom event, a top Biden official specifically called out Huawei.

"The United States is very concerned about the risks posed by untrustworthy vendors such as Huawei," said Ruth Berry, director for Digital Technology Policy and International Economics and Competitiveness for the White House's National Security Council. "To address these threats, governments around the world are encouraged to craft rules and regulations ensuring that untrustworthy and high-risk suppliers are unable to participate in providing network equipment and software in these next-generation networks."

As noted by Politico, Berry said the White House hopes to officially introduce the Alliance for the Future of the Internet in the "coming weeks." She said it would be focused on getting other governments to commit to Internet openness, competition, human rights and closing the digital divide. She described the launch as a starting place. "The goal is to launch a global conversation," she said.

According to a lengthy report in Protocol, the White House had initially hoped to launch the Alliance for the Future of the Internet late last year, but scuttled the launch at the last minute over concerns about its scope and purview.

Nonetheless, early proposals for the alliance specifically called for "trustworthy providers" for core Internet infrastructure. "There's no way to read that as something other than a no-China club," Graham Webster, editor-in-chief of the DigiChina Project at the Stanford University Cyber Policy Center, told Protocol. "It's not subtle who they're talking about."

Open RAN gets a nod

Based on the new comments from Berry of the Biden White House, it appears that Huawei remains squarely in the sights of US officials. She said a goal of the administration is to work collaboratively with other governments to secure not only 5G infrastructure but also wired networks, data centers and other Internet equipment.

Berry also called for "vendor diversity" and specifically called for more support for "open RAN" equipment. That's noteworthy considering top officials in the Trump administration discussed open RAN technology as a way to encourage the development of domestic equipment suppliers and block the rise of "untrusted" vendors like China's Huawei.

It's worth noting that Huawei officials have argued against claims that their equipment can be used for Chinese government espionage.

To be clear, blocking the purchase of Huawei equipment isn't the only goal of the new Alliance for the Future of the Internet. Berry said the alliance would also look to prevent the spread of misinformation, the threat of cyberattacks, Internet shutdowns, and use of the Internet as a "tool of control" by governments.

Debating the future of the Internet

That scope is noteworthy given a wide variety of topics that are under debate in the US. For example, Biden has voiced support for the net neutrality guidelines scrapped during the Trump administration. And there's ongoing discussion over the degree of control social media sites should exert over misinformation.

Internationally, the topic is even more serious. For example, Russia recently forced Apple and Google to remove an app from their app stores tied to Alexei Navalny, an opponent of President Vladimir Putin. As noted by Protocol, both companies yielded to Russia's request, reportedly over fears that their own local employees could be held criminally liable for refusing.

And China, of course, continues to operate a "great firewall" that essentially represents an iron fist around all Internet communications in the country. Indeed, that crackdown has been so severe in recent months that Zhao Wei  a massive Chinese movie star on par with Reese Witherspoon in the US  was essentially erased from China's Internet, according to a detailed report in the Wall Street Journal.

Such geopolitical issues likely will ultimately affect network operators and their vendors.

A year into the Biden administration, 'there is no spectrum plan, there are no big auctions planned, at a time when everyone was all about 'we've got to beat China on the race to 5G,' said a former FCC chief.

The wireless bubble could start to deflate next year

During 2020, the nation's big wireless network operators collectively recorded almost 5 million new wireless customers. During 2021, that could rise to 10 million. But what happens when growth slows?

The C-band delay in 5G is impressively stupid

The FAA is having 'very productive discussions' with AT&T and Verizon over possible 5G interference with aircraft altimeters. But aren't those discussions a little late?