Is Altiostar really worth $250M?

For decades, the world's telecom operators have entrusted technology development to outside forces.

Japan's Rakuten is trying to bring it home. 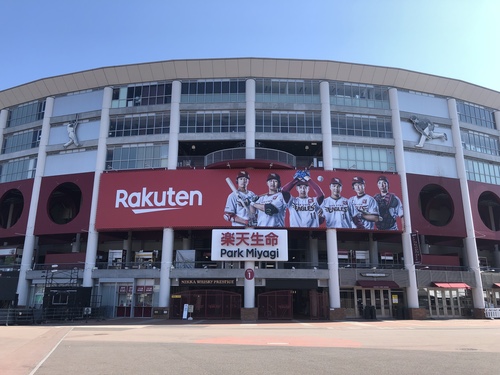 Internet firm Rakuten is a big deal in Japan.

If Tech Mahindra's stake was 17.5%  as disclosed during a funding round in 2018  then Altiostar is currently valued at roughly $250 million.

Unproven tech
On the one hand, this seems high for a small firm touting a largely unproven technology.

Altiostar is one of several cheerleaders for open RAN, which promises a software-based network built with components from different vendors.

Sick of being locked into single-vendor systems, service providers love the concept.

But hardly any are ready to jump in.

Altiostar has signed a major contract with Dish Network, the satellite firm now building a fourth mobile network in the US.

As for business with existing operators, it cites deals with Spain's Telefónica (another investor), India's Bharti Airtel, the UAE's Etisalat, Telecom Italia, Mexico's Telcel and GCI, an Alaskan telco.

The extent of its work for these companies is unclear, though. And like many privately owned firms, Altiostar will not divulge details of its revenues and profitability.

Nor does it have a monopoly on open RAN. US rivals of similar size include Parallel Wireless and Mavenir, which also has a deal with Dish.

At the opposite end of the scale, Finland's Nokia and South Korea's Samsung have recently been insisting on their open RAN compatibility. While Sweden's Ericsson is much warier, it does not lack the ability to develop open RAN products.

At one stage, investment activity implied a valuation of $600 million, according to an industry source who preferred to remain anonymous.

Cisco and Fidelity Investments, two of the original investors, have subsequently backed out, according to that source.

Asked for a full list of investors, an Altiostar representative would only refer Light Reading to the investor section of its website. While that continues to name Cisco and Fidelity, it is clearly out of date: Tech Mahindra, which sold its entire stake to Rakuten, is also on the page.

Defiant upstart
Yet open RAN has been defying critics who dismiss it as a puny challenge to mainstream technology.

Enrique Blanco, Telefónica's chief technology officer, aims to spend up to half his RAN budget between 2022 and 2025 on open RAN. Other big operators are also voicing their support.

Dell'Oro, a market-research firm, expects operators to invest about $5 billion in RAN virtualization over the next five years.

That business will be fiercely contested, however, and Altiostar provides only the software element.

Justifying a $250 million valuation in the short term could mean capturing a larger slice of business than seems feasible. Ericsson, after all, has a market capitalization of about $35 billion based on annual sales of $25 billion.

Rakuten's ownership should certainly help to finesse and popularize the technology.

"Altiostar never had a breakthrough until they worked with Rakuten," said Tareq Amin, Rakuten Mobile's chief technology officer, on a call with reporters this week.

"We believe this company offers a massively disruptive software architecture for the radio and from day zero we decided to take a large position in Altiostar to continue working together on disrupting something we believed needed complete change and transformation, which is radio access."

From the perspective of Rakuten, which made $12 billion in sales last year, the $45 million price agreed with Tech Mahindra is a small fee for such an integral feature of its own network.

The 5G radios from NEC that incorporate Altiostar's software are 50% cheaper than rival gear, according to Amin. And Rakuten has promised Japan's government it will spend JPY200 billion ($1.9 billion) on basestations by the end of 2024.

The RCP conundrum
The danger is that Rakuten's ownership of Altiostar becomes an obstacle to business with other telcos.

But there is a question mark over whether large operators would buy network software from another operator.

They may be resistant if RCP seems like a Rakuten attempt to push its preferred suppliers, rather than a fully open ecosystem.

It is also hard to see how Rakuten could include alternatives to Altiostar in RCP.

"When RCP demonstrates they are committed to 'open,' we remain prepared to collaborate," said Steve Papa, the CEO of Parallel Wireless, in emailed remarks.

"Of course, the challenge for RCP will be in adhering to open principals while simultaneously continuing to pour resources into Altiostar."