Adieu, Huawei, et bienvenue, open RAN. France's Orange has given its strongest signal yet that China's largest network equipment maker will be the main loser in its open RAN plan. For years, Huawei has provided products to Orange in various African and European markets. Following a backlash against the Chinese, Ericsson and Nokia have already been advancing at its expense. Now it seems that new, open RAN players might finish it off entirely.

The warning came from Michael Trabbia, Orange's chief technology officer, during a video call with analysts and reporters. Asked how open RAN would affect relationships with existing providers, Trabbia insisted the new technology was not an attack on Ericsson and Nokia but indicated it could be the answer to the Huawei problem. 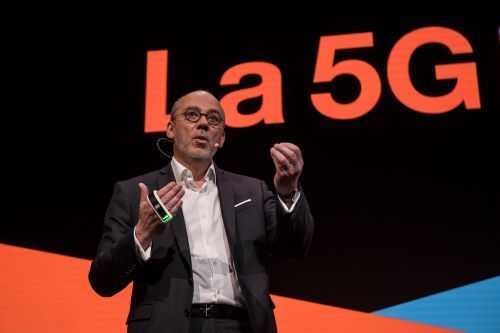 "We need to have strong providers and with the current ecosystem and situation between China and the US  that is not changing that much with the change of US president  it is more difficult to have some providers in Europe," he said. "It is certainly not our intention to not work anymore with or decrease the share of the European vendors."

The French incumbent has emerged as one of the main telco cheerleaders for open RAN, which would make it easier to mix and match components from different suppliers in more software-based networks. Proponents believe the ecosystem now developing around the technology  which features US software developers like Altiostar, Mavenir and Parallel Wireless  could be an alternative to the traditional players.

Huawei is most at risk for several reasons. For a start, it has been restricted or banned from operating in the 5G market by several European governments worried about a Chinese threat to national security. When it comes to Orange's main European markets, Belgium, France, Poland and Romania are all understood to have considered or introduced legislation against Huawei.

According to data gathered last year by Strand Consult, a Danish advisory group, France is the only one of those markets in which Orange has not relied on Huawei for radio access network products. In Belgium, where it shares infrastructure with rival Proximus, it is already switching from Huawei to Nokia, while in Romania it has flagged a 5G deal with Ericsson.

But if Ericsson and Nokia were the only companies that replaced Huawei, Orange would be entirely dependent on two Nordic suppliers for its radio infrastructure. "We believe there is room for new players coming in," said Trabbia. Orange, then, seems likely to follow the example set by Vodafone in the UK, which has carved out a role for new, open RAN players in part of the network currently supplied by Huawei.

Another problem for the Chinese vendor is that US trade restrictions have cut off its access to high-quality chips used in 5G network equipment. Even if European governments allow it to continue selling 5G equipment, operators cannot be confident that Huawei will be able to keep making competitive products. So far, the Chinese vendor has come up with no answer to American sanctions.

Huawei's lack of public enthusiasm for open RAN will not endear it to operators determined to build open RAN networks, either. "Within the next two or three years, there are no commercial opportunities for open RAN because of technological maturity," said Victor Zhang, Huawei's UK-based vice president, in a recent conversation with reporters. "There is still a long way to go with open RAN."

That jars with Orange's assessment of the technology. Trabbia believes open RAN will have full performance and feature "parity" with traditional systems in the next two to three years and says it can already be deployed today in some environments, including rural areas and for certain types of indoor coverage. Starting in 2025, Orange will only deploy equipment that is compatible with specifications developed by the O-RAN Alliance, the main industry group, says Trabbia.

The network strategy would obviously require Ericsson and Nokia to provide O-RAN-compatible equipment. Of the two, Ericsson has been the less enthusiastic about open RAN and has yet to announce products based on the concept. Nokia, by contrast, sees open RAN as a potential growth opportunity and claims to be adapting quickly. Both, however, are members of the O-RAN Alliance, as Trabbia notes. "This is not something that is against Nokia and Ericsson and they are key contributors to the O-RAN Alliance."

Timing could be a challenge. Without feature parity today, Orange cannot substitute open RAN for Huawei in urban areas. Moreover, most of the 5G products it is deploying now are not compatible with O-RAN Alliance specifications. "If they build out Paris with Ericsson proprietary 5G RAN by 2024, and would like to add a carrier on a new band, or densify with more street macro, they would need to rip and replace the gear in that area," says John Strand, the CEO of Strand Consult. "I get it if they are referring to the countryside."