Social distancing just became even harder in the bustling market for open RAN technology after HPE today set up its own server stall replete with orchestration bells and whistles. The US IT giant has been desperate to uncover a new growth opportunity. Sales fell 3.6% last year, to $56.6 billion, and earnings slumped 10%, to about $2.8 billion. It evidently believes the communications sector is a good bet.

Hence the unveiling of HPE Communications Technology Group (CTG), which lumps together various telco activities and gives them a shiny new outfit and some eye-catching new products. Today's push is mainly about the open RAN side of things, where HPE executives have spotted an opportunity to disrupt the status quo. "It's a matter of how much vested interest there is in the old model," said Claus Pedersen, HPE's vice president of telecom infrastructure solutions, on a call with reporters. "We have no vested interest in the old model." 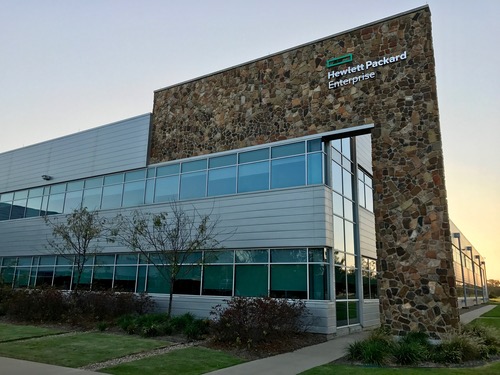 The IT giant is the latest vendor to pile into the open RAN market.

The flagship open RAN product is the ProLiant DL110 Gen10 Plus Telco Server (concision was never big in IT), which Pedersen describes as the first-ever server that HPE has "optimized" for open RAN technology. Servers are, of course, already used in the radio access network for storing and processing data. But the new ProLiant is purpose-built for an open RAN network and supposedly ticks all the requisite boxes.

For anyone still in the dark about open RAN, the general idea is to ensure that products developed by different suppliers can live together in harmony. Existing incompatibility forces operators to rely on single-vendor systems at any given site. Open RAN interoperability, it is hoped, will herald the dawn of the multivendor RAN. "It is way more open to mix and match network functions and infrastructure as part of a rollout," said Phil Mottram, the senior vice president of HPE's communications technology group. "We recognize the change and it is an opportunity for HPE."

So can HPE guarantee the latest ProLiant works out of the box with other network components and software? More or less, seems to be the answer. For starters, while the O-RAN Alliance, the main industry body, has still not ratified new server specifications, HPE is a member of it and has worked closely with customers that are also in the club. That makes Pedersen confident that HPE's specifications will be "very close" to what the O-RAN Alliance eventually tables.

In the meantime, HPE has also been carrying out interoperability testing with other vendors, including those working on radio-processing functions for the central and distributed units in the RAN. "We are offering open platforms that will run whatever is the appropriate container or choice of container technology," said Pedersen.

Because the latest ProLiant uses the FlexRAN architecture developed by Intel, a related question is whether reliance on the chip giant's platform could also be a constraint. "It is more open than that at that level," said Pedersen. "Some of our big partners may be putting in their own PCI cards with accelerators for radio processing. In that sense it is a standard platform. There is nothing that makes it Intel-specific."

Still, the proof will come with contracts and deployments. HPE was unable to share any details on the call but said five customers had placed pre-orders ahead of the announcement and were in "active trials." The hint is that big operators such as BT, Deutsche Telekom, Verizon, Vodafone and Orange  with the French telco confirmed as a triallist of HPE's 5G core products  are among the names.

What's virtually certain is that open RAN will not be a massive deal for HPE for at least a few years. Numerous doubts still surround the technology. It lags the traditional RAN on performance, for one thing, and Orange does not expect it to reach "parity" until the mid-2020s. And just because telcos want more RAN competition does not mean they will accept the hassle of managing a multivendor RAN. Whatever happens with open RAN, operational challenges will probably limit BT to two main suppliers, Howard Watson, the operator's chief technology officer, said earlier this year.

The sensible analyst view is that open RAN will account for about 10% of the total RAN market by the mid-2020s, meaning just $3.2 billion will be spent on open RAN products in 2024, according to Omdia, a sister company to Light Reading. Given the long queue of candidates for open RAN jobs, HPE can realistically expect a sliver of this amount.

Another question is to what extent HPE will be competing against itself  pitching the new ProLiant server as an alternative to its older products  rather than Dell, Quanta and SuperMicro, its main server rivals. While Pedersen says it has "no vested interest in the old model," an HPE spokesperson last year insisted that HPE's Edgeline EL8000 servers "are the best servers in the market to power the RAN at radio sites." Substitution sounds risky if open RAN is marketed as a lower-cost option, and Mottram today claimed it can reduce an operator's total cost of ownership by a quarter.

On the plus side, open RAN could open doors for HPE. Today's update makes heavy reference to its "solution stack," featuring orchestration and automation software that could be used across the entire network. Operators that cling to their traditional systems will struggle, says Pedersen. "They will in my opinion in a few years have to replace technology because the radio is so advanced in 5G that you need that openness to bring in a lot of the AI capability that is necessary to run the networks."

HPE does not seem to break out telecom revenues in its annual reports but does acknowledge in one of today's statements that its communications and media solutions business  one part of CTG  made $500 million in sales last year. It is doubtful investors will even notice open RAN until the late 2020s, at the earliest. But today's pitch is a further sign the hyped technology is here to stay.