Ask a European telecom executive what he wants from regulators and the answer would normally be to not intervene. Meddling by officials has blocked mergers, decimated roaming and stopped operators from imposing usage fees on Netflix. It is a different matter entirely when it comes to open RAN, where government intervention is sought rather than fought. After pleading for state help at the start of the year, Europe's big five  collectively worth $200 billion on local stock markets  are back with their begging bowls.

It is an unedifying spectacle, this Oliver Twist routine by companies that made $21.2 billion in net profit last year. The argument made by Deutsche Telekom, Orange, Telecom Italia, Telefónica and Vodafone is that Europe lacks open RAN talent and will quickly lose out to Asia and the US without its own "ecosystem" of suppliers. Taxpayer money could nurture specialists and support testbeds, they say. The telcos also hope to benefit directly, the latest report makes clear. "Policymakers providing funding and tax incentives to operators, vendors and start-ups" is one recommendation.

Europe has evidently ignored the earlier cry, hence the notes of desperation and hysteria in the report. A prominent analyst has even been co-opted. Caroline Gabriel, a research director at Analysys Mason, writes that "the European Union as a whole is falling woefully short of providing the necessary support for open RAN, putting at risk the future viability of a European ecosystem able to compete with other regions in the world." 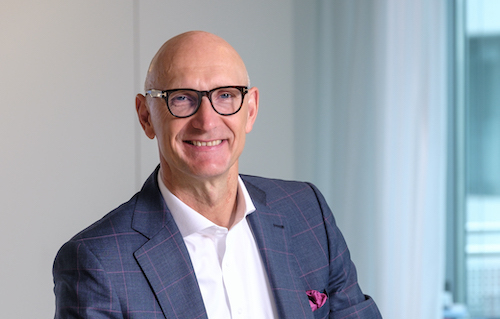 Parts of the telco organization have become fixated on open RAN as a strategic answer to various challenges. Because today's mobile networks make it difficult to mix products from different suppliers at a given site, everything tends to be integrated by one big vendor. Following years of consolidation, Ericsson, Huawei and Nokia dominate this market. Open RAN, essentially, takes aim at this oligopoly.

It brings new interfaces that would, for instance, allow one firm's radios to communicate with another's computing products. That offers a way into the network for specialists that could not otherwise hope to dislodge an Ericsson, say advocates. Open RAN would also come with a generous dollop of virtualization  the ability to run network software on common, off-the-shelf servers.

Europe's telco incumbents have clearly decided it is in their interests not to be dependent on Asian and American suppliers. This alone is curious given how reliant some of them became on China's Huawei during the 4G era. Perhaps the US-led campaign against Huawei, and the disruption it has caused for some operators, explains the desire to have local options.

But the case for government investment in open RAN is very weak, and the latest operator report is littered with spurious claims about the technology. Any smart European official is bound to ask why taxpayer money should be channeled into a relatively obscure and unproven technology when two of the world's big three equipment vendors already reside in Europe. Both Ericsson and Nokia, moreover, have been launching open RAN products. According to sources, they are also responsible for most of the specifications developed by the O-RAN Alliance, a group based in Germany that is steering open RAN design.

No doubt, authorities in the US and parts of Asia have been more proactive, but that does not mean they are right. The American interest is driven by a desire to produce an alternative to the Nordic vendors currently responsible for building most US mobile networks. So far, it has made no difference. Hardware development is still a mainly Asian pursuit. America's rich ecosystem of chip designers, software companies and IT firms existed long before US policymakers began muttering about open RAN. Intel is not the dominant chip player in open RAN because of anything the Trump and Biden administrations have done.

Nor is it clear that open RAN will boost competition and make operators less reliant on a few suppliers. Neil McRae, the chief architect of BT, does not envisage increasing the number of vendors that supply the UK incumbent with the rollout of open RAN. "By working with fewer, you ultimately get quicker outcomes, better outcomes and more economic outcomes most of the time," he told reporters at a press conference last week.

To achieve this, and simultaneously build a network on open RAN principles, BT would probably need to use only one supplier for a particular domain  Mavenir for baseband software, for instance, and MTI for radios  instead of assigning work to integrated vendors on a regional basis, as it does today. The result would be complete software dependency on Mavenir.

McRae does not, of course, speak for all operators, and BT is not an author of today's report. A more fragmented market is possible, but its suppliers would lack the economies of scale that Ericsson, Huawei and Nokia currently enjoy. Prices would have to rise, or consolidation would ensue. And the open RAN enthusiasts know just how vulnerable smaller suppliers are to predatory giants. Just last week, Deutsche Telekom CEO Timotheus Höttges complained about acquisitive US tech firms. "These big hyperscalers are buying very small companies which we are using to digitize our core infrastructure and the software-ization of our infrastructure service," he grumbled on a call with analysts.

An especially dodgy claim in today's report is that using "standard hardware" and network automation will drive down prices, helping to reduce capital and operating costs for service providers. Again, it is BT's McRae who leads objections. "One of the biggest myths is that open RAN is going to save us money," he said last week. "I know how to write open-source code. I know the effort that is required. When you look at the CPU [central processing unit] infrastructure you need, I also know how much Intel sells it for and how much the other five guys who make Layer 1 chips cost."

The report is right about a few things. One is that Europe lacks the semiconductor fabs needed to produce high-end chips. That market is currently dominated by Taiwan's TSMC and South Korea's Samsung, with Intel trying to mount a challenge. But no amount of government support for open RAN will change this. So far, Europe's answer to the semiconductor issue has been to court TSMC and Intel, persuading them to build European fabs that will presumably have Asian and American owners.

Despite goading authorities to fund open RAN, Europe's telco giants have made hardly any serious commitment to the technology. Only Vodafone is rolling it out commercially at scale, and its deployment is limited to about 2,500 of its roughly 19,000 UK sites, where it has been ordered to replace Huawei.

Orange, meanwhile, has publicly said it does not expect open RAN to be good enough for urban use until the mid-2020s. In the foreseeable future, its main interest is in a specific open RAN feature called the RAN intelligent controller (or RIC), a successor to the self-organizing network (or SON). Even if the RIC sector were double the size of today's SON market, it would generate just $600 million in annual revenues, says James Crawshaw, a principal analyst with Omdia (a sister company to Light Reading). The entire market for RAN products is worth between $30 billion and $35 billion annually, according to market research firm Dell'Oro.

Even the analysts most optimistic about open RAN think operators will continue to be heavily reliant on traditional RAN products into the mid-2020s. Analysys Mason's forecast is that open RAN will account for a fifth of all RAN investments in 2026 and generate a cumulative 36.1 billion ($41 billion) in revenues between now and 2026  figures cited in today's report. Other analyst firms, including Dell'Oro, reckon as little as a tenth of annual RAN investments will go toward open RAN by the mid-2020s.

"Right now, operators are testing open RAN while buying classic RAN in a very large way," said John Strand, the CEO of Danish advisory firm Strand Consult, in a research note. "We find it very difficult to see how open RAN should be able to outpace the classic RAN market unless operators across the world stop buying classic RAN solutions tomorrow."

Above all, perhaps, operators should be embarrassed to issue a report calling for government funding of startups when their own investment arms have done so little. The example of Amarisoft is instructive. The French company is one of just five European startups named in the report as active in RAN software. Years ago, it was courted by Orange and talked up as a potential alternative to big kit vendors. But it remains tiny, with only a dozen or so employees, and its relationship with Orange has fizzled out, said Franck Spinelli, its co-founder and CEO, earlier this year.

The real worry for policymakers is that Europe lags other regions on the rollout of 5G and high-speed broadband networks, leaving it economically disadvantaged in the connectivity era. It is home to firms that can provide much of that infrastructure, but the deployment will not happen quickly without a more investor-friendly climate, say critics. Whatever European regulators do next, open RAN protectionism should not be a part of the intended remedy.