Neil McRae spent his formative years in Scotland bashing out software code on computers with rubber keys and original Apples that look as antiquated today as a typewriter. Now the chief architect of BT, he seems to have been immersed in software his whole life. When he is not fixing bugs at work, he writes programs to connect the pinball machines that line the walls of his basement  or what McRae refers to as his "pinball dungeon."

The work and hobby make him ideally qualified to opine on the push for more software-based networks, including open RAN. Thanks to new interfaces, the hyped technology should allow operators to mix and match suppliers, instead of relying on one vendor's system, as most do today. With virtualization, open RAN software could sit on general-purpose equipment. Proponents claim it will boost competition in what they see as an oligopolistic kit market and lower costs. McRae is not entirely convinced.

"One of the biggest myths is that open RAN is going to save us money," he said during a press event this week. "I know how to write open source code. I know the effort that is required. When you look at the CPU [central processing unit] infrastructure you need, I also know how much Intel sells it for and how much the other five guys who make Layer 1 chips cost." 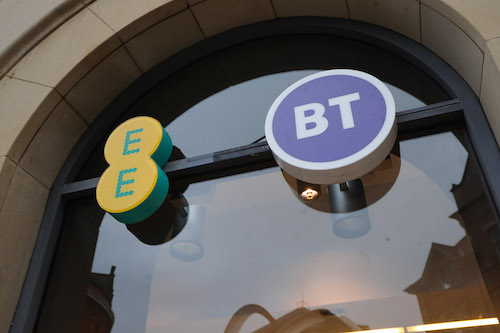 He has more time for the claim that open RAN would spur innovation and produce alternative suppliers. BT, in fact, has been working with Mavenir  a US software vendor eyeing a role in open RAN infrastructure  on a trial of small cell technology, where McRae thinks open RAN might be useful. Another point of interest to BT is the idea of a "neutral host" network that multiple operators would be able to use when serving an enterprise customer. These could prove easier to build with open RAN, says McRae.

BT is also intrigued by a software element called the RAN intelligent controller (or RIC). In theory, that management feature would create a platform for network applications that can adapt to performance needs in real time. BT could, for instance, switch off radios in the early hours of the morning to cut energy costs, powering them up as customers begin to use the network. RIC trials are underway with Nokia and Accelleran, a Belgian startup.

But McRae scotches the suggestion that open RAN would prompt BT to use a more diverse list of suppliers. "I don't think we'd increase dramatically the number of suppliers we work with purely because it is hard to manage that integration and manage them all together," he says.

McRae is similarly unpersuaded that open RAN by itself would end the industry's reliance on a handful of big suppliers, including the manufacturers of chips. "The world is learning at the moment that having only one or two companies that can make silicon wafers is not where we should be," he says. "When this supplier diversity discussion kicked off, we were with the government and the first to say if you really want to fix this you've got much more than just radios to think about." Taiwan's TSMC currently dominates the market for advanced chips.

Not a brownfield option

Staff at the UK phone incumbent are eager to dispel the notion that BT's relative silence on open RAN so far means it has no interest in the concept  or, worse, that it is religiously opposed to it. But there is scant chance of a major investment in the next few years. "Could we build the network we have today purely with open RAN? Absolutely not," says McRae.

A major challenge he identifies would be running a radio system in densely populated urban areas. "You need a super-strong ability to analyze beam paths and demodulate stuff to run the control plane and ensure the whole thing works  and works at high bandwidth," says McRae. Open RAN, he evidently believes, is not yet up to that task. BT's spectrum range  running from 700MHz to 3.6GHz  and its need to support "super-reliable" emergency services would also rule out a widespread deployment of open RAN today.

Is McRae, then, skeptical of the claims about open RAN made by Rakuten, a cheerleader for the technology that is using it to build a nationwide mobile network in Japan? "What the Rakuten guys have done is phenomenal, but if you are starting from a greenfield and you have no customers it allows you to do things that are harder when you have got millions of SIMs and millions of customers and the government relying on your platform," he says.

For all the open RAN fascination, the only brownfield operator in Europe that has made any firm commitment to it is BT rival Vodafone. Earlier this year, it named suppliers for a 2,500-site deployment in parts of the UK where it must replace Huawei equipment before 2028, under government orders. Judging by the lack of activity elsewhere, McRae is not the only executive who needs convincing.