Biden spots yet another Chinese stinker in open RAN

There can be no doubt that open RAN was propelled to international stardom when Donald Trump stuck China's Huawei on the US naughty list. Before then, it was a little-known concept, admired by the sort of technology marketeers who overuse words like "efficiency" and "flexibility." Suddenly, open RAN was a barroom topic for officials who  despite having no idea what it meant  were championing it as the natural, non-Nordic alternative to Chinese equipment.

The latest wrinkle in the story came last week, when Joe Biden, the newest occupant of the White House, showed his Trumpian zeal for adding Chinese names to the Entity List, the sinister-sounding trade blacklist maintained by the US government. Of the 43 new entries, 23 call China their home. And one, awkwardly enough, is deeply embedded in the guts of open RAN. 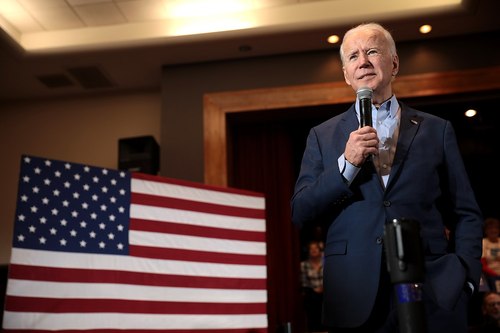 Joe Biden has continued his predecessor's clampdown on Chinese tech.

Compared with Huawei, Kindroid is a telecom tiddler, unknown to many in the industry. It appears to be a subsidiary of Kyland Technology, a Chinese manufacturer that is only slightly less obscure (outside China, at least). According to a statement by the US Bureau of Industry and Security (BIS), Kindroid has been targeted by the Biden administration, along with another Chinese firm called Hangzhou Hualan Microelectronics, for its nefarious, anti-American ways.

These are "contrary to the national security and foreign policy of the United States," says the BIS. "Specifically, the ERC [End-User Review Committee] determined that these entities are acquiring and are attempting to acquire US-origin items in support of military modernization in the People's Liberation Army." Named on the Entity List, they will not be able to procure US technology.

Kindroid is visible in the open RAN community through its involvement in a Bonn-headquartered group calling itself the O-RAN Alliance. While rarely mentioned in mainstream news reports, it gathers up the intellectual property contributed by its members and churns out the specifications on which open RAN networks will rely. Contributors receive royalties on the same fair, reasonable and non-discriminatory (FRAND) terms that are used by the 3GPP, the main cellular standards group.

But Kindroid is not the only Chinese ingredient in this simmering open RAN mix. Several others have also previously been hit by one US sanction or another. They include China Mobile, China Telecom and China Unicom, the big three Chinese service providers, as well as Inspur, a Chinese IT company, and Phytium, a designer of chips. ZTE, a Chinese rival to Huawei that has always been less popular among US allies, is another O-RAN Alliance member that previously served time on the Entity List before it was released on parole.

There are dozens of Chinese members that have not been sanctioned, too. At the last reckoning, some 44 companies participating in the O-RAN Alliance were domiciled in China, according to research carried out by Strand Consult, a Danish advisory group. That gives China a bigger presence in the association than any country bar the US, which had 82 members at the time of the research.

This should not surprise anyone who has tracked open RAN since its infancy. The O-RAN Alliance came into existence in early 2018 thanks to a merger between two older groups, the xRAN Forum and the C-RAN Alliance. The former was Western and internationalist, counting AT&T, Deutsche Telekom, SK Telecom and Stanford University as founder members. But the C-RAN Alliance was as Chinese as dim sum, featuring China Mobile as head chef.

Merging the two groups would have seemed eminently sensible before US guns began firing at Huawei. Globalization was all the rage during the Obama years, and the telecom industry's big beasts have grown old, fat and successful by developing standardized products that can be sold everywhere from Boston to Beijing.

But the fissures that have opened between China and the US make the O-RAN Alliance look incongruous. Telecom executives are even worried the main cellular standards will fracture into Chinese and non-Chinese versions. That could mark a return to the dark days of 3G, when numerous regional standards were in use. Costs would be higher and the industry would be even more riven by geopolitical interests than it already is.

A likely scenario is that 6G turns out to be rather like 2G and 3G  not one standard but two or even three for different parts of the world. If this happens, the non-Chinese standard would presumably be shorn of any Chinese involvement. There would be no role for Huawei or any other Chinese entity and none of those arguments about Chinese ownership of critical technologies.

This is not a description that seems to befit O-RAN Alliance specifications today. It is inconceivable that a group with so many Chinese members, formed when a Chinese association merged with an international one, has developed recipes without any Chinese sauce.

At issue is just how much Chinese code will feature in open RAN products. In laying out their technical priorities for open RAN, some of Europe's largest operators  Deutsche Telekom, Orange, Telefónica, TIM and Vodafone  asked for some of the most important open RAN technologies to be developed on top of Kubernetes, an open-source platform beloved by Internet types. "Kubernetes-based infrastructure shall be the mainstream implementation of the O-Cloud platform to host O-RAN functionalities such as O-CU, O-DU, and near real-time RIC," wrote the operators in their wish list.

Kubernetes, though, has been infiltrated by the Chinese. While it began life in 2014 as a Google project, it currently falls under the remit of the Cloud Native Computing Foundation, an offshoot of the Linux Foundation, perhaps the world's largest open-source cult. By late 2017, Huawei had gained a seat on the Kubernetes Steering Committee. It was also claiming to be the fifth-biggest contributor to Kubernetes.

How much does this matter? Even if some of the software ingredients are Chinese, the open RAN products now sold outside China come mainly from the US and other parts of Asia. But the US government clearly thinks Kindroid and other Chinese firms are trying to pilfer US technology. Allowing American firms to sit next to them in international groups  technology blueprints protruding from a back pocket, so to speak  might not seem wise.

A more prosaic concern is that Chinese involvement in specifications or Kubernetes gives rise to new security threats. During the Trump years, the entire premise was that companies beholden to China's government might construct software peepholes for spying on other countries. No peephole has ever been uncovered, but the worry has not gone away.

The assessment of the Democrats about forthcoming telecom legislation is that it "plays to American strengths by capitalizing on US software advantages, accelerating development of an open-architecture model (known as OpenRAN) that would allow for alternative vendors to enter the market for specific network components, rather than having to compete with Huawei end-to-end."

As jolly as this sounds, it overlooks the ascent of China via the escalator of international standards. Before that, China had failed to establish a homegrown 3G technology as a global alternative. It was only by working through the 3GPP, in concert with non-Chinese vendors, that it was able to thrive. Whether that is good or bad, a repeat in open RAN, 6G or anything else is probably not what US policymakers have in mind.