Cohere Technologies has rapidly emerged as a small vendor with a big story about open RAN. Its beamforming software, deployable on an open RAN platform, can double or even quadruple the capacity of a mobile network, it claims. Some validation has already come from operators including Deutsche Telekom and Vodafone, which have provided glowing feedback after trials. Now investors have stepped forward with new funds.

Around $46 million in total has come during a round led by Koch Investments Group that featured some important strategic investors. They include VMware, the cloud-computing firm whose platform (RAN intelligent controller, or RIC, in open RAN lingo) supports Cohere's application (xApp). Semiconductor giant Intel, which sees open RAN as a growth opportunity, is involved through its Intel Capital arm. Juniper Networks, best known for its routers and switches, rounds out the new group.

Existing investors have also contributed, according to Cohere. It had previously raised about $35 million during a funding round in 2015, before open RAN was really a thing. Telstra Ventures, the investment arm of the Australian telco, stumped up money that time round and is acknowledged in today's release. Others include Lightspeed Ventures and NEA. 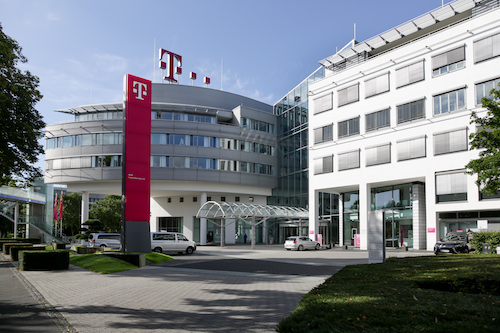 Germany's telco incumbent has had nice things to say about Cohere during trials.
(Source: Deutsche Telekom)

Ray Dolan, Cohere's CEO, had notified Light Reading of the capital injection in December, without being able to provide details of the investors at the time. His basic pitch to the financial community was that a multi-billion-dollar frequency investment could be worth several times that much with Cohere's technology.

"We just funded off that and now the company is extremely well capitalized," Dolan told Light Reading. With what turned out to be a tasty $46 million, he reckoned Cohere would have enough to keep it going this year and in 2023, when it is expected to be profitable.

What he could really use after this funding announcement is a full commercial deal, perhaps with an operator that has talked up its technology during trials. One barrier it faces is the resistance of big kit vendors. China's Huawei remains publicly opposed to open RAN and Ericsson has not opened its products to the xApp technology that Cohere develops. Nokia appears more accommodating, but no tie-up has been announced.

The good news for Cohere is that service providers seem eager to use alternatives to those three. A case in point is Deutsche Telekom, which this week again flagged open RAN trials involving NEC, a Japanese supplier of radio units (among other things), and Mavenir, a US software company. Intriguingly, Deutsche Telekom has already carried out open RAN lab trials featuring Intel, Juniper and  you guessed it  Cohere. Using Intel's hardware and VMware's RIC, the operator managed to double network throughput thanks to Cohere's software, it said.

Cohere does obviously not want to be limited to partnerships with only these companies, important as they are. On the plus side, it was in talks with at least one other RIC platform developer late last year. But it probably needs agreements with the developers of distributed unit (DU) baseband software as well  the likes of Nokia and Mavenir. "The route to commercializing this is going to involve agreements with DU software suppliers," said Gabriel Brown, a principal analyst with Heavy Reading, in December. The funding should certainly help.