Amazon kicked off its annual AWS re:Invent trade show Tuesday with a lengthy keynote presentation from its new AWS CEO Adam Selipsky. Among his many announcements was Amazon's plan to sell its own private 5G network to enterprise customers. 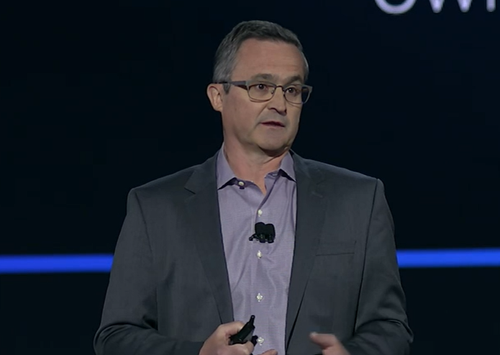 The announcements help to highlight the increasingly complex competitive landscape surrounding 5G. A large and growing number of companies across a wide variety of industries are selling public and private 5G services to enterprises, a situation that is increasingly pitting vendors against their own customers.

For example, 5G equipment vendor Ericsson for years declined to join its rival Nokia in selling 5G equipment and services directly to enterprises. Ericsson argued such offerings would put the company in direct competition with its primary customer base, wireless network operators. However, Ericsson reversed course earlier this year when it introduced its own "Private 5G" offering for enterprise customers.

Amazon now appears to be taking a similar stance. On one hand, the cloud computing company is working to sell its services directly to network operators such as Dish Network. But on the other hand, it's also now selling 5G networking services directly to enterprises. "Watch out telcos," warned IDC analyst Daryl Schoolar on Twitter, echoing growing concerns among 5G network operators of cloud computing companies.

However, other analysts pointed out that Dish may not be threatened by the new private 5G offering from AWS. Jonathan Chaplin, a financial analyst with New Street Research, argued that AWS could help Dish sell its services into the enterprise, thus positioning the upstart Dish gain traction. However, he agreed that a private 5G offering from AWS would likely run directly counter to similar sales efforts by larger companies like AT&T and Verizon, which both manage massive direct-to-enterprise sales operations.

Ultimately, the situation remains fluid, argued analyst Roy Chua with AvidThink, in a post on FierceWireless. "Telcos can look at this [AWS Private 5G offering] as competitive because it competes for the same dollars, but they can also look at this as additional investment from a partner in simplifying the deployment of private 5G."

According to AWS' Selipsky, "it is not easy" to set up a private 5G network using offerings from existing 5G providers.

Currently, "private mobile network deployments require customers to invest considerable time, money and effort to design their network for anticipated peak capacity, and procure and integrate software and hardware components from multiple vendors," AWS argues. "Even if customers are able to get the network running, current private mobile network pricing models charge for each connected device and make it cost prohibitive for use cases that involve thousands of connected devices."

The solution, according to Selipsky, is AWS Private 5G. He said AWS customers will be able to select where they want to build a mobile network and the network capacity they need. AWS will then deliver and maintain the network's necessary small cell radio units, servers, 5G core and radio access network (RAN) software, and subscriber identity modules (SIM cards) required for a private 5G network and devices.

"AWS Private 5G automates the setup and deployment of the network and scales capacity on demand to support additional devices and increased network traffic," the company explained, noting the network will work in "shared spectrum," likely a reference to the 3.5GHz CBRS spectrum band in the US. "There are no upfront fees or per-device costs with AWS Private 5G, and customers pay only for the network capacity and throughput they request."

"It's shockingly easy" to set up and operate, Selipsky boasted of AWS Private 5G. He added that the company will sell the service under a pay-as-you-go model, and won't add any per-device fees.

"Some say we are the AWS of wireless," Rouanne said, explaining that Dish's 5G will be as flexible as the cloud computing service built by Amazon. "Dish is going to be the enabler of technology that people have not even imagined yet."

Broadly, Dish's 5G offering won't be exactly the same as AWS Private 5G. First, Dish commands a wide swath of exclusive-use spectrum. Second, it's obligated to cover large sections of the US under an agreement the company signed with the US Justice Department in 2019.

Nonetheless, both Dish and AWS are targeting enterprises with their respective 5G offerings. But company officials argue they're doing so in a concerted manner. In a press release from AWS, a top Dish executive stressed the company would be able to support AWS private wireless networks alongside its own 5G offerings. "Our ability to support dedicated, private 5G enterprise networks allows us to give customers the scale, resilience and security needed to support a wide variety of devices and services, unlocking the potential of Industry 4.0," said Stephen Bye, EVP and chief commercial officer of Dish's wireless network business.