Eric Stonestrom has been the CEO of Airspan since 1998. He has helped shepherd the company through a variety of market transitions, including its previous incarnation as a supplier of 4G equipment for a handful of mobile network operators looking for innovative ways to densify their networks.

Perhaps Airspan's most noteworthy claim to fame in that arena was its work with Sprint prior to T-Mobile's acquisition of the operator last year. After Sprint's parent SoftBank decided to pull back on an expensive network buildout plan, Sprint turned to Airspan's Magic Box to improve its network coverage and capacity. Stonestrom said Sprint ultimately deployed 300,000 Magic Boxes at the cost of around $400 million  an effort he said resulted in a network that would have cost ten times as much if Sprint had used equipment from traditional suppliers like Nokia and Ericsson.

But Sprint isn't the only feather in Stonestrom's cap. Reliance Jio in India has already deployed hundreds of thousands of indoor and outdoor sites using Airspan equipment. And, perhaps more importantly, Airspan is one of the few hardware suppliers for Rakuten in Japan, a provider that has become a poster child for the opportunities sitting at the intersection of 5G and open RAN technology.

According to Stonestrom, Airspan's previous work in 4G  alongside its ability to integrate its technology into networks supplied by other, larger equipment vendors  positions the company perfectly for an open RAN, 5G future.

After all, open RAN technology promises to allow network operators to mix and match equipment from a variety of suppliers, while 5G networks are poised to supercharge network-densification efforts.

This all brings Stonestrom and Airspan to today. In just a few days, the company expects to go public via a merger with a special purpose acquisition company (SPAC) called New Beginnings Acquisition Corp. (NBA). Airpsan's stock will trade under the ticker symbol "MIMO." 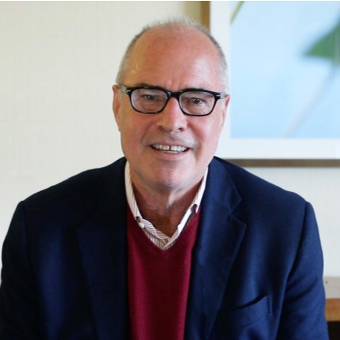 In an interview with Light Reading earlier this month, Airspan's Stonestrom discussed the company's overall position in the market and its general plans for the future as a publicly traded company. The below is a transcript of his comments edited for brevity and clarity.

Light Reading: Why did you choose the ticker symbol MIMO for Airspan's planned public offering?

Stonestrom: We are very big and early appliers of MIMO, and we have a great set of products now, 128x128 MIMO in millimeter wave and really phenomenal stuff.

Also, we acquired Mimosa [in 2018]. Unrelated [to MIMO technology], but its name, if you shorten it, is MIMO.

Light Reading: What are the main benefits you see in Airspan becoming a public company?

Stonestrom: That's three things. First and foremost, it gives us a public currency, which is super-important for recruiting. The race for talent is just ferocious right now. And you have some new names recruiting really aggressively. Big tech companies like Facebook and Amazon suddenly in the mix.

We really want the best and the brightest. That's always a harder thing to explain when you're a private company. It's a lot easier when someone can look up the value of stock.

Another reason is getting more, bigger customers. You know, we went from SoftBank being 85% of our business a couple of years ago. I spoke three times a week to Masa [Masayoshi Son, SoftBank's CEO] and he knew everything about the company. And so there was no question about, who are these guys?

But when you start selling to more traditional, conservative, Tier 1 carriers, they want to see a public company with procurement departments, things like that. They like the transparency. So that was an important thing.

And M&A opportunities I think are tremendous right now, because we've proven we can sell at scale to big carriers. And so we see a lot of things we can buy and use the stock to acquire.

Light Reading: Airspan has listed cable companies as almost equal to mobile network operators in terms of potential revenues. Can you talk about why Airspan is so optimistic about sales of equipment to cable operators?

Stonestrom: This is not a new journey for us. Our very first check that we ever got from SoftBank was back when they were looking at acquiring Clearwire and they did some experimentation with one of the big cable companies. [Stonestrom declined to provide details around much of this work.]

We had meetings in late 2017 at the top of the house with the two biggest cable companies: What could happen if you put together the spectrum that Sprint had with the assets that they had? How could that allow them to build a world-class infrastructure? Those conversations didn't go anywhere. I think there were just too many titans wrestling around the wrestling rink.

We built a product to do that [use a cable company's network for mobile backhaul] and got that deployed at Altice and Cox through Sprint. So even though we didn't proceed with the other two giants, they [Cox and Altice] put about 25,000 units of ours up, and it was a record for us.

We didn't lose relationships with the other cable guys. We stayed very active with them. And then they went and bought CBRS spectrum last summer. So that gave them the missing link from the original conversations  which was that they didn't own any spectrum assets. That cleared the decks for them to do their own networks.

So that's what's happening now, and we'll see how far this goes. We haven't announced anything publicly yet, but it's an exciting part of our future.

Light Reading: How important is open RAN to Airspan?

Stonestrom: First and foremost, we got our teeth cut on the open architectures in the 4G cases like Reliance Jio, where Samsung did the macro layer and we are doing the smaller outdoor and indoor [layer].

Similarly, in Sprint, we had to come in to territories that had been 100% Nokia or Ericsson or Samsung. And so we have experience with open.

The difference in 4G was, it took really charismatic leaders who actually owned the company to be able to force anything to us. If you went to a normal, run-of-the-mill telephone company, they would have said, 'We buy Ericsson here and we buy Nokia there, and it's just too hard to get you in.'

So the greatest thing about open RAN to me is not the specifics of the standard, but the fact that it's normalized the stuff we already proved in 4G, in the exceptional cases. So that's really exciting because that allows the whole proprietary legacy environment of Nokia and Ericsson to get challenged.

Now, that said, I still think 80% of the spend for the next five, six years in the brownfields [established networks] is going to be with those types of vendors on macros [large cell towers]. I'm not predicting we're going to suddenly have 15 Tier 1 [customers] a year from now.

And there's one other important point: The operators can't say no to this [open RAN] concept because they're under so much more price pressure.

So if open RAN succeeds wildly, we succeed.