VNFs: The Good, the Bad & the Ugly

It is not every day you hear an operator suggest a virtual network function (VNF) has all the beastliness of Eli Wallach's villain in The Good, the Bad and the Ugly.

Alexey Gumirov, a senior design specialist for Deutsche Telekom's pan-net project, wanted to name his presentation at this month's SDN NFV World Congress after the spaghetti western classic. He decided against it to avoid reinforcing a stereotype about downbeat Russians. "First steps on the road of a thousand miles," the eventual title, anticipates the start of a great journey. But Gumirov's message was still about the bad and the ugly in the Wild West of network functions virtualization (NFV). (See DT's Terastream: A Bigger Splash? and DT Demands Automation, Cloud Tech From Pan-Net Suppliers.)

Of course, there was plenty of that before Gumirov's presentation. This year's event in The Hague was marked by disappointment that NFV is still a problem child at the age of six. Yet there were flickers of optimism that technology readiness is no longer the issue. Rather, it is a lack of appropriate skills and the right cultural mindset that holds telcos back. For anyone feeling this way, Gumirov's talk would have come as a shock. The technology is not all ready, he made abundantly clear. In some cases, it is not even close. 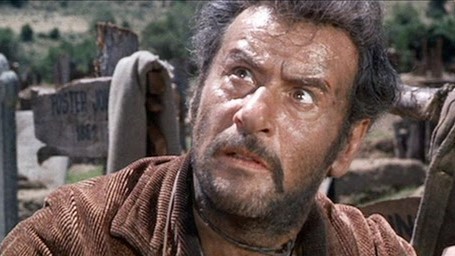 "What do you mean my VNF's not cloud-native?"

By "ready," we mean "cloud native," the latest buzz phrase to grip the industry. Virtualization has already happened to the extent vendors have repurposed existing physical network functions to run on virtual machines (VMs) that operators can, in theory, deploy with more hardware freedom. This has not, however, brought many benefits. Disgruntled operators now want to see functions broken into smaller components and hosted in lightweight "containers" that can run on "bare metal" servers or in a virtual machine. Behold, the cloud-native VNF, or what some are calling simply the CNF (cloud-native function), which you can deploy in any public, private or hybrid cloud environment. (See NFV 1.0 Is Passé; Cloud Native Is Coming.)

Gumirov's honest assessment is that Deutsche Telekom AG (NYSE: DT) is somewhere between the old physical network function and the cloud-native VNF, at an overall stage he optimistically terms the "cloud-ready VNF." While some functions have been relatively easy to "cloudify," such as the voice platform and telephony application server (TAS), others have not. In fact, when it comes to some of the mission- and performance-critical functions, the industry appears to be heading in the wrong direction entirely, according to Gumirov. "The trend is a bit scary," he said.

For Deutsche Telekom, the seriously bad and ugly VNFs are the vEPC (evolved packet core), the vBNG (broadband network gateway) and vCPE (customer premises equipment). In the case of the vEPC and vBNG, Gumirov notes a particularly unwelcome move to consolidate more functions in the same virtual machine. These consequently seem to have become very concentrated and centralized. "It is quite clear that hardware dependency is involved in this process," he said. "You get the concept of a few VMs running on high-performance equipment."

In a progress-to-date slide that featured hardly any smiley faces, and plenty of sad ones, Gumirov outlined various other pain points. The lack of horizontal scalability is a one such gripe. "In the lab you have some demo and when it comes to a live deployment the producers of VNFs say it is better not to do horizontal scaling," he said. The entire list is featured in the graphic below (although we have substituted thumbnails of Eli Wallach for sad faces), but Gumirov's broad take is that industry progress toward the cloudification of these functions is "slow."

The Good, the Bad and the Ugly of Cloudification 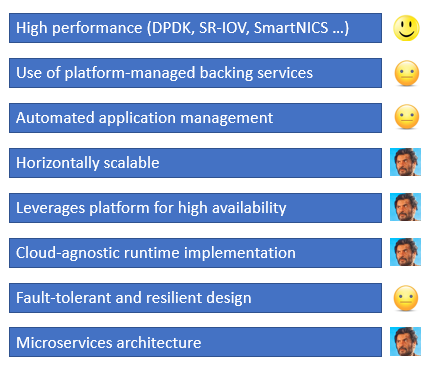 Gumirov insists he is not trying to blame the vendors. One problem, he says, is that operators underestimated the challenge. They have also put vendors under huge pressure to go to the cloud while delivering high-performance results on the spot. In the meantime, parts of the telco organization have resisted an overhaul, he suggests. "There is talk of the need for a revolution but it is a risky message because financial management doesn't want this," he said. "They want income and profits to grow."

The telecom industry is also burdened by its standardization past, according to the Deutsche Telekom executive. The 3G and 4G "way of working" led to monolithic designs, he reckons, and the telco industry is now designing software for the cloud in the same manner. The result may be that applications are not "abstracted" to be technology-agnostic. "I don't want to send a pessimistic message but maybe we have to go back to basics and understand abstraction and try to decouple the network from the application as much as possible," said Gumirov. "Then applications will become more web-like and scalable."

Borrowing a phrase from the crisis-stricken financial services industry of 2008, Gumirov says VNF components have become "too big to fail." The knock-on effect of that is partly psychological, it seems, as operators develop lifecycle practices that are not cloud-friendly in the strictest sense. "It is like having legacy practices in the cloud," said Gumirov.

True cloudification has quickly emerged as a priority for many telcos, as they face up to the disappointment of first-generation NFV. But the progress report from a technology expert at Europe's biggest operator is troubling. If the development of genuinely cloud-native applications is as critical as some operators say, the industry needs to hear a lot less about the bad and the ugly -- and soon. (See NFV Struggles With Its Six-Year Itch.)