Save Us 40% or Don't Bother, Hrvatski Telekom Tells NFV Vendors

"It's not my age or a winning lottery number but answers the question your management board will ask you: 'How much will you save with new technology?'" said Goran Car, the operating director of core network and service platforms for Croatia's Hrvatski Telekom. "For us, every function we virtualize needs to deliver 40% on TCO [total cost of ownership]. Without that, we're not getting into a project." 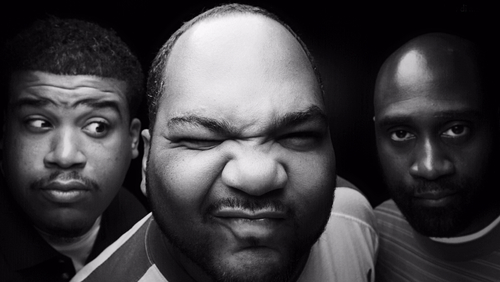 De La Soul didn't have the answer on virtualization. Or much else.

Majority owned by Deutsche Telekom, Hrvatski Telekom has been at the forefront of the German incumbent's virtualization plan. By Christmas 2022, it aims to be an entirely "software-defined operator," Car told attendees at this week's 5G Core Summit in Madrid. It has already made several bold moves and learned something about the dos and don'ts of virtualization on the way.

On the 40% plan, the virtualization of several network functions has led to savings that exceed the magic number. Hrvatski Telekom slashed the five-year TCO by 49% for one mobile data function and 61% for another through virtualization. On the fixed network side, it saved 44% by virtualizing a data function and 48% with new voice technology.

Hrvatski Telekom has worked with multiple vendors, something many operators are keen to do as they virtualize their networks. Unsurprisingly, then, Car does not agree this will always be more expensive than sticking with a single supplier. "This doesn't necessarily add cost if you are ready to put a mix of changes into the network on top of virtualization," he said.

Those changes mean overhauling the network, architecture, design and functional specifications, as well as the commercial models and vendors. Mistakes that are made on projects often result from overestimating the maturity of the technology, oversimplifying the business case and overestimating the organization's readiness for change, said Car. Getting employees to adopt a software mindset is typically a bigger challenge than introducing software into the network, according to many telco executives. "Not everyone wants to change or is ready for change and you need to push it," said Car.

Otherwise, your best option, he reckons, is just to slap a "cloudified sticker" on existing Ericsson and Nokia equipment. "You will save resources and time," he said. "If you really want the benefits, you need to be ready to change." And if there are not obvious rivals to Ericsson and Nokia, then operators need to get their hands dirty, said Car. "There are some areas where technology and market options are limited. In that case, I would suggest exploring alternatives like developing software with startups."

That is exactly what Hrvatski Telekom did when searching for a virtual BNG (broadband network gateway). Faced with a paucity of options, it took a more active role than usual and within six months, working alongside an unidentified alternative technology supplier, had been able to deploy technology in the production network that could support 50Gbit/s throughput for every single 10,000 ($11,000) server.

Similar issues surround the company's rollout of virtual EPC [evolved packet core] technology. For its deployment to make sense, Hrvatski Telekom decided it would need to have at least 20Gbit/s throughput for a single dual-CPU server, once power efficiency was factored in. "Some vendors couldn't reach that in the RFP [request for proposal]," said Car. The operator was able to overcome this hurdle, but new ones have popped up. Given the demands of 5G, its plan is to boost throughput to 50Gbit/s in the next 12 months. "With microservices and cloud-native software, we need to increase performance even more and reach at least 80Gbit/s throughput for the business case to be positive," said Car.

The demands add to the pressure on the vendor community and explain why operators have taken a growing interest in network startups. But they should not come as a shock. Hrvatski Telekom's broadband traffic alone was up 32% in the first nine months of 2018, compared with the year-earlier period, according to its annual report, and yet full-year revenues remained flat, at about 7.8 billion Croatian kuna ($1.15 billion). Thanks to efficiency measures, the company's earnings (before interest, tax, depreciation and amortization) showed a 1.5% improvement, to nearly HRK3.2 billion ($470 million). If the financials are to remain healthy, it will need even more success with that magic number.