Fran Heeran, who has been leading Vodafone's cloud, automation and virtualization efforts for the past 20 months, has jumped ship to join Nokia Corp. (NYSE: NOK), a company he left just three years ago.

Heeran joined Vodafone Group plc (NYSE: VOD) in July 2017 to take responsibility for the development of the operator's cloud network developments: His initial job title was group head of virtualization, SDN and NFV -- that evolved to become group head of cloud and automation in mid-2018 as Heeran looked for ways to speed up the shift towards cloud-native platforms and applications in the broader telecom sphere. (See Vodafone's Heeran: Defining the Telco Cloud, Vodafone's Heeran: Cloud-Native Apps More Cost Competitive and Who's Steering Vodafone's NFV Ship?)

Prior to joining Vodafone, Heeran was at Netcracker for about 14 months, heading up that company's SDN/NFV team, and he previously worked for more than four years at Alcatel-Lucent, where he was SVP and general manager for the Communications & Collaboration Business, before leaving in May 2016.

By that time, AlcaLu had been part of the Nokia empire for about five months -- the Finnish giant closed the acquisition of its fellow vendor in January 2016 to create a company that, at the time, was battling with Ericsson to be the #2 player behind Huawei. (See Nokia to Claim #2 Carrier Vendor Ranking and Nokia & AlcaLu Officially Combine Operations.)

Now Heeran is heading back to Espoo. The move was first reported by Market Mettle and confirmed to Light Reading by Heeran, who was unable immediately to comment further.

The appointment will be seen as something of a coup for Nokia: Heeran, who is well liked in the industry, will be able to bring operator as well as telco software experience to Nokia's telco cloud team just as all of those skills will be needed in abundance by vendors seeking to become strategic 5G partners to network operators. (See Piecing Together the 5G Big Picture.) 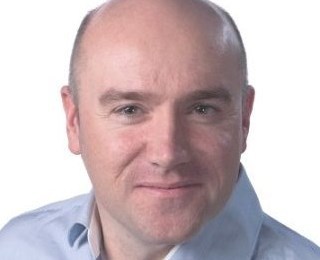 Fran Heeran is moving from Vodafone to Nokia.

The move looks likely to cause something of a headache for Vodafone, which will now need to find yet another executive to follow in the wake of Heeran and David Amzallag to head up its telco cloud platform developments. (See Amzallag, Vodafone's SDN & NFV Man, Leaving in June.)

"This is a bit worrying for Vodafone," says James Crawshaw, senior analyst at Heavy Reading. "It suggests all is not well with their technology management," he added.