Is X by Orange Showing Us the OTT Future for Telcos?

AMSTERDAM -- Open Networking Summit Europe -- Orange has subverted the traditional network-based telecom services model with the launch of a new venture in Spain called "X by Orange," which is offering cloud-based enterprise services to small and midsized enterprises (SMEs).

The twist is that the Orange Spain network is not involved. The services are marketed with the Orange brand, but are hosted in the public cloud, based primarily on a platform developed by Red Hat Inc. (NYSE: RHT), and offered as an OTT set of applications to enterprise users over whatever Internet connections they have, though naturally Orange Spain is happy to bundle in any connectivity service a customer may want. (See Orange Launches 'X By Orange' Venture with Red Hat's 'Cloud-Native' Tech.)

If successful, the move could have long-term implications for the way service providers attempt to tackle the great untapped market that, so far, they have collectively failed to profitably tap -- the SME market.

It also says a lot about the painfully slow development of real-world NFV capabilities. Here's why. 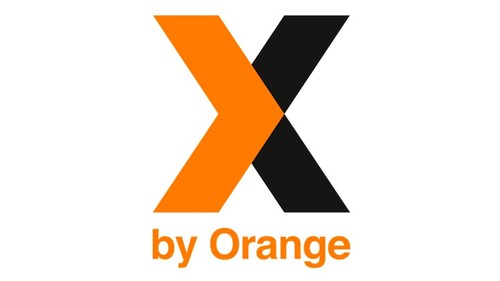 Orange (NYSE: FTE) has been focusing much of its NFV energy in the past three or so years on building an enterprise services platform and its early signs were encouraging. (See Orange Plots Mass Network-as-a-Service Rollout.)

But the process of enabling services built on NFV infrastructure (NFVi) running virtual network functions (VNFs) is still far away from the promised land. Jehanne Savi, a program director with strategic responsibility for NFV and SDN developments at Orange, noted here that, in its Orange Spain operations, it had taken nine months to successfully "onboard" a single VNF and the cost of doing so was 6 million ($7 million). That's quite clearly an unsustainable model for any telco cloud strategy.

So with NFV still not industrialized, Orange has instead bridged the gap with a public cloud-based offer in Spain that, if successful, could be replicated in other markets, noted Emmanuel Lugagne Delpon, the director of Orange Lab Networks, during a conversation with Light Reading. (See Orange Moves to 'Industrial' NFV Phase, Will Start in Spain.)

The initial services to be rolled out using the Red Hat OpenShift Container Platform running on the Amazon Web Services public cloud will include: secure SD-WAN connectivity, based on technology that Nokia's Nuage Networks has developed; unified communications; managed network security services based on technology from Check Point Software Technologies Ltd. (Nasdaq: CHKP); and a suite of unified collaboration and communications tools. Red Hat tells Light Reading that this is the first such launch (of telco OTT services) using its container platform.

Other X by Orange services will be rolled out in the future, according to Orange Spain, which notes that the services will be charged at a flat rate to SME customers and made available (as well as configured and provisioned) via an online portal.

And for the SME market, why would the public cloud model not become the norm if the Spanish deployment proves to be a success? It could throw an internal spanner in the operator's ongoing efforts to make NFV a workable solution.

It could also sow the seed of NFV doubt in the minds of other operators, especially the Tier 2 and Tier 3 operators that don't have the resources to participate in the open source initiatives, such as ONAP, that are driving many Tier 1 operator telco cloud strategies. After all, why go to the expense and time of building a cloud-based platform and battle with the orchestration and onboarding challenges associated with NFV when revenue-generating services can be offered from a public cloud platform? (See NFV 1.0 Is Passé; Cloud Native Is Coming.)

X by Orange might look like a localized commercial experiment, but it could become a landmark in telco digital transformation developments that undermines NFV plans far beyond Spain.

FranP 10/28/2018 | 8:35:25 AM
x by Orange shows a change in the intention to have an own cloud service offer?
Interesting news!, does this mean that Orange is abandoning their intention to have an own cloud service offer and start relying and using AWS?, at least this is what they are doing for this criticial service.
Or they will intend to sell to their customers a service on which they do not rely for their own utilization? (good for selling but not for consuming ;-)).
Reply | Post Message | MESSAGES LIST | START A BOARD
EDUCATIONAL RESOURCES
sponsor supplied content
IoT Device Testing: Importance of Understanding Use Cases
Intelligent Innovation - How Open Interfaces Are Driving Innovation
Intelligent Optimization - How Intelligent RAN Automation Will Re-energize the SON Market
Intelligent Operations - How AI Plays a Critical Role in Network Operations
Intelligent Security - How the SMO Can Enhance the Security Posture of Open RAN
The TCO And Environmental Benefits of the Juniper Networks Cloud Metro Network Solutions
Cloud Metro: Reimagining Metro Networks for Sustainable Business Growth
The business benefits of network automation-as-a-service
Educational Resources Archive
FEATURED VIDEO
UPCOMING LIVE EVENTS
Transforming the Cable HFC Network Breakfast Event at SCTE Cable-Tec Expo
September 20, 2022, Breakfast Event
Cable: 5G's Friend or Foe? Breakfast Event at SCTE Cable-Tec Expo
September 21, 2022, Breakfast Event
All Upcoming Live Events
UPCOMING WEBINARS
July 12, 2022 Private 5G & The Telco Opportunity: Lessons from Real-World Implementations
July 12, 2022 Driving AI & Automation in CSP Networks
July 14, 2022 Scaling 5G to new frontiers with NR-Light
July 21, 2022 SCTE® LiveLearning for Professionals Webinar Series: Prepping Cable's Networks for 10G
July 26, 2022 Critical 5G Assurance Requirements
July 27, 2022 The SMO and RIC are key to next-generation RAN
July 28, 2022 Creating the data giga plant with Vodafone and Google Cloud
Webinar Archive
PARTNER PERSPECTIVES - content from our sponsors
How to make billing systems fit-for-purpose in digital era By
Sunrises 5G journey: technology, business and collaboration By Remy Pascal, Omdia's Principal Analyst
The Promise of IP + Optical Networks By Huawei
Huawei Holds LATAM ICT Congress 2022 to Light up Digital LATAM with MBB By Huawei
Huawei's NetEngine 8000 M4 Universal Service Router Wins the Interop 2022 Best of Show Award By Huawei
All Partner Perspectives
GUEST PERSPECTIVES - curated contributions
More work ahead on closing digital divide  but it should be done right By Gary Bolton, President & CEO, Fiber Broadband Association
Back to the future: why the next generation of PON needs to look backward By Maurizio Severi, Head of Fiber Business Line, Fixed Networks, Nokia
All Guest Perspectives
HOME
Sign In
SEARCH
CLOSE
MORE
CLOSE