Dell Technologies Has a New CTO

Ihab Tarazi, the former CTO at data center giant Equinix and until recently the CTO at edge cloud specialist Packet, has joined Dell Technologies as its CTO of networking and solutions.

The new role puts Tarazi in a key position to collaborate with network operators and the broader telco cloud ecosystem to develop the next-generation compute platforms that (in theory) will help deliver the promise of 5G.

Network operators know that to make the most of their 5G opportunities and, to put it bluntly, survive in the long term, they need to operate a distributed compute and storage, cloud-native platform as part of their networking infrastructure: The advent of NFV was the starting point for that shift, but progress has been slower than expected and needs to speed up as 5G services start to come to market and enterprise user expectations grow.

Companies such as Dell Technologies can play a key role in helping network operators figure out exactly what kind of telco cloud platform they need and, importantly, whether they need to build it themselves, especially in the infrastructure wild west that is edge computing.

Tarazi, who has previously worked at Verizon (2006-2013) as VP of engineering and technology as well as at Equinix (2013-2017) and Packet (2018-2019), has the experience that could give Dell a boost as it battles with the likes of HPE, Lenovo, Huawei and a host of specialists such as Edgecore Networks to provide the relevant technology layers. And, of course, Dell has the added advantage of having VMware as part of its in-house telco cloud/virtualization proposition. 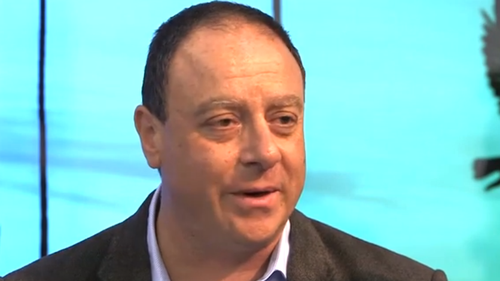 Ihab Tarazi, now CTO of Networking and Solutions at Dell Technologies (picture from video interview with Light Reading in 2017).

Tarazi joins Dell Technologies as the company ramps up its efforts in the telecoms sector: "Dell Technologies overall is putting a significant focus and investing into telecommunications and the service provider world," Tom Burns, Dell's senior vice president and general manager for networking and solutions, told Light Reading last month as the vendor announced a significant collaboration with Orange.

The new CTO also joins Dell Technologies as its financials improve: It recently reported a 3% year-on-year increase in fiscal first-quarter revenues to $21.9 billion and an operating profit of $550 million, compared to a loss of $153 million a year earlier.

The move, of course, leaves Packet, which boasts Dell Technologies Capital as one of its investors, searching for a new CTO less than a year after Tarazi joined.