Industry pundits are fond of saying that the communications market is in the middle of "unprecedented" innovation. Not true. We've actually seen this level of creativity before -- way back in the 1970s.

That was the era when developments in microprocessors set off a huge explosion in computing.

And yet it was also when success was constrained by the proprietary nature of the technology. As the customer, you bought your computer from IBM, DEC, Wang (heh), Honeywell or whoever, and you used the code (today we call them "applications") that the manufacturer sold with their massive computer box thingy.

It was the first and biggest technology "user lock-in" that the computer tech industry had seen. And customers paid the price -- figuratively and literally.

Today, it looks like we're heading back to that proprietary environment. And the effect on end users -- enterprises and service providers -- will be the same: Paying more money for less choice.

Want to learn more about 21st Century networking? Join me at Light Readings Automation Everywhere on April 4 in Dallas. We will be tackling the business and technology challenges behind driving network automation. The event is free for communications service providers -- register today!

Why is this happening?

Back in the 1970s the proprietary nature of computing triggered a visceral reaction in the adjacent world of communications, as standards bodies such as the International Telecommunication Union (ITU) and Institute of Electrical and Electronics Engineers Inc. (IEEE) took a stand to make sure that technologies that were vital to the growth of the global economy couldn't be co-opted by a single vendor.

Vendors took these standards seriously, for very good reason, knowing that if they didn't comply they'd be left on the outside of a free market technology economy/ecosystem comprising a bunch of standards-compliant competitors.

But then, somewhere in the first decade of the 21st century, our industry forgot about the importance of standards.

Partly this was because of the undeniable appeal of "open source." It's not hard to see why, with so many instances of open source code being successfully deployed in telcos around the world, our industry thought the same approach could work when virtualization became the "next big thing."

In the case of SDN virtualization, to a certain extent it has. But with the exponentially more complicated world of network functions virtualization (NFV), it has been a disaster.

In fact, in my view, far from being "open," the work on NFV has turned out to be both proprietary -- nothing more than a giant production line of poorly thought-out and utterly incompatible code -- and massively political (think Brussels bureaucracy, but for computers).

The result is that, as an industry, we've spent the past five years making an utter balls-up of determining the new software-based infrastructure that will form the underlying foundation for all applications and services in the future.

Instead of a clearly defined network layer, we now have a jumble of incompatible approaches to NFV, none of which work together without a huge lift involving lots of expensive lab work. Indeed, more than five years after NFV first became a "thing" in telecoms, Heavy Reading surveys of the world's major operators show that interoperability and the integration of virtualization technology with legacy technology is still the biggest barrier to successful NFV implementation. 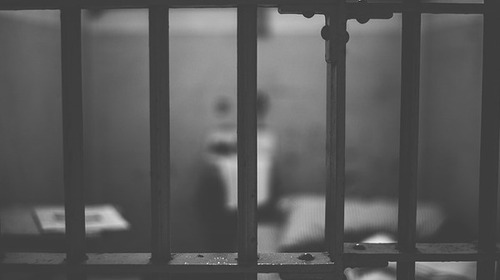 Network operators will struggle to find a 'Get out of lock-in free!' card once they're trapped behind vendor bars.

Ironically, recent industry efforts to demonstrate NFV interoperability have actually shown how hard it still is to get virtualization products from different vendors to work together. Participants at ETSI's most recent NFV Plugfest event in January this year say the only way to get products from 24 of the 25 participants to "talk" to each other was by manually hard-coding the buggers -- a process that does little more than allow vendors to feel a bit better about themselves and be able to claim some sort of interop success.

(Note: The one exception to this manually-intensive exercise at the Plugfest was EnterpriseWeb, a company that has developed middleware that provides interconnectivity between different products without the need for hard coding and which, according to testimony seen by Light Reading, delivered on its promises. Disclosure: I am an advisor to EnterpriseWeb.)

This is not how technology in the 21st century is supposed to work!

No simple, plug-and-play interoperability = No falling prices = No free-market-technology-economy-soup for you!

This doesn't mean we don't have innovation galore in the industry right now. The cost of entry for companies that want to code new and exciting applications and services is, as the US President is want to say, a small loan of a million dollars. That's literally all it costs to put together the software engineering team and servers that are required. What it does mean is that the software they produce won't work over the networks for which it's designed without a ridiculous amount of trial and error. And expense.

My suspicion is that a lot of the incumbent vendors aren't so unhappy about how things have played out. If you're a company caught in the crosshairs of a rapidly shifting and increasingly unpredictable market, such as Ericsson or Nokia, for example, and the comms market isn't delivering the revenues you thought it would, the idea of jumping into a time warp -- Weeeee!!! -- back to a world where you can charge more and the customer has fewer options probably sounds, well, brilliant!

But I'll tell you who isn't thinking like that, though -- the Chinese. When the New IP Agency (NIA), a not-for-profit organization that I help run, recently announced the industry's first and only independent, open, NFV interoperability certification, designed to clear up the current miasma, Huawei and ZTE were the ones that signed up to be certified first. (See NIA to Tackle NFV's Ball & Chain: Interoperability.)

These companies understand that having virtualization technology that is proven to work with code from third parties -- yes, even from their competitors -- and then have the results and methodologies made public so they can be accessed and referenced, is the only way to assuage the concerns of service providers and light a fire under the virtualization market.

And if vendors in the rest of the world don't follow the example of the Chinese -- and soon -- we are going to end up with a situation where the Chinese beat them at a game that the West invented (successful, interoperable, standards-based technology).

Last week I was visiting an enterprise organization in North America that is deploying one of the most advanced networks in the world -- a software-based, virtualized architecture with analytics and automation capabilities. The. Whole. Nine. Yards.

I asked them if they weren't worried about the fact that today's next-gen applications aren't readily interoperable with the virtualization infrastructure from third-party suppliers. "Oh no," came the answer. "We're a Cisco shop."

From that statement, it's just a short hop to "no one ever got fired for buying IBM."

And then getting fired for buying IBM.

I suspect that this is less the case compared to the notion that too much emphasis was placed on standards such that the over-hyped importance began to get ignored -- because of so many competing standards. Nowadays, standards bodies are treated more like their own businesses. They more resemble partner vendors more than they are like traditional industry standards.

Or, put another way, every business is for profit.
Reply | Post Message | MESSAGES LIST | START A BOARD

you are 100% right. I "played" a lot in the old standard world (ITU/ETSI) with different responsiblities and roles.

That world was not at all perfect and derserved a deep renovation, but today there is NOTHING.

Open Source projects die as well.  There are many completely dead ones out there including many where technology stabilized for 5+ years and people abandoned the project.  Then you have new projects that you have to adapt to.  So just being in Open Source does not guarantee continuity of supply.

What I think is actually desired is to specify a number of components that have the exact same interface and behavior.  Then have these provided by multiple sources for free.  I just don't see how that works for vendors.

mendyk 2/20/2018 | 3:00:02 PM
Safety lock I wonder how important the idea of open systems is to network operators. Given the choice. maybe operators would prefer to do business with a vendor that isn't going to disappear at some point rather than take on the responsibility for implementing open systems. At this point, though, there are very few reasonably sure bets regarding vendor survival. Which means operators may have no choice but to embrace the open.
Reply | Post Message | MESSAGES LIST | START A BOARD
EDUCATIONAL RESOURCES
sponsor supplied content
Private 5G Networks and Testing
Conquer your 5G challenges with Intel® FPGA wireless solutions
Build your Radio Access Network (RAN) on Intel® FPGAs
Are you ready for 5G? Intel is
Unlock new use cases and increase network efficiency with an open vRAN solution
Accelerate the next wave of 5G Network Transformation with Intel
Run CNFs on Virtual Machines To Optimize Your 5G Networks
Video: Service Provider Customer Story Highlights from VMworld 2020 Telco 5G Track
Educational Resources Archive
More Blogs from From the Founder
So Long, & Good Luck With That