If Winston Churchill had been a telecom technologist in the 21st century, he might have said: "Open source is the worst form of software development, except for all the others."

Some in the telecom industry have poured scorn on the notion that open source communities could do the work traditionally done by standards development organizations. But a recent survey by Heavy Reading found that "98% of CSPs are confident that open networking solutions can achieve the same level of performance as traditional networking solutions."

To learn more I headed to Amsterdam to attend the Linux Foundation 's inaugural Open Networking Summit (ONS) Europe, where communications and cloud providers discussed the future of open source initiatives that support SDN, NFV and other telco cloud developments. There was plenty of evidence there that operators are supporting open source initiatives, but also plenty of evidence that making use of, and benefiting from, open source technology is going to be a significant challenge for those operators.

Welcome to the Jungle 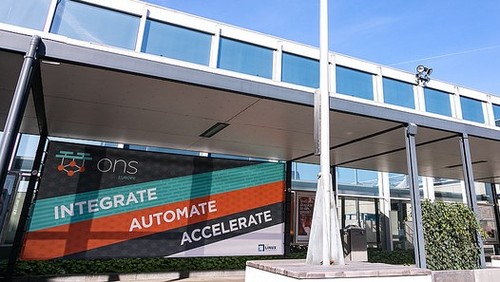 The Open Networking Summit Europe event provided evidence of significant telco support for open source technology and also highlighted how far there is to go before that tech becomes mainstream in production networks.

A major focus of the event was the Open Network Automation Platform (ONAP) project for NFV orchestration (and more). Emmanuel Lugagne Delpon, the director of Orange Lab Networks, drew an analogy with the creation of the GSM standard, which sought to replace the fragmented world of analog mobile telephony with a pan-European and then global standard. "Alignment of a single orchestration solution is a must," urged Delpon, noting that Orange was already issuing RFPs that required ONAP compatibility.

The GSM analogy is, of course, ironic, given that it's a classic example of standards body development, having been initially set up by a pan-European telecom regulator club in 1983. Things have changed a lot since 1983, and while standards bodies are still important for agreeing many technical specifications, open source projects with appropriate governance are perhaps better suited to management-layer software development.

Orange was well represented at the event, with several speakers in addition to Delpon, but other major operators also participated. As key contributors to projects such as ONAP, AT&T and China Mobile had several speakers, while Deutsche Telekom, TIM and Vodafone also presented their views. Vodafone's Fran Heeran, group head of Network Virtualisation, Cloud and Automation, urged vendors to come forward with ONAP solutions, noting that Vodafone itself did not have the developer capabilities to contribute code, a view echoed by TIM's Cecilia Corbi. (See Vodafone's Heeran: Defining the Telco Cloud.)

What I liked most about the event was that there was frank, open discussion about the challenges that open source projects faced. ONAP was criticized for being monolithic, unstable and inflexible; documentation was often cited as a weak point. China Mobile's Lingli Deng highlighted the project's immaturity by describing it as "a fat baby." John Zannos, CEO of Inocybe and a board member of LF Networking, described ONAP as "a Swiss army knife on steroids." Some of these issues will be addressed, at least in part, with the November release of ONAP, dubbed Casablanca, but there will still be much room for improvement in future releases.

ONAP was not the only project under the auspices of the Linux Foundation debated at the event. Other projects discussed included Acumos (a framework for AI development), CORD (central office rearchitected as a datacenter), Open Daylight (SDN control) and OPNFV (compatibility testing for NFV infrastructure).

Next year's ONS Europe will be in Antwerp, Belgium, and I hope the participation from CSPs and the vendor community will be stronger. As Dr Paul Doany, CEO of Turk Telecom, said at the event: "Telcos are cash cows that don't invest in innovation  but they are starting to wake up."