Comment (1)
At the Hewlett Packard Enterprise and Intel VIP Reception last week attendees were treated, after a hard day at the SDN NFV World Congress, to pink champagne and a panel titled "From NFV to Cloud Native: Future Proofing Your 5G Investment," with participants from BT, HPE, Intel, Orange and Verizon. Four key themes emerged from the discussion: NFV is still work in progress; NFV and cloud native will coexist for some time; the pay-as-you-go commercial model will pass along the supply chain; and ecosystem development is key to the monetization of 5G, IoT and edge compute.

NFV is still work in progress
Alexis Salas, director of Cloud & Virtualization at Orange Spain, noted that a couple of years ago Orange Spain tried to virtualize all its network functions in a big-bang transformation. "But we discovered that the journey was not so easy. After one year we decided to stop this and go back to basics; to define what is needed for business and for the operational savings."

The uptake of services based on virtualized network functions also appear to be still in the early phase according to Adrian Comley, general manager of Dynamic Network Services at BT. "VNFs have been around for a while but they haven't really taken off. If you talk to our customers at multinational corporations, they say there are no global deployments of service chains of VNFs at scale anywhere."

That wasn't Verizon's experience according to Vickie Lonker, VP of Product Management. "I think there is a place for NFV-based services today. But with mobile edge computing, cloud native is the way to start because most of the functions we will deploy in the MEC will be cloud native by default. These workloads will be different to those that we deploy on universal CPE today." 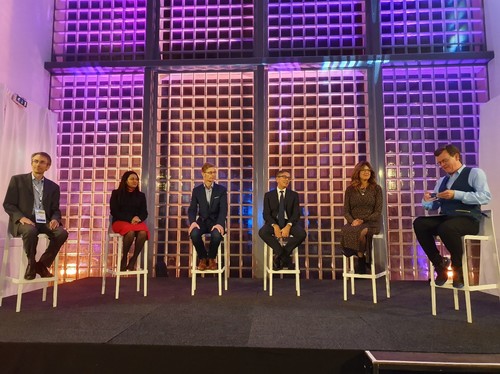 NFV and cloud native to coexist for some time
While some operators have had to backtrack on their NFV plans others are already preparing to move from virtual machines to containerization. One area where cloud native is likely to see early adoption is 5G core according to Domenico Convertino, VP Product Management, Communications and Media Solutions at HPE. "5G core network functions are very simple. This enables them to be distributed across the network to achieve agility and dynamicity. 5G core is not designed to run on OpenStack or VMWare. Cloud native is the way forward; we are moving onto containers."

But not every function lends itself to a stateless microservices approach and hence the telco cloud will likely remain a hybrid of virtual machines and containers for the foreseeable future. According to Verizon's Lonker, "The things I care about - LANs and WANs and interfaces  are not cloud native  so for me it's a hybrid world that we are going to have to manage for quite a long time."

Lonker noted that the participants in Verizon's "Built on 5G Challenge," which offers funding to companies developing innovative 5G applications, all used cloud native technology. On the other hand, many enterprise customers that want to deploy applications on Verizon's edge infrastructure are asking for VM-based solutions. Renu Navale, senior director for Edge Services at Intel, agreed that "NFV and cloud native technologies will co-exist for a while. If you have enough agility and performance with VNFs then why would you change it? Some applications will benefit from cloud native but not all so I think you will see a coexistence of technologies for a long time."

Pay-as-you-go for customers and suppliers
Virtualization brings agility to operations and service delivery which provides much greater flexibility for end customers in how they consume services. According to BT's Comley, "Customers want something that looks and feels like a service they buy from an AWS, or an Azure -- scalable and with a pay-as-you-go commercial model, moving away from the traditional rental and connection approach." But to make this financially viable operators will need to pass this new charging model on to their own suppliers. Comley noted, "If my customer is moving to a pay-as-you-go basis then that's how I'm going to pay my suppliers. We're looking for partners that will work on this new commercial model." Convertino commented that it's consistent with HPE strategy. We are working to make our entire portfolio commercially available on a consumption-based model, he said.

The importance of ecosystems
Orange's Salas also noted some short comings with the vendor community and with wholesale partners. "What is missing for us is to have a multivendor ecosystem. Also, for interconnection with other operators we need a solution that provides scalability, to provide our customers with a try and buy solution, but also to have an ecosystem of partners."

Intel's Navale agreed that the development of an ecosystem of suppliers was key to the industry's success. "To realize the transformative promise of 5G and edge computing you have to open up the ecosystem to the developer community. The cloud development community understands cloud native and microservices. 5G and edge can thrive if we open up to them."

Ecosystem development is also key to IoT but here the ecosystems will vary by industry vertical. According to Navale, "In IoT the vertical ecosystems are quite distinct. A completely different set of white box vendors, software providers and integrators. Retail is completely different to industrial, healthcare, smart cities etc."

BT's Comley also saw the rise of industrial IoT as a key use case for customers in sectors such as manufacturing, mining, and oil and gas, something which he thought would drive CPE adoption, prices for which he noted were becoming more attractive. However, Verizon's Lonker noted one challenge for smart cities was the four-year electoral cycle which was a rather short period in which to get an idea from inception to execution before decision makers moved on.

This article is sponsored by Intel.

Kevin Mitchell 10/25/2019 | 1:51:23 PM
Cloud Source Virtualization We said NFV wasn't going to work for a VoIP network replacement (point solutions like SBCs, sure). Too complex, especially with multiple vendors, and too costly.

CSP VoIP networks need to be updated; maybe 2020 or 2025, but at some point service providers are going to refresh that network. They will ditch the switch and go cloud native/virtualized UC/VOIP CSP solutions.

Those solutions can be deployed (build a new software-based network) or cloud sourced. It's a very similar idea to what we wrote about in Two Paths to NFV VoIP https://www.alianza.com/call-to-the-cloud/two-paths-to-nfv-voip