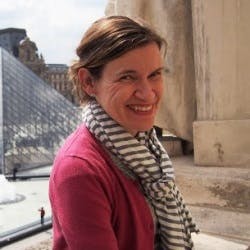 CenturyLink has delivered broadband DSL services over a CORD platform -- taking its first step in moving toward virtualization in its access network and central offices, and moving one step closer to its goal of full global virtualization coverage in its IP core network by the end of 2019.

Using its own virtualized broadband network gateway (vBNG) and a Central Office Re-Architected as a Datacenter (CORD) design, the Tier 1 is transforming its legacy central offices with next-gen virtual functions to speed the delivery of residential and business DSL broadband services, according to Adam Dunstan, vice president of SDN/NFV engineering, CenturyLink, who joined the company this summer with the focus of bringing simplicity and agile development to the service provider's virtualization process. (See CenturyLink Is First Carrier to Deliver Broadband Services on CORD Platform.)

CenturyLink has been working on this architecture for a long time -- "before the CORD architecture existed," says Dunstan. "We ended up with the architecture that CORD is today, but the ONOS R-CORD is around GPON and ours is DSL."

The Tier 1 first transformed one central office where the access architecture was straightforward, according to Dunstan, but that location has since moved around. "Our intention is to continue to roll this out through the rest of the year," Dunstan tells Light Reading in an interview. "It's definitely part of the big picture," he adds, referring to CenturyLink's plan to use internal software development teams to reduce, speed deployment and scale services and infrastructure. (See CenturyLink: Kill Complexity to Speed NFV.)

Want to hear more about CenturyLink's virtualization strategies? Join us in Austin at the fourth-annual Big Communications Event where Aamir Hussain, CenturyLink's executive vice president and CTO is a keynote speaker. There's still time to register and communications
service providers get in free.

Dunstan says CenturyLink uses CORD in architectural terms rather than referring to specific standards organizations or vendor solutions, but the provider fundamentally believes in CORD as "a key to our modernization," and being able to do things that "you cannot do with the current mode of operation and that includes cost-savings," he says.

The CORD transformation at CenturyLink Inc. (NYSE: CTL) is driven by the "fundamental decomposition of expensive, complicated pieces of equipment," or separating switching from routing, and the move to microservices," notes Dunstan. "In addition to giving us cost and feature benefits, it also gives us simplicity and reliability, and the ability to automate -- and we ended up in a unified place."

CenturyLink does not just see CORD as the path for residential services -- instead they see it as the path for unified access, according to Dunstan. "For example, we've got to a place with a CORD model where the bill of elements and materials that we buy for a DSL location or a GPON location is largely the same. Whereas, today when we do a DSL location, we'll buy one bill of materials for DSL and that has all its own limitations and constraints, and we'll buy a different bill of materials for a GPON location. In the CORD architecture, the one thing that changes is the access infrastructure but the rest stays the same. We get a lot of uniformity from both the service and the automation and procurement power perspective."

This uniformity means speed-to-market for the carrier, according to Dunstan. "We were able to bring new technology into our infrastructure quickly. We authorize a customer, switch them on, speed them up or slow them down, or lead them into a walled garden, hand out a fixed IP address -- we did all those basics uniformly across all the footprint."

However, the transformation has not been a simple process especially as CenturyLink has between 3,000 and 3,500 COs, notes Dunstan. "We are working our way through changing the fundamental makeup of our central offices. What will our central offices look like in five years' time? They won't look like what they do today. It's not fair to assume that if we have 3,000 central offices, we'll put CORD in every single central office."

One of the biggest changes the process has brought to the surface is the mindset change -- and the thinking around functions, network elements and their value, says Bill Walker, director of network architecture for NFV, SDN and Cloud at CenturyLink. "We go back and think about the functions and the elements and what they do rather than focusing on the buzzword or the acronym -- it lets us look at the value of not just the virtual objects that we're creating, but going back and re-looking at some of the legacy or physical box architecture as well and asking, 'What's the value and purpose? What does it really do for us?' and that's been a huge value."