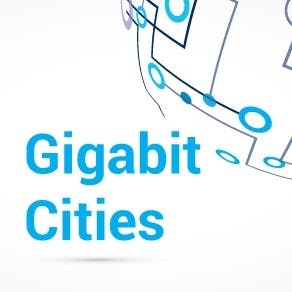 ATLANTA, Ga. -- Gigabit Cities Live 2015 -- When the FCC started weighing the imposition of its Title II common carrier regulatory regime on broadband providers earlier this year, many of the top US broadband execs went practically ballistic.

With almost one voice, the top telco and cable execs direly warned that the imposition of utility-style regulation on broadband service would have a chilling effect on their ambitious expansion plans. AT&T Inc. (NYSE: T) officials even threatened to halt their planned expansion of their GigaPower service if the Federal Communications Commission (FCC) didn't heed their warnings.

But the Commission went ahead anyway and adopted the dreaded rules in late February. Telco, cable and wireless interests promptly responded by seeking to defer the imposition of the regulations and challenging the rules as unconstitutional in federal court. (See FCC Adopts Title II Rules .)

So what's happened in the 11 weeks since the FCC passed its strict new net neutrality rules? Has the Gigabit movement ground to a screeching halt?

Well, not exactly. In fact, if anything, the Gigabit service launches and deployment announcements by the nation's leading broadband providers have only picked up speed. Consider the following cases:

Google Fiber Inc. said in late March that it will expand its reach to Salt Lake City. That followed its late January announcement that it will offer 1-Gig service in Atlanta, Charlotte, Nashville and Raleigh-Durham.

CenturyLink Inc. (NYSE: CTL) said in early April that it will launch Gigabit service in parts of Wisconsin. That followed recent rollouts in Missouri, the Denver area and elsewhere.

Cox Communications Inc. announced at INTX last week that it will extend its GigaBlast service to parts of Arkansas, Louisiana, Rhode Island, Oklahoma and Virginia this summer. That will follow its earlier launches in Phoenix, Orange County, Omaha and Las Vegas.

Likewise, Comcast Corp. (Nasdaq: CMCSA, CMCSK) said at INTX last week that it has started deploying its new Gigabit Pro service in Nashville and will soon move into Chicago. That followed its earlier announcements about rolling out Gigabit Pro in Atlanta, Chattanooga, Miami, Jacksonville and parts of California. (See Cablecos Going Gaga Over Gigabit.)

Last but not least, even AT&T Inc. (NYSE: T) announced just yesterday that it will bring its GigaPower service to Nashville next week, making that its tenth major Gigabit services market. That launch will follow recent rollouts in Atlanta, Miami, Chicago and elsewhere.

Of course, all these Gig rollouts could conceivably still come to a screeching halt if the Title II rules go into effect on June 12 as planned. But there have been no threats by the broadband providers to do so lately.

In other words, it seems to be full steam ahead for the US broadband industry. So much for the chilling effects of Title II, eh?

kq4ym 5/18/2015 | 10:57:34 AM
Re: Also... Kind of like politicians, you an catch them fibbing whenever they open their mouth? It's only part of the PR business to put out the work you don't like some change and just hope someone might take you seriously enought to get your way with them.
Reply | Post Message | MESSAGES LIST | START A BOARD

Anyone who is even semi-sophisticated in the ways of Washington expect a certain amount of Kabuki theatre when significant regulation is in play.  Both sides of the Open Internet proceeding indulged in more than a little posturing, drama and hyperbole. See also: CO2, Dodd-Frank, anything having to do with oil and natural gas production.

In the real world, service providers respond to ROIC, competitive threats and the whims of senior management.  I truly doubt that anything in the Order will break the business case for any justifiable deployment.

As we have for the past two years, Light Reading will present our Cable Next-Gen Europe conference as a free digital symposium on June 21.