As net neutrality rules await their day in Congress and federal court, several states have taken the matter into their own hands. Hawaii and New Jersey are the latest to pass executive orders requiring that all state agencies only do business with service providers agreeing to follow net neutrality principles. The move follows the passage of similar orders in Montana and New York. New York, Hawaii and New Jersey are also among 23 states where the attorneys general are suing the Federal Communications Commission for repealing net neutrality rules put in place in 2015.

There is a big question, however, over whether states have the right to create their own Internet policy. Taking the matter to the courts is one thing, but implementing statewide rules that differ from federal policy is another.

According to Markham Erickson, the telecom attorney representing Incompas , the industry association for competitive communications carriers, the Federal Communications Commission (FCC) may have backed itself into a corner on the states' rights issue. Although the agency said states couldn't override federal policy, it also renounced its own authority to impose net neutrality provisions, which would appear to leave the door open for states to impose them if they so choose.

Meanwhile, Congress is still in the process of determining whether it will push forward with a Congressional Review Act (CRA) to try to overturn the FCC's recent order. Erickson believes if a CRA is successfully passed it would mean that Internet service providers would revert to Title II classification and immediately be subject to net neutrality rules again. But CRA proponents still need one more vote to secure a majority in the Senate, and Erickson acknowledges that Trump can still veto congressional action once it hits his desk. (See Net Neutrality Heads to Court & Congress.)

There is other legislation in play too. Representative Marsha Blackburn (R-TN) has introduced a bill banning blocking and throttling of Internet traffic, but leaving in place the possibility for paid prioritization, and maintaining the categorization of ISPs as Title 1 information service providers, which are regulated by the FTC rather than the FCC. Interestingly, Blackburn also calls for continued limitations on the FCC to preempt state net neutrality laws. 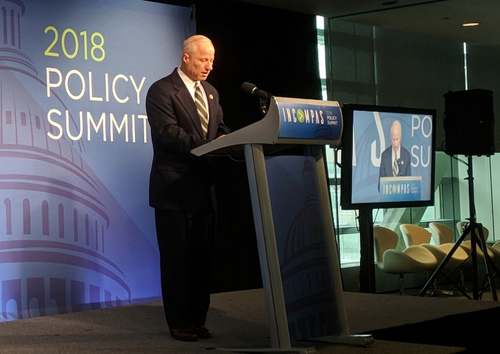 Representative Mike Coffman (R-CO) says he is also getting ready to introduce a net neutrality bill that would go further than Blackburn's proposal. Coffman wants to ensure blocking, throttling and paid prioritization are all illegal, and he wants to create a compromise in how ISPs are regulated that would keep them under FCC oversight, but not subject them to Title II governance.

"We don't need to shoehorn the Internet into a heavy-handed Title II regulatory regime. The Internet is too important," says Coffman. "My bill places broadband Internet access services under its own new title. Now the Internet is very complex, therefore my bill gives ISPs the room they need to take reasonable measures to manage the effective flow of data across their portion of the network. I also ensure that the FCC maintains oversight of such practices to prevent abuses from occurring so that consumers have meaningful choices."

So what happens next? Assuming no new legislation gains traction, the FCC order will likely get published to the Federal Register in the coming weeks, and then there will be a 60-day shot clock before the order goes into effect. Any lawsuits are likely to take one to two years before they're granted a decision by a federal court, and even after that, there would still undoubtedly be further appeals leading up to the Supreme Court.

"And we should not forget that there's a current... proceeding in front of this Supreme Court," says attorney Erickson, "a challenge from the losing side in the DC Circuit of the (previous FCC Chairman Tom) Wheeler net neutrality rules. So that has not been dismissed."

In the meantime, states will continue to promote the net neutrality cause in their own way. And unless new federal laws are passed, there's probably nothing the FCC or anybody else can effectively do about it.

kq4ym 2/26/2018 | 7:05:48 AM
Re: Part VI? One thing that may be certain is the commuincations attorneys and law makers will be very busy for a few year arguing on one side or the other. A giant chess game may be taking place between the states and the Federal government, each side probably playing partisan politics along the way muddying the waters of course.
Reply | Post Message | MESSAGES LIST | START A BOARD

Phil_Britt 2/19/2018 | 12:48:21 PM
Re: Part VI? A few people in various articles/opinon pieces/etc. have pointed out that net neutrality wasn't an issue pre-Obama. But times, industry consolidation and the art of compromise or lack of it have all changed since then. Only time will tell if these changes will lead to too much concentration of Internet availability.
Reply | Post Message | MESSAGES LIST | START A BOARD

msilbey 2/13/2018 | 5:05:14 PM
Re: Part VI? The Coffman proposal is interesting. Given that the fear over Title II has been price regulation, I wonder how ISPs would react to this. I'm sure they'd prefer to be regulated by the FTC, but they might be willing to support this idea as a compromise.
Reply | Post Message | MESSAGES LIST | START A BOARD

Duh! 2/13/2018 | 4:35:43 PM
Part VI? Rep. Coffman's legislation is the right way to do this. Broadband providers need some rules and oversight to prevent anti-consumer and anti-competitive activities, but not the whole suite of micromanagement that comes with Title II. The Open Internet order struck a nice balance by forbearance from all the utility-style rules. One of the main concerns has been that a future FCC might decide to start enforcing price cap regulation.