This week has proven a weird one for net neutrality. It included the censoring of a controversial political figure by major content providers and the stunning admission by the FCC that it fabricated claims that its public comment system was hacked during the net neutrality review, both of which add yet more wrinkles to the prolonged and agonized debate over this political issue.

Federal Communications Commission (FCC) Chairman Ajit Pai issued an extraordinary statement in advance of the release of an inspector general's report that showed the agency lied when it said its public comment system was taken down by multiple distributed denial-of-service attacks during the net neutrality public comment period. In reality, it crashed right after TV comedian John Oliver once again encouraged his viewers to speak up on behalf of net neutrality and they did so in droves.

Pai blamed the agency's former chief information officer, an Obama administration appointee, not only for providing "inaccurate information" about the incident to Pai, Congress and others, but also for maintaining a culture in which his underlings felt they couldn't publicly speak up against him.

To no one's surprise, net neutrality proponents aren't buying that explanation and are instead holding Pai responsible. After all, since those original claims were made, Pai has adamantly stuck by the hacking story and his FCC refused to respond to a Freedom of Information request from Gizmodo about the incident, claiming there were no paper records of the incident. The chairman's explanation now seems all too convenient. (See Here's Pai in Your Eye.) 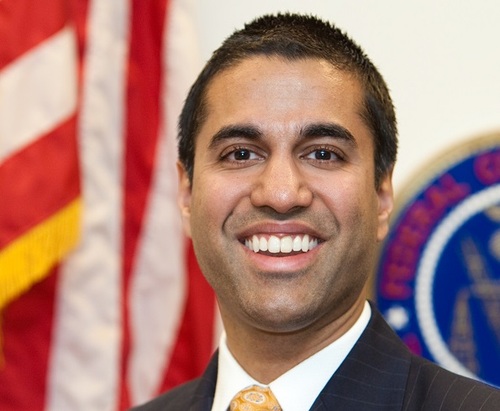 It's unlikely, however, that this revelation will have any impact on the net neutrality issues. It simply becomes one of the Trump administration's many mini-scandals and a minor mini one at that, likely because no one really believed the hacking story from the outset. Lying badly is a hallmark of this administration and doubling down on lies by casting the blame elsewhere is also part of the new normal.

The controversy surrounding Alex Jones and the decision by Facebook, YouTube, Spotify and Apple to remove some or all of his InfoWars content from their platforms could actually have a more profound effect. Net neutrality is popping up often in the debate over whether privately owned companies have the right to censor content.

Because everything these days is politically charged, however, the debate is breaking down along political lines. That means some of those who favor allowing privately owned Internet platforms to decide whose content they will carry are the very same folks who oppose letting privately owned Internet service providers exercise any control over who uses their pipes and at what price, and vice-versa.

So this could boil down to what has been a central theme of the net neutrality debate for years now: If a handful of large ISPs exercise so much power over Internet pipes that they need to be regulated to keep them fair and open, do a handful of large content platforms that also operate as near monopolies need the same regulation?

I say it "could" boil down to that, but I don't think it will for a simple reason. There are too many nuances to the question of whether it's legal to ban the kind of garbage that Jones is spewing, and this is not a political climate in which nuances win the day. For example, as David French writes in the New York Times, the Internet giants have every right to ban Jones's hate speech but they need to do it along the lines of existing precedents, such as libel and slander, not using more vaguely defined terms such as "hate speech."

It's far more likely Jones becomes yet another talking point for both sides of the argument and the net neutrality debate continues to flap in the wind, shifting right or left as political fortunes change.

kq4ym 8/21/2018 | 1:27:06 PM
Re: Fiery pants I wonder why more has not made the news about this misadventure. Surely, it couldn't be that " maintaining a culture in which his underlings felt they couldn't publicly speak up against him,' is actually working?
Reply | Post Message | MESSAGES LIST | START A BOARD

kq4ym 8/17/2018 | 8:08:41 PM
Re: Fiery pants How sad it is that "Lying badly is a hallmark of this administration and doubling down on lies by casting the blame elsewhere is also part of the new normal." We generally know that politicians over the ages lie, but it's becoming seeemingly so routine that we're becoming numb to news of more lies and backtracking.
Reply | Post Message | MESSAGES LIST | START A BOARD