The year was 2008, I think, and Verizon Communications Inc. (NYSE: VZ) had opened up its innovation lab in Waltham, Mass., allowing industry analysts and press to get a glimpse of what it was working on for the future. One of the primary exhibits was a smart home that featured, among other things, automatic downloading of photos from a cellphone to the cloud when you walked in your door, and a way of delivering targeted advertising that was very new and exciting, but also a little bit creepy.

The interactive ad capability involved tracking your web browsing history while at home and then targeting ads to individuals based on your online interests and your demographics. For example, a 50-year-old woman who was researching a trip to Italy online would, when she sat down to watch Grey's Anatomy or Dancing with the Stars, see ads for Italy tours or cruises, travel clothes and gear, airlines, etc. What she would not see would be commercials for diapers, the Olive Garden or beer. 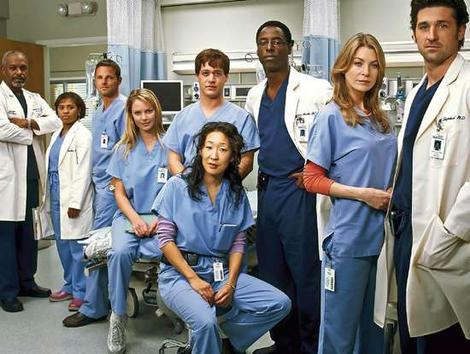 The Verizon folks doing the tour were very careful to say that this was just a prototype and not something they would implement, given concerns about consumer privacy.

I was personally intrigued, mostly because I had entered the DVR phase of my life and wasn't watching many commercials but thought I might watch the ads if they were relevant. But most of the other folks on the tour said consumers would never allow a phone company to track their online activity in that manner. Maybe that's why the service never made it out of the lab.

Ten years on, of course, we are all well aware that we are being tracked online by Google (Nasdaq: GOOG), Facebook and others, and often stalked by items we once viewed but didn't buy -- or even that we have already purchased. Now many of us are coming to terms with the reality that our smartphones or in-home assistants such as Amazon Echo and Google Home are listening intently to what we discuss and using those discussions as the jumping-off point to bombard us with new ads.

The first time it happens, it comes as a shock: A friend of mine and his wife were discussing a specific vitamin supplement one of them had used years earlier in recovering from an injury and the next day, both had ads for that vitamin pop up on their newsfeeds. They immediately disabled the microphone access on their smartphone apps.

Research shows, however, that many people, especially millennials, shrug their shoulders and move on, willing to give up privacy for convenience. And I'm willing to bet that over time, the majority of folks accept some "big brother" aspects to all this intelligence, if they feel it benefits them in the long run. Not everyone, mind you, but most.

How can operators develop solutions for the growth of video, AR and VR? Boost your understanding of video and immersive experience trends – join us in Austin at the fifth annual Big Communications Event May 14-16. The event is free for communications service providers!

So let's apply that shift in thinking to another current controversy: paid prioritization. Right now, this is the bogeyman of the net neutrality debate, with proponents of net neutrality laws insisting that this amounts to fast lanes for those who can pay more, and slow lanes for everyone else, including startups and innovators.

As AT&T Inc. (NYSE: T) states this recent blog, in this recent blog, however, there is a different side of paid prioritization. Some newer technologies and applications -- including "autonomous cars, remote surgery, enhanced first responder communications and virtual reality services" -- require a different treatment than other, less critical or latency-sensitive traffic would need. This isn't just a bandwidth debate, which is what the popular discussion of net neutrality revolves around most; it's also about delay, jitter and other characteristics of a managed end-to-end service that can guarantee performance.

For me, it makes sense to allow ISPs to tailor how traffic is treated to the specific needs of that traffic, in a managed service context. The question is whether the industry can elevate the debate around net neutrality above the emotional level at which it exists now.

I think this, like the privacy concerns, is an evolutionary process that doesn't have a guaranteed outcome at this point. In his blog, AT&T's Bob Quinn, senior executive vice president of External & Legislative Affairs, says the 2015 net neutrality rules being rolled back in April would have required ISPs to get government permission to offer a managed services approach for innovative offerings, which would slow things down considerably.

"My intent is not to dredge up an old debate but rather to suggest that, as we strive to reach consensus on a consumer framework for the Internet, we have a conversation to figure out how to ban fast lanes and slow lanes, while also ensuring that innovative, new, real-time technologies like those described above continue to live in a world where permission-less innovation exists," he argues.

Ten years from now, will concerns over paid prioritization have taken a back seat the way those over privacy seem to have? I think they might. Do you?

Joe Stanganelli 3/21/2018 | 9:54:14 AM
Re: "elevate" @kq4ym: The other thing that a lot of people forget is that directors and officers are legally required to act in the best interests of the corporation. Granted, that does not have to mean a "take no prisoners" attitude that sacrifices other corporate interests, but if a director or an officer were to actually act against the interests of the corporation, that would be a breach of fiduciary duty.
Reply | Post Message | MESSAGES LIST | START A BOARD

kq4ym 3/12/2018 | 8:56:05 AM
Re: "elevate" Although it's hard to predict the future with any accuracy, it's probalbly going to surprise us whatever happens. I can't see how the "corparations" will not be able to do pretty much whatever serves theirs and the shareholders interests, only being limited by laws and regulations which will surely at least attempt to rein in what at the time appears to be aggregious behaviors.
Reply | Post Message | MESSAGES LIST | START A BOARD

Joe Stanganelli 3/8/2018 | 3:10:31 PM
Re: Not an "elevate" problem > I can not imagine any consumer service that is so important that suddenly people are going to wake up and pay more per bit per second.

I can. The adult entertainment industry -- which has for decades been at the forefront of driving and defining technological innovation (indeed, it's a big part of the reason why VHS won over BetaMax).

And this is to say nothing of the connectivity issues of "love dolls" and the like. I see nothing to suggest that there will be any change in history here. People with the drive and disposable income will continue to be willing to pay more for better when it comes to adult-entertainment products and services -- and other, more G-rated industries will follow suit.
Reply | Post Message | MESSAGES LIST | START A BOARD

No, I mean something else.  There is a presumption here that a Paid Prioritization service can be developed, deployed and sold for a good profit.  I am stating that I don't believe this to be the case.  We have no existence of large (millions of endpoints if not 10s or 100s of millions) networks that have had this work.  Think of the following challenges:

1 - How much equipment has to be rolled out before the first dollar can be reasonably expected to be earned?

2 - How will contracts & law be impacted when the service fails?

3 - Will we need to have a cross-carrier system that people can get?  How will carriers compensate for it?

Some of the proposals for services in the article are business solutions and are outside the Net Neutrality umbrella.  I can not imagine any consumer service that is so important that suddenly people are going to wake up and pay more per bit per second.  My take is that it will always be easier to build and maintain more bandwidth than it will be to deal with the fall-out of congestion and having to choose between 2 customers that are paying extra for premium service.

As a special note, one service I want to go after directly is self-driving cars.  Can you imagine a DDOS attack that causes all automobile traffic in the US to stop for a day, a week, a month, a year?  To me, that means it will be an unconditional requirement that self-driving cars be able to operate completely autonomously.  Once you require that, then this notion of special network connectivity goes away.

Joe Stanganelli 3/2/2018 | 5:27:48 AM
Re: Not an "elevate" problem @brooks7: Sure. What this really boils down to, I suspect, is that, if Democrats wind up victorious in the Net Neutrality debate, what "Net Neutrality" will really mean is that we'll still have network-traffic prioritization, but that network operators aren't allowed to prioritize traffic unless it's the government itself that's dictating network-traffic prioritization.
Reply | Post Message | MESSAGES LIST | START A BOARD

The challenge with Paid Prioritization is going to be effectiveness.

Let me ask....suppose you have a connected car that you pay extra to be able to be connected and it fails.  Are you going to pay extra?

I am highly skeptical (let me say that I am really saying no chance in H E double two sticks) that you can take a best-effort network and turn it into the equivalent of ATM.  That means that you will have a traffic management nightmare unless the paid traffic is a small minority of the total traffic.  And if that is the case, then paid prioritization is adding almost no value.

On top of that, this will only work if the application stays within a single carrier.  That means that there will be some limits of what can be implemented.

That will be hard for the industry to do considering it has been their opposition that has brought the debate to the level of fearmongering about inaccessibility to news sites and Netflix. And nobody loves a corporation.
Reply | Post Message | MESSAGES LIST | START A BOARD
EDUCATIONAL RESOURCES
sponsor supplied content
The path to cloud-native applications
Etisalats journey to building a telco cloud
Transformation and opportunity at the telecommunications service provider edge
Open source for modernizing telecoms OSS/BSS
Network Functions Virtualization with Red Hat - a technology overview
Heavy Reading: 5G edge cloud infrastructure and security
Making Sense of the Telco Cloud
Cloud native meets hybrid cloud: a strategy guide
Educational Resources Archive
More Blogs from Rewired
The Long Goodbye Finally Ends