AT&T's ad campaign favoring new net neutrality legislation that would apply not just to ISPs but also Internet giants such as Google creates yet another wrinkle in the two-decade discussion of what constitutes an open Internet.

In ads running in newspapers including the Washington Post, AT&T Inc. (NYSE: T) CEO Randall Stephenson is calling for Congress to pass an Internet Bill of Rights that "that applies to all internet companies and guarantees neutrality, transparency, openness, non-discrimination and privacy protection for all internet users."

The ad goes on to say that AT&T doesn't throttle traffic or block websites based on content, and has no intention of doing so in the future. As a number of critics have pointed out, it doesn't mention paid prioritization of traffic, something net neutrality proponents vehemently oppose. 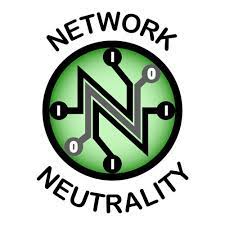 AT&T's reasons for taking action now seem pretty obvious. While the current Federal Communications Commission (FCC) has repealed the net neutrality regime put in place in the Obama years -- which AT&T strongly opposed -- that action is being contested at the state level and in court, leaving ISPs uncertain as to what they are, or aren't, going to be allowed to do.

And it's likely that, with a change in administration in the future, a new FCC would simply reverse the rules again, creating the kind of scenario that makes planning for future services as critical as self-driving cars and telemedicine a bit of a legal landmine.

The cynics, who aren't hard to find, say AT&T is using the notion of also regulating Google, Amazon and other Internet giants as a distraction, to draw attention away from its desires to reshape its content distribution business into something more financially favorable.

But that really isn't where the cynicism is truly warranted. What seems obvious to me is that the likelihood of the current Congress producing, much less passing, a balanced set of rules for governing the Internet, ranks up there with seeing President Trump shut down his Twitter account.

And that is assuming that any broad agreement could be reached on what those rules might resemble -- how to define transparency and privacy, for example, in the current Internet era?

I don't disagree with Stephenson and AT&T that these are vital issues, especially with the types of advanced services looming on the horizon, which will incorporate technology ever more deeply into everyday lives. It's just hard to see how the current crop of politicians will be able to take a pause from bipartisan bickering to design and develop a meaningful set of rules that both protect consumers and enable business plans.

To compete with the OTT players, telcos need to be nimbler by accelerating network automation. Join us in Austin, Texas from May 14-16 for our fifth annual Big Communications Event as we tackle challenges like automation. The event is free for communications service providers – secure your seat today!

Perhaps if the global Internet community came up with its own set of rules, then presented them as a fait accompli, such rules could be put into law by Congress. But what are the chances of that, when there is a plethora of advocacy groups, some hiding behind deceptively benign names, but all advancing a relatively one-sided agenda?

If I seem hopelessly negative on this issue, I'm sorry. But after 20-some years of writing about net neutrality and the underlying squabbles, I firmly believe this is a debate designed to continue indefinitely. And our dysfunctional Congress is the last group to which I'd look for relief.

kq4ym 2/5/2018 | 12:55:41 PM
Re: Even more ridiculous Well, once again we can predict the attorneys and lobbyist will have a full employment decade as the arguments move forward and the issues get taken up by legislatures. And the phrase " paid prioritization of traffic," may take on some serious defining as the years roll by on neutrality or lack thereof one may guess.
Reply | Post Message | MESSAGES LIST | START A BOARD

Joe Stanganelli 1/27/2018 | 5:26:56 PM
Re: Even more ridiculous More importantly, any regulatory fees get passed directly on to the consumers on separate line items in their bills.
Reply | Post Message | MESSAGES LIST | START A BOARD

Carol Wilson 1/25/2018 | 10:40:06 AM
Re: Even more ridiculous "The best compromises in complex situations are those that make the most people unhappy."

I would agree with you on this, in general. When it comes to Net Neutrality, however, I don't think there is any solution that ISN'T destined to make the most people unhappy. Neither side sees any middle ground...which makes it rather like everything else in our country these days.
Reply | Post Message | MESSAGES LIST | START A BOARD

It one of those clear examples where governing is not on anybody's agenda.  There is a balance of social, economic, investment and technology issues.  Nobody has a perfect answer.

PS - I think this is a great place to employ the Principal of Maximum Unhappiness.  The best compromises in complex situations are those that make the most people unhappy.
Reply | Post Message | MESSAGES LIST | START A BOARD

Carol Wilson 1/24/2018 | 7:18:00 PM
Re: Even more ridiculous Exactly, Craig. This debate has become part of our national divide and irrational arguments are flying around on both sides.
Reply | Post Message | MESSAGES LIST | START A BOARD

craigleddy 1/24/2018 | 2:48:10 PM
Re: Even more ridiculous Can we use the term cluster f--k in Light Reading?? Cuz this is a giant one. Net neutrality advocates have fallen prey to one of the big lies: "I'm from the government and I'm here to help you." All sorts of possible Internet rules and regs are now in play. Congress is going to get rich off contributions from companies and groups on each of the issue. And now state legislators are weighing in with their own bills -- and that's gonna work how?
Reply | Post Message | MESSAGES LIST | START A BOARD
Page 1 / 2   >   >>
EDUCATIONAL RESOURCES
sponsor supplied content
(eBook): 5G Testing for the Race to Revenue
Trends in the Communications Industry
How to Gain the Edge in the Fiber Broadband Boom
A new approach to billing for a new generation of customers
CBRS Spectrum and the Future of Private Wireless Networks
Smart Edge: Productizing Edge Deployment
Interview: Open RAN enabling CSPs to deliver on the promise of 5G
Keynote: Open RAN: The Next Step
Educational Resources Archive
More Blogs from Rewired
The Long Goodbye Finally Ends