Another startup that relies on millimeter-wave spectrum is taking on incumbent telcos and cable operators with an uncapped residential broadband service.

That company, Wander, is launching a relatively inexpensive broadband service today in parts of Los Angeles, following earlier trials in the San Fernando Valley. Wander's initial service sells for $25 per month and delivers speeds of 50 Mbit/s downstream and between 25 Mbit/s and 50 Mbit/s in the upstream direction.

With today's launch, Wander's initial service area covers more than 20,000 households in Santa Monica and the San Fernando Valley, according to company co-founder and CEO David Fields, an exec who is late of The Walt Disney Company.

That launch also will pit Wander against Charter Communications and Frontier (via its 2015 acquisition of certain Verizon Fios assets) in Santa Monica, and against Charter and AT&T in the San Fernando Valley.

After tapping into existing fiber infrastructure to underpin the service, Wander then connects to various hubs, such as apartment buildings and other types of multiple dwelling units, using unlicensed millimeter-wave spectrum. From there, the service uses WiFi to transmit to the surrounding area to reach other customers, including individual residences. 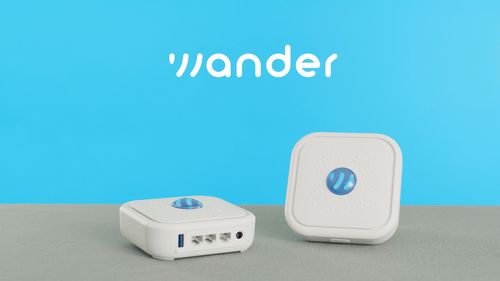 Wander supplies its own WiFi routers but does allow customers to set up mesh systems using gear from outside suppliers.

Inside the home, Wander supplies a WiFi router for free during the customer's first year (after which it's $3 per month), and also supports larger homes with mesh-based systems that use multiple routers (at $3 per month each). Customers also have the option to plug in a WiFi mesh system of their choosing, Fields said.

Wander will keep speeds at 50 Mbit/s for the launch, believing it supplies plenty of capacity for 99% of the initial group of customers it's targeting. "One of our perspectives is consumers are paying for far more speed than they ever use, and definitely more than they need," Fields said. 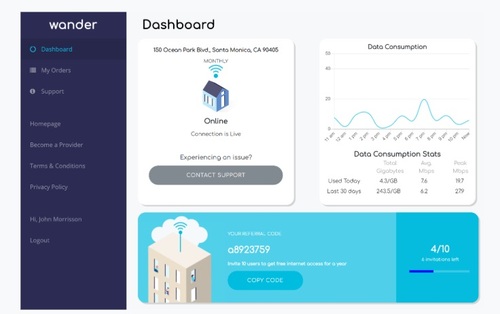 Wander provides customers with a dashboard that tracks their broadband usage.

To back that viewpoint, Wander also provides customers with a dashboard that illustrates their usage -- aggregate usage as well as real-time and peak usage through the course of a day. That way, customers get a better understanding of the value they are getting from the service, Fields said.

But Wander is open to adding additional tiers later. Based on the data, Wander could, over time, introduce customized offerings that hit the needs of customers who might need more speed, Fields said.

Refer a friend, get a discount
Wander is also adding a community-focused wrinkle to its deployment and service model, allowing customers to shave 10% from their bill for each friend or neighbor they refer to the service. Those discounts are good for the lifetime of the referred Wander customer, and a customer can refer up to ten people -- enough to make the service free.

"We really want to engage our community," Fields said, noting that Wander is also forging relationships and other types of "brand ambassador" deals tailored for area real estate partners.

Calling data and machine learning a core component of Wander's deployment model, Field said that information will likewise help guide where Wander might expand to down the road.

"Broader LA is definitely in the plan first, then other markets around the country," he said.

Wander declined to discuss which mmWave band it is using for the initial launch areas. But the company noted that it's keeping a close eye on a variety of hardware makers in the market as it looks to expand and that it will continue to evaluate network deployment technologies.

Wander is getting service off the ground in Los Angeles more than a year after the company was founded. Wander, which employs fewer than ten people today, expects to double its headcount in the next year. The startup has raised seed funding and is in the process of finalizing a fresh round of financing, according to Fields.

Idea for Wander has long roots
As for the origins of Wander, Fields said it stems back to when Comcast made a hostile bid for Disney in 2004. "This gave me a fascinating early education on the Internet service-providing business, as well as the television distribution business," said Fields, who was senior analyst at Disney at the time. Prior to starting up Wander, he was head of acquisitions and investments at The Tornante Company, a private investment firm founded by former Disney CEO Michael Eisner.

Through that process, Fields said he got a fix on the strengths of cable's Internet business, driven by "insanely gross margins" and what he believes was the company's "monopolistic position" in that market. And he also got a sense of broadband's weakness, including the need for significant capital and ongoing re-investment. 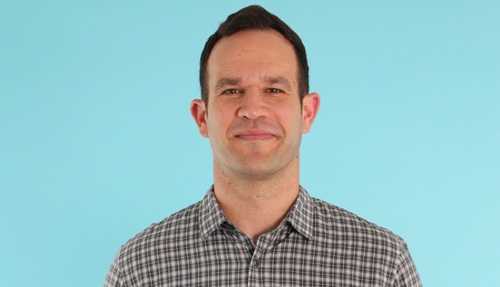 Prior to starting Wander, Fields was an exec at The Tornante Company, a private investment firm founded by former Disney CEO Michael Eisner.

With that as the backdrop, Wander, Fields said, "was created out of that frustration and with the net neutrality repeal, I saw that as giving these monopolistic ISPs even more control over this absolutely vital resource that we all depend on every day We saw this as an opportunity to build a smarter network design for these experiences and deliver it at an affordable cost to consumers."

marryjuliet 10/24/2019 | 2:24:26 AM
network connection I got a lot of information from your informative post. I think everyone will be got help from your article. We know that network is a strong connection for our digitalization world. But for that reason, we have to first establish the connection. I have been using a Netgear modem. But sometimes I could not netgear modem setup after unplugging the power option.