The names Sonus and Genband have been on the communications networking and services scene for years (remember the buzz around softswitches and session border controllers?) but now they're no more... because they have completed their merger and have decided on a new name -- Ribbon Communications. (See Sonus Networks, Genband Complete Merger .)

A cut above the rest, perhaps?

So what is Ribbon Communications all about? Well, based on 2016 numbers, it's a company that generates revenues of $680 million a year, mostly in North America and from a mix of professional services and technology products (VoLTE and unified communications platforms, signaling systems, session border controllers, policy systems and more, all with a heavy dose of virtualization of course). It has network operator customers, such as America Movil, AT&T, BT, Optus, Verizon and Vodafone, in all the major territories and a broad range of enterprise customers and channel partners. 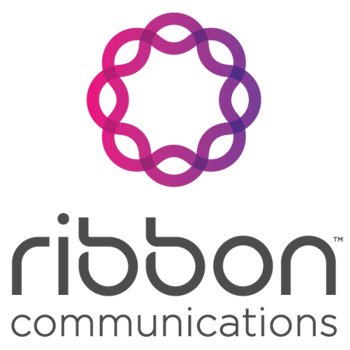 But looking at combined financials for 2016, the company suffered an operating loss of more than $31 million, despite gross margins of 56.2%, so one of the initial targets of the Ribbon management will be to trim costs. The company is expecting cuts its operating costs by up to $50 million in 2018 and "drive solid cash flow from operations in the first year after closing," so it knows where it wants, and needs, to be financially.

It's early days for Ribbon -- no doubt we'll get a deeper dive into its plans and expectations in the coming months.

The expected 2017 revenues that Dolan announced in May/June for the GB side were $40M more than what they are now forecasting. That sounds like a big miss to me. But yet Sonus shareholders are only getting 50% of the shares, even though GB is a $40M smaller company than originally promised. I suspect they are going to have to increase the number of heads they will have to cut. Merry Christmas folks.

Can someone explain to me how/why the Sonus and GB executive team stays intact? Keeping the two CEOs. The two CFOs. The two heads of sales. Heads of product. Where is the savings at the top the pyramid? For a "merger" that is supposed to bring synergies, it seems curious that all of the big boys keep their jobs.

Lastly, how does Dolan keep his job? Based on stock performance, he should be out. Not only look at the stock price of Sonus when he came in vs the price today...just look at the price of the stock on the date of the announcement vs today. He adds GB to Sonus, and already he is $50M down on market cap. Great move.

Objectively, the clock is ticking on Dolan. I'll wager that he is out once the Q2'18 earnings annoucement is released.
Reply | Post Message | MESSAGES LIST | START A BOARD