As vice chair of Europe for the Small Cell Forum, Dr. Alan Law has been carrying the torch for small cells for years, and Rupert Baines of consultancy Real Wireless says he does a good job of communicating technical and commercial aspects of the market in a fluent way. He's been critical in emphasizing the importance of interoperability and standardization.

In his other job as new technology manager for Vodafone Group plc (NYSE: VOD), Law has taken on the task of developing Vodafone's small cell strategy, which differs in each of the carrier's operating territories.

He's already made Vodafone a market leader with small cells for its 3G network, and is now turning his attention towards the rollout of LTE as well as figuring out how to improve mobile broadband service in rural areas. As part of its Project Spring plan to invest an extra £7 billion (US$11.11 billion) in its fixed and mobile broadband networks and support systems in the next few years, the carrier will be stepping up its involvement with small cells alongside LTE-Advanced and SON systems. (See: Vodafone to Revamp Top Tech Team and Vodafone Ups 'Project Spring' Capex to $11B+.)

"Vodafone has been the most progressive operator in terms of developing a 3G small cell technology proposition and then deploying it into the network," says Heavy Reading analyst Gabriel Brown. "Its work on femtocells and enterprise small cells, in particular, set it apart. The challenge now is repeat the process for LTE and, where appropriate, make progress in the pico/metro cell category." 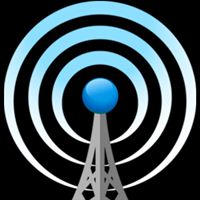