Small Cells as a Service? Not So Fast, MSOs...

Remember the recent chatter about "small cells as a service" being a "home run" for cable MSOs? Well, it ain't necessarily so, according to AT&T.

Here's how the concept works: The MSOs already terminate fiber at lamp posts and buildings in towns and cities and so can provide backhaul to small cells, tiny basestations that extend voice and data coverage. Because cable operators typically have better building and licensing rights to install metal boxes on poles and walls than mobile providers, the logic follows that it makes sense for them to install and run the small cells and rent the connectivity back to the wireless carriers. (See Small Cells: The Battle for the Lamp Post.)

There's even research from advisory firm Real Wireless that suggests that MSOs are poised to benefit from small cell deployments in this fashion. (See MSOs Poised to Profit from Small Cell Rollouts  Research.)

So, I recently asked Gordon Mansfield, AVP of small cell solutions at AT&T Inc. (NYSE: T) and chairman of the Small Cell Forum Ltd. , how he felt about the concept. He had a more cautious and nuanced take on the prospects for MSOs deploying small cells. (See AT&T Readies LTE-Only Small Cells, Eyes Multimode by 2015.)

"If a cable operator has a compelling backhaul offer, certainly we'll have that discussion," Mansfield says.

Particularly with public access small cells, having adequately deployed backhaul and rights to deploy the basestations on buildings and utility poles can be helpful for an operator. Beyond that, who deploys, owns, and runs the small cell gets a little more complex, according to Mansfield. (See Know Your Small Cell: Home, Enterprise, or Public Access?)

"When they go and talk about small cells as a service, I get a little skeptical about that," Mansfield says. "That's a bit of a stretch; they need to play nice with the macro network... We basically need to manage the radio aspect."

So, at best, the SCaaS idea has some clear limits in execution, at least for the US mobile operator that has been most vocal about deploying 40,000-plus small cells through 2015. (See AT&T Talks Small Cells, DAS in New Ads.)

dwx 3/18/2014 | 1:03:11 PM
Re: Simply Put... I hate to be one to say I told you so, but I made a post the last time this came around saying the large US mobile carriers aren't looking to buy RF services from MSOs, and the MSOs are not particularly interested in building it.   There are really just two carriers and VZW and ATT want to manage their own spectrum, services, etc.    They are really just looking for IP or Ethernet backhaul and that's it.

The small cells as a service idea was put out as a step beyond that, managing the small cell as well as selling the backhaul. Doesn't seem like AT&T -- at least -- is into the concept.
Reply | Post Message | MESSAGES LIST | START A BOARD

I would agree that Ericsson already has a good foothold with many of the mobile carriers, but backhaul is the MSOs bread and butter I think if they can get some carrier buy in they can control that space fairly easy.
Reply | Post Message | MESSAGES LIST | START A BOARD

MordyK 3/18/2014 | 3:29:31 AM
Re: Simply Put... Dan, My takeaway is that some cases where there's a competetive advantage to fly solo, carriers will go that route. But if its streetlights, stadiums, malls, etc. the main concern is that they can manage the RF components and management of the virtual small cell, so things like beamforming, power, SON, etc. are all managed by the servicing carrier and is not simply managed by an MSO or a similar entitiy.
Reply | Post Message | MESSAGES LIST | START A BOARD

DanJones 3/17/2014 | 10:33:34 PM
Re: Simply Put... There might be cases where they share neutral DAS but I seriously doubt this utopian vision of sharing radio even at the small cell level for AT&T or Verizon. They have never shown ANY inclination to share spectrum with others. 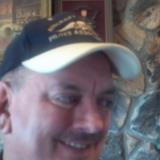