Not all small cells are created equal, so let's look at the key differences between the various small basestations that share the "small cell" moniker.

The central concept of a small cell is basically the same: A small cell is a diminutive, self-contained basestation that extends coverage at the edge of the macro network. In theory, such a unit can help fix voice and data coverage holes, add capacity where needed, and increase data connection speed. The crux of the idea being that the closer a user is to a cellular radio, the better the network performance will be.

Small cells, however, diverge into three distinct flavors from that point on. Here's how we categorize them:

Femtocells Femtocells -- otherwise known as home basestations -- are the most mass-market member of the small cell clan right now. AT&T Inc. (NYSE: T) and Sprint Corp. (NYSE: S) have sent out more than a million of these units each. Femtocells are backhauled over a user's cable broadband or DSL connection and can be used to conquer deadspots in the home, improve call quality, and improve mobile data speeds. The units can typically be deployed by the user themselves. (See Top 6 Small Cells Movers & Shakers.)

Enterprise Small Cells Enterprise small cells are intended to provide coverage to all or part of a floor of an office building or other indoor space (and sometimes even an outdoor space) and are most often deployed en masse within buildings to provide blanket coverage. With the bring-your-own-device (BYOD) trend, providing cellular coverage throughout offices is becoming crucial for many businesses. The basestations are typically backhauled over the enterprise Ethernet network. Enterprise small cells are often promoted as a less expensive alternative to distributed antenna systems (DAS) for providing cell coverage. This sector is starting to climb out of its hype-cycle with some deployments now underway. (See SpiderCloud Eyes LTE Enterprise Small Cells in 2014, Joint Qualcomm & AlcaLu Small Cells Due Mid-Year, Ericsson Expects Smooth Sailing for Radio Dot and Slide Show: Cisco's Small Cell Bureau.)

Public Access Small Cells Public access small cells are basestations intended to improve voice and data coverage in large malls, stadiums, and outdoor public spaces. They can be mounted in buildings, on outer walls, or on lamp posts and other utility poles. These are the units that are proving most difficult to bring to commercial service, with many tests and trials still ongoing. In addition to the problems associated with site acquisition, this type of small cell is arguably the most difficult to deploy, often requiring new backhaul connections, and posing power supply challenges, especially when the units are located that might be mounted up a pole or high on a building. They also tend to produce more transmit power, so can pose more potential interference problems with the macro cellular network. (See Fibertech Claims US Small-Cell First, 3G, 4G & Wi-Fi: AT&T Plans Small-Cell Threesome and Small Cells: The Battle for the Lamp Post.)

Heavy Reading is predicting that there will be 700,000 public access small cells in service worldwide requiring new backhaul connections by the end of 2017. The wireless CTO of Taqua LLC , John Hoadley, recently told Light Reading that he expects up to 50% of all the public access small cells will require new backhaul connections. (See How Heavy Reading Called Small Cells Right.)

Here's some of the basic requirements for the different types of small cells.

If you agree, disagree, or have more to add on the definitions of small cells, please chime in on the message board below.

I agree that this is what used to be. but as US operators are exploring the ways to cope with that issue while deploying small cells, they found that 1588 with combination of boundary clock (BC) at the optical nodes (that brings the master clock accuracy closer to the edges) and transparent clock (TC) at the wireless backhaul links, does the job very well.

Mark Wiess at NIST said that he thinks that European carriers are paying more attention to alternative sync methods than their US counterparts.
Reply | Post Message | MESSAGES LIST | START A BOARD

danny_be 2/15/2014 | 3:14:09 PM
Re: What About Security? GPS is needed only if the backhaul is not delivering SyncE or 1588 signalling. See the small cell forum spec for backhaul network to get more info about it.
Reply | Post Message | MESSAGES LIST | START A BOARD

Mcgyver7 2/15/2014 | 4:21:41 AM
Small Cell Forum Classification Isn't it reasonalbe to classify the small cell as Small Cell Forum did like Home, Enterprise, Urban and Rural?

DanJones 2/13/2014 | 4:18:37 PM
Re: Which small cell is right for you? I should credit Patrick and Gabriel with helpful suggestions and changes when I was putting this together.
Reply | Post Message | MESSAGES LIST | START A BOARD

DanJones 2/13/2014 | 4:16:27 PM
Re: What About Security? One of the bigger worries around LTE small cells is that they are supposed to GPS to sync with the network and they could be targeted with malicious jamming.
Reply | Post Message | MESSAGES LIST | START A BOARD 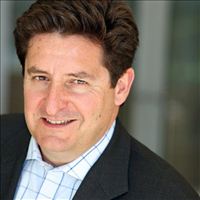 psorsky 2/13/2014 | 4:06:31 PM
Which small cell is right for you? It's encouraging to see some intelligent analysis (Dan!) that explains the many varieties of "small cell" being developed. I suspect that as 4G penetration expands, we will see a blurring of demarcation between those defined as "public access" and those defined as "enterprise", mainly driven by BYOD inside the enterprise.
Reply | Post Message | MESSAGES LIST | START A BOARD

anthony.nima 2/13/2014 | 4:02:49 AM
Re: What About Security? @smkinoshita: Yes security factors should be checked constantly. I think it's a vital factor since security controls everything. If there is no security then the real value of it is not there. So security plays a major role in everything that has been automated.
Reply | Post Message | MESSAGES LIST | START A BOARD
Page 1 / 4   >   >>
EDUCATIONAL RESOURCES
sponsor supplied content
Axyom Ultra-Broadband Edge Platform
Educational Resources Archive
More Blogs from Jonestown
Mobile Carriers Left Out of Home Automation Party