AT&T is planning to introduce single-mode LTE small cells next on its network, but expects to have units that support 3G, 4G, and WiFi available late this year or early in 2015.

Next up will be single-mode LTE small cells to help boost 4G coverage on the operator's network. "They're in the final stages from a lab perspective," Mansfield said. "We'll be in the field with those pretty rapidly."

AT&T is still pushing, however, towards multimode public-access small cells for indoor and outdoor use in the medium term. "We firmly believe that multimode is the way to go," Mansfield says.

Public-access multimode small cells have had a long gestation period in the lab. "We needed the chips to catch up," comments Mansfield. (See AT&T Has LTE Small Cells 'in the Lab'.)

Mansfield wanted features such as the ability to chop and change between supporting 3G channels or 3G and LTE channels on the small cells. He says that kind of functionality will bleed over into AT&T's enterprise small offerings too, as it offers flexibility for business customers and fewer truck rolls for the operator.

"The last thing you want to do in an in-building deployment is go and knock on the door and say, 'Can I have my box back?'" Mansfield tell us.

He didn't want to reveal too much about AT&T's enterprise small cell plans, but stressed that they are absolutely part of the operator's plans.

Mansfield, however, did say that AT&T is looking to a multi-vendor future for small cells too. AT&T's small cell suppliers will not be "limited to our macro vendors," he promised.

Alcatel-Lucent (NYSE: ALU) and Ericsson AB (Nasdaq: ERIC) are AT&T's macro LTE network vendors. Larger vendors and chipset suppliers have suggested it's better to use small cells that run the same code as the macro networks to smooth over integration issues.

"What would you expect a macro vendor to say?" Mansfield said. "Do they tell me that every day? Of course they do. Do I listen to them every time? Of course I don't."

Running the same code across the macro and small cell network is important when you're looking at dense urban outdoor deployments, where interference between the radio elements is most likely, Mansfield said. When small cells are installed inside, with walls acting as signal dampers, or in a more rural environment, "it's not so important," Mansfield maintains. 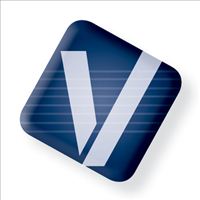 VitesseSemi 3/10/2014 | 1:39:01 PM
Re: Timing and Security For one, Vitesse does. Our Intellisec IEEE 802.3AE MACsec security technology encrypts traffic end-to-end without compromising the 1588 timing accuracy needed for 4G LTE small cell deployments; we see this as imperative to the future of these networks.
Reply | Post Message | MESSAGES LIST | START A BOARD

VitesseSemi 3/10/2014 | 12:09:56 PM
Timing and Security AT&T obviously understands how useful small cell technology is for LTE. Small cells make it easier than ever for consumers to access their data from anywhere at any time. Unfortunately, accessible networks mean accessible IP addresses; and theoretically, anything with an IP address is hackable. Certainly, carriers and Enterprises alike are beginning to realize the need for scalable, cost effective network security. Network timing, like security, is also vital when considering small cell expansion strategies. LTE timing is often delivered via GPS, but GPS signals aren't conducive to urban areas where small cells are most needed. As you know, Dan, this is why many operators are looking for GPS alternatives, such as IEEE 1588. Technologies that deliver 'secure 1588' will be critical to these small cell rollouts.
Reply | Post Message | MESSAGES LIST | START A BOARD

Gabriel Brown 3/5/2014 | 12:09:18 PM
Re: LTE-only vs. Multimode Right. That's where software-configurable products will be valuable*. But in the interim you need to deploy an LTE and 3G band at the same time.

VoLTE would help a lot, but like you say that requires compatible handsets... and that will take time to cycle through the market.

DanJones 3/5/2014 | 11:57:20 AM
Re: LTE-only vs. Multimode Mansfield said that AT&T will eventually start to move solely to LTE-only small cells over multimode but that this will depend very much on the handset mix that customers have and VoLTE support over time. So it seems to me that could be years in the making.
Reply | Post Message | MESSAGES LIST | START A BOARD

Gabriel Brown 3/5/2014 | 11:54:20 AM
LTE-only vs. Multimode Good story Dan. I can see why operators want multimode small cells and will push the industry to deliver them, but I wonder how long-lived the opportunity is.

Given the first multimode products won't be generally available for another year, and given the fairly fast cycle times in the handset market, it feels like the opportunity for 3G systems is limited. 3G-only small cells haven't taken off so far. There must be reasons for that.