VEON might not be done with digital transformation, but the company is certainly no longer shouting it from the rooftops.

The most notable thing about the operator's latest results update was the focus on good old-fashioned core telco metrics, and how little it brought up digital at all. The vision, said acting CEO and Executive Chair Ursula Burns, is to be a "lean, efficient, emerging markets-focused connectivity and Internet services business." Leanness and connectivity, it would seem, take precedence over anything more dramatic.

It all points to a markedly different approach from that of Jean-Yves Charlier, who quit as VEON CEO in March with his "digitalization" plans looking ragged. (See VEON CEO Quits Amid Investor Gloom and VEON's Digital Overhaul Much More Than Rebranding.) 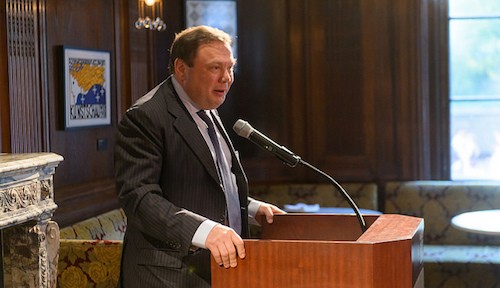 Russian oligarch Mikhail Fridman sits on the board of VEON as the chairman of LetterOne, the operator's biggest shareholder.

Since then, the Amsterdam-headquartered operator, which serves around 240 million customers in Russia and various emerging markets, has dropped all mention of initiatives once deemed critical. (See VEON: When Transformation Goes Bad.)

Those include a mobile app announced in early 2017, to accompany VEON's name change from VimpelCom. That app was supposed to become VEON's main touchpoint with customers and a way to support new services developed with partners like MasterCard and Red Bull. But it had only 8.3 million customers at the end of 2017, when VEON last provided an update.

Inside the company, there appears to be some recognition that too much time was spent promoting the mobile app last year, with not enough comment on other digital activities, including investments in a data management platform, business support system (BSS) and enterprise support system. VEON has also had little to say about its network functions virtualization (NFV) project with ZTE Corp. (Shenzhen: 000063; Hong Kong: 0763). (See ZTE ban and Iliad entry blow Wind Tre of course.)

Given the Chinese vendor's near-death experience, after it was banned from buying US components, that is not such a surprise. But no other initiatives came up during today's earnings call on second-quarter results. And there was scant reference to any of them in the financial documentation. In fact, only the BSS project, a $1 billion deal with Ericsson AB (Nasdaq: ERIC), was acknowledged: Djezzy, VEON's relatively small Algerian subsidiary, has now migrated to this platform, the operator said. Georgia appears to be the only other market in which a similar migration has occurred. (See ZTE Racks Up $790M Q1 Loss on US Ban.)

The BSS project seems to have proven a lot more challenging than VEON expected. Its original goal in June 2016 was to replace legacy IT systems in 11 national markets with the Ericsson technology. "We have a pretty clear plan and believe that in a two- to three-year timeframe we should be through with the major steps of the transformation," said Yogesh Malik, VEON's chief technology officer, at the time. Meeting those targets now looks tough. (See VimpelCom Aims for BSS Overhaul by 2019.)

James_B_Crawshaw 8/2/2018 | 2:31:49 PM
Strategic turn I think the problem here lies in the renaming from Vimpelcom to VEON. If they change the name to something like Eranu or perhaps Uvavu then I think the whole digital transformation thing could work out.