The mobile applications driving the most data traffic and signaling on 3G networks are the ones you'd expect -- the most popular video and social media apps -- but those that could soon become culprits are not the usual suspects.

Alcatel-Lucent (NYSE: ALU) is putting these apps that have a high cost per user, defined as their average volume and signaling per user across sample networks, on a "watch list" because an increase in popularity could send them into the "naughty" quadrant of high-impact apps. Those apps include Tango, Nimbuzz, Palringo, Office 365, Zynga, Netflix, Pandora, Pinterest, Facebook Channel, Kik, and Skype.

Alcatel-Lucent says the way these apps are designed and used creates a heavy load on the network, device batteries, and data plans. Pandora, for example, has only a 1% share of subscribers, but is among the top 20 apps in terms of network impact.

These are apps that wireless operators will want to keep an eye on, but there's a number of apps that are already causing them heartburn. Alcatel-Lucent's name-and-shame awards go to:

AlcaLu maps out the network impact of the top 39 apps based on the amount of volume they drive and their signaling chatter on the network.

This is the first time Alcatel-Lucent has conducted a study of this size using data collected from its Wireless Network Guardian software that measure signaling and data volume impact from apps used by 15 million subscribers on 3G networks in North America, Asia Pacific, and the Middle East.

It did also look at LTE networks, but Josee Loudiadis, AlcaLu's director of network intelligence, says the network data varied so much that no averages could be found. She attributes the wide differences to how far along LTE rollouts were, how 4G was priced, and cultural variances. In general, however, the trends tend to mirror the 3G networks but with more of everything, especially signaling. (See MW13: Tekelec Warns of VoLTE Signaling Storm and LTE Signaling Woes Ahead?)

It's easy to see why network operators should care about these apps: They affect their networks and their customers' experiences (and they'll probably take the blame). But what they can do about it? Loudiadis suggests a few things:

"Zynga, for example, is a low-impact app," Loudiadis says. "Its per-subscriber cost is still high on the data side, so why not connect with Zynga and package them with a data plan? Why don't I say, 'give me a low-res version of your file to have less data traveling. You can change the resolution on the screen depending on the device screen size, and do things to help reduce of impact of the app."

Mitch Wagner 5/2/2014 | 3:30:42 PM
Re: Three more surprises Josee - Thanks for clarifying that. Yes, I was surprised to see Hotmail, AOLmail on the list. But as you say, once people are using a service many don't move on until and unless they must.

Heck, I know people who still use LiveJournal. And not tech dummies either -- one of them runs his own mail and web server out of his home. They found something that works, and they stick with it.
Reply | Post Message | MESSAGES LIST | START A BOARD 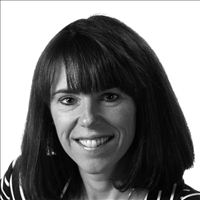 Josee Loudiadis 5/2/2014 | 2:19:08 PM
Re: YouTube and Skype are not topping the list The traffic included in the Google category truly is just searches. Once the user clicks a link (to say, Amazon), that traffic is not longer associated with Google since it is served by Amazon's servers. The only interesting twist is that searches can be done via APIs that Google published. So software can query Google and get their results via this API. That traffic is included in Google search: it is a search, but without humans eye balls on it. It is mind boggling that we generate so much traffic searching for information. What did we ever do before the internet and search engines?!
Reply | Post Message | MESSAGES LIST | START A BOARD

Josee Loudiadis 5/1/2014 | 5:49:19 PM
Re: light on device In the Facebook example provided in the report, Facebook did not know it had increase the overall signaling in service provider networks with its new software version.  Also, the service provider would have know that signaling increased, but not what contributed to the increase.  And if it did, most operators don't have the correlated data to help Facebook pinpoint with app version (Android, iOS, ...) contributed the most to the spike.  Meanwhile, consumers are not aware that their battery life is affected by apps.  Consumers know they can tweak their mail app configuration for reduced data consumption, but don't know (or have very few options) on how to tweak their messaging apps.  So the crux of it is: lots of blind spots for app dev, operators and consumers.

It was the availability of network analitics data, an article in Analytics Beat (http://www2.alcatel-lucent.com/analytics-beat/), Facebook's desire to optimize their app for mobile users that triggered to optimization cycle.   It is my hope that exposing this kind of analysis will help educate all mobile stakeholders and enable further collaboration between parties.

Sarah Thomas 5/1/2014 | 4:12:41 PM
Re: Three more surprises Thanks for weighing in, JL. That's funny that "once-popular apps die a slow death." I guess it's similar to what we talked about before, Mitch, about Yahoo. Obviously people are still using it and these other email services!
Reply | Post Message | MESSAGES LIST | START A BOARD

Josee Loudiadis 5/1/2014 | 3:37:41 PM
Re: Three more surprises To make it into the study, an app had to be in the top 20 apps on at least one network. Siri did not appear in the top 20, nor Google Now. But surprisingly, we saw hotmail, AOLMail and Live Messenger!  We did a double take - were these apps not replaced by other more modern ones (Hotmail with Outlook.com and Live Messenger with Skype)?

It turns out that once popular apps die a slow death. Outlook.com and Skype are tracked separately from Hotmail and Live Messenger. We verified that the traffic did in fact reach these different servers. Outlook.com is growing but did not reach the top 20, while Skype and Live Messenger made the list.
Reply | Post Message | MESSAGES LIST | START A BOARD

mikael1978 5/1/2014 | 3:09:08 PM
Re: YouTube and Skype are not topping the list Google Instant (search as you type) probably creates a lot of traffic. On iOS Bing is now the default search engine ... in Siri. I think it's still Google in Safari, isn't it? There are talks about switching to Yahoo.
Reply | Post Message | MESSAGES LIST | START A BOARD

Mitch Wagner 5/1/2014 | 2:45:20 PM
Three more surprises Siri is missing from the chart entirely. Did AlcaLu simply not include it, or is the network usage negligible. Mitch Wagner 5/1/2014 | 2:42:54 PM
Re: light on device Facebook might have enough incentive to fix the app if enough users go in and turn off background operation. That would limit Facebook's ability to harvest signals on where people are and what they're doing when Facebook isn't running.

But I don't see a significant number of users fiddling with their settings in that fasion. Instead, the users will simply complain that their battery drains too fast.
Reply | Post Message | MESSAGES LIST | START A BOARD

nasimson 4/30/2014 | 5:09:31 PM
Re: YouTube and Skype are not topping the list @Sarah: Google search is mostly text (I have not seen many people using the voice search feature). Its one way traffic. It's highly compressed. It's not running on Windows, iPhones and iPad by default. The follow-up usage is done in browser. Is it that all browser activity in Android is taken as Google search. After all the browser URL bar acts as the search field.
Reply | Post Message | MESSAGES LIST | START A BOARD

MordyK 4/30/2014 | 5:04:08 PM
Re: light on device I think @FakeMitchWagner makes a good point. It's easy to name and shame but at the end of the day it wont cause anybody to change their app behaviour.

I think carriers need to target this from 2 angles:

1. work with the OS providers to create more efficient API's inside the OS's with associated documentation for the developers to leverage things like improved signalling, etc.

2. A deeper workaround is to create alternatives. If signaling is such an issue, then maybe its time carriers use and expose the signalling channel to allow 3rd party developers to wake up their apps on demand instead of always on and pinging.