Kik, aka the Western WeChat or the WhatsApp for teens, revealed this week that it has raised $38.3 million in funding and acquired a GIF-generation startup, Relay.

I wrote about the over-the-top messaging app nearly a year ago when it crossed the 100 million subscribers mark, noting that it's achieving a level of innovation the wireless operators have only ever talked about. A year later and, guess what, the story is still the same. (See Operators Can't Kik the OTT Habit.)

There is no shortage of OTT messaging apps on the market, but Kik is a particularly interesting one. First, it really understands its target demographic -- the under-25 crowd -- and lets them register with a username, or an identity, rather than their phone number. Second, it innovates on services as evidenced by its Relay acquisition. Everyone loves a good gif. And, third and most importantly, it is monetizing its service in other ways than charging for it or bombarding users with mobile ads.

It's doing so primarily through in-app games and, recently, Promoted Chats, which lets its users chat with brands like Seventeen Magazine, Funny or Die, and Vice. The brands use Kik's technology to build "chat robots" that Kik users can then chat with for promotions and games. Kik charges the brand about 20 cents per chatter and says that 70% of its branded messages are being read within an hour, bringing in new revenue.

According to the Wall Street Journal, Skullycandy gained 307,000 chat users on Kik in the past three months through these promoted chats, tripling the number of followers it has gained on Twitter over the past five years. The brand used the chats to promote its headphones through a game that ultimately led to auctioning off a ticket to the latest Hunger Games movie.

Kik is obviously doing pretty well on its own right now in its ambitions to grow larger in the crowded US market for OTT chatting apps, but could there still be room for a wireless operator in the mix? Kik has around 185 million subscribers, a big number, but one that pales in comparison to other OTTs like Snapchat at 100 million monthly users and Tango with 250 million users. It also pales in comparison to the wireless operators that could extend their user base even further.

Beyond their reach, operators have subscriber data that could prove useful to Kik, although -- again -- Kik seems to understand its user base pretty well. Really, most of the advantages would be to the wireless operator looking to spice up a stale SMS business, but a partnership could be advantageous to both given the level of competition in the market.

At the least, Kik makes for a good case study in innovation, as do many of its OTT peers. Hopefully this time next year, I'll be able to blog about an operator that has realized that as well.

I remember back in the old days of BBSes and 14.4-baud (if you were lucky!) dial-up modems, pre-WWW, when I didn't have an actual GIF viewer (this, of course, being before web browsers).  I had to download a utility that turned GIFs into executables.
Reply | Post Message | MESSAGES LIST | START A BOARD

I might have kept using Kik, but I forgot my password.  So now whenever anyone asks me if I have Kik, I tell them I don't.
Reply | Post Message | MESSAGES LIST | START A BOARD 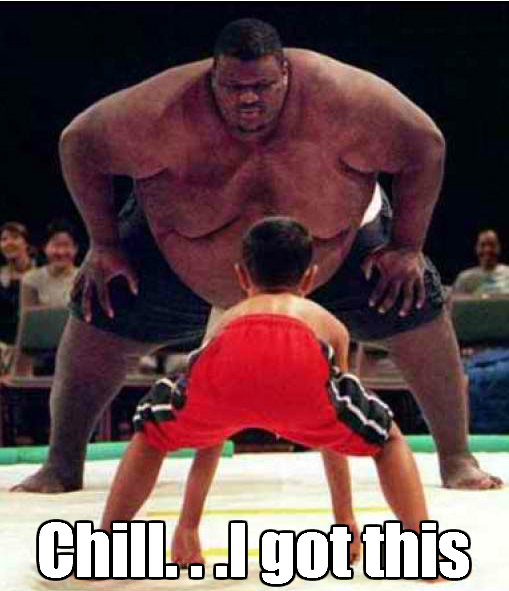 thebulk 11/20/2014 | 10:11:59 PM
Re: Kik vs. Snapchat I live in Thailand where chat and messaging apps dominate the market. here in Asia most people use Line, which from what I know has no really caught on in the US.
Reply | Post Message | MESSAGES LIST | START A BOARD A dog trained in that way could be useful in Buffalo right now.
Reply | Post Message | MESSAGES LIST | START A BOARD

Mitch Wagner 11/20/2014 | 6:08:46 PM
Re: Kik vs. Snapchat Joe: "The only time I ever used Kik was when my girlfriend was working abroad for a few months and it was the most cost-effective way to communicate (short of Skype). Still, it seems to be popular not just with teens and college kids but all the way up to the under-35 market."

I use WhatsApp for similar reasons, to communicate with our own Ray Le Maistre, who is in the UK, when one or both of us are not at our desktop.

I expect he does that with our other US-based staff too.

"I am also of the understanding (though not, I assure you, from personal experience) that its psuedonymity makes it popular for, well, for similar reasons that SnapChat is popular among hormonal teens."

Don't be such a perv. Plenty of good reasons to want to preserve privacy. I'm finding after years as a privacy skeptic, I'm suddenly thinking twice about giving up my PII to anyone who asks.

Using a pseudonym is an elegant way to preserve privacy for casual purposes. It won't help you against anyone who wants to put in an effort to investigate you, but it's fine for everyday purposes. Kids are smart that way.
Reply | Post Message | MESSAGES LIST | START A BOARD

The image can be a GIF, although in this case it was a PNG.

A GIF is generally slang for an animated GIF.