As Brexiteers dust off their Union Jacks (a flag whose days seem numbered) and prepare to chink celebratory flagons of warm ale bearing images of the Queen (but definitely not that treacherous Prince Harry), UK authorities have marked today's Independence Day occasion with a warning that free mobile phone roaming in Europe may not be guaranteed starting January 1, 2021, when the UK's transition period comes to an end.

In a statement outlining the various difficulties that UK travelers to Europe may next year encounter, the government has advised people to check with their service providers about any roaming charges they might have to pay if they visit any European Union state member, Iceland, Liechtenstein or Norway. 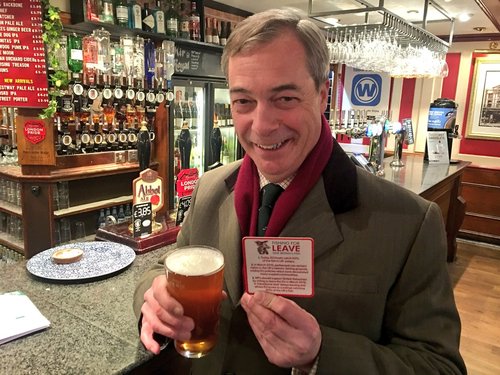 Once a nasty source of "bill shock," intra-EU roaming charges were finally abolished in mid-2017 by the pen-pushing bureaucrats that Brexiteers abhor. The move ushered in a golden age of data consumption and was welcomed by smombies (smartphone zombies) everywhere. For the British public, this technological belle epoque could be under threat when UK phone companies no longer have to abide by EU rules.

Exactly what happens will depend on the details of any future trade deal between the EU and the UK, but only die-hard Brexiteers expect negotiations to be relatively straightforward. In the meantime, Three, the smallest of the UK's mobile operators, has firmly ruled out the reintroduction of roaming charges regardless of what happens during Brexit negotiations. According to a BBC report, both O2 and Vodafone have indicated they "currently" have no plans to change roaming services, while BT says it has no plans for changes "based on the Brexit outcome."

Few expect these plans to alter. "If one is doing it, it will lose market share to others," said Mikaël Schachne, the vice president of mobile data at Belgian carrier BICS, during a conversation with Light Reading at last year's Mobile World Congress. "It would have to be a common decision that will be hard to do."

Uncertainty remains, as Vodafone acknowledged during a press briefing in March last year, because UK operators will be outside the EU's regulatory system for harmonized wholesale roaming charges -- that is, the rates that one operator charges another to carry roaming traffic. "On the wholesale side, it is a different game because they will be free to set their own pricing with European mobile operators," said Schachne. "It could have an impact."

The danger for travelers is that operators eventually pass on these extra charges in the form of higher retail prices. Under the UK's consumer protection rules, an operator cannot charge a customer more than £45 ($59) for data usage abroad without an "opt-in." But this relatively high threshold could provide an opportunity to claw back some of the revenues operators have lost over the years. "Revenues are declining and costs are increasing because there is more traffic than before," said Schachne.

Any immediate consumer panic would be unwarranted, but the government's latest warning is a further reminder that Brexit is far from done, and could be a complication for consumers and businesses for a long time yet.