BARCELONA -- MWC 2018 -- Deutsche Telekom will start investing in new edge-computing facilities this year in Germany using technology developed by MobiledgeX, its wholly owned, Silicon Valley-based subsidiary that is central to its edge-computing strategy.

While the German operator is not ready to reveal how many edge facilities it will build, or where they will be, it plans a major push on edge computing as it prepares for the rollout of 5G technology. 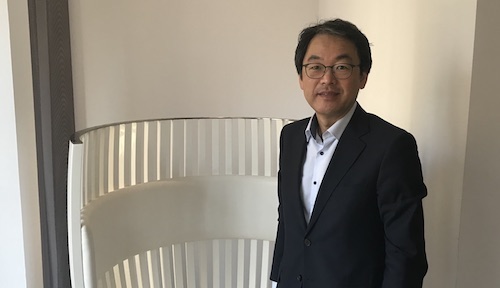 Based in Menlo Park, and employing just a handful of people, MobiledgeX is one of a crop of network startups that could disrupt the market as operators scout for alternatives to their traditional suppliers.

That Deutsche Telekom is planning investments based on MobiledgeX technology may be a hugely significant development as the German operator starts to gear up for its 5G future.

Despite widespread interest in edge computing, the technology has not taken off in Europe amid skepticism about its benefits as well as concern about the investments required and the lack of standardized approaches.

Investments by Deutsche Telekom could provide a major spur to the technology, persuading other European telcos to look at edge computing more seriously.

Choi tells Light Reading that Deutsche Telekom's long-term vision is to bring more investors into MobiledgeX in the form of both operators and IT companies. "Eventually this will be driven by multiple operators," he says.

Deutsche Telekom does not want to disclose more about MobiledgeX and its edge-computing plans at this stage, but the startup was revealed by Light Reading to have appointed Jason Hoffman, a former Ericsson cloud technology executive, as its CEO in January.

The establishment of MobiledgeX happened after Deutsche Telekom began looking more seriously at edge computing in 2016, according to Choi. "They initiated an edge project and started to hire people and lay out a plan for edge computing," he says.

The edge-computing push comes as Europe's operators begin planning for the launch of 5G services in the next few years.

One of the attractions of 5G is a reduction in latency, the delay that occurs when a signal is sent over a data network. Operators hope that lower-latency technology will allow them to provide a range of new connectivity services in areas such as factory automation, remote surgery and self-driving cars.

But operators would struggle to support those lower-latency connections without also investing in edge computing, whereby IT resources are taken out of big data centers and rehoused in smaller facilities much closer to end-user devices.

Choi reckons Deutsche Telekom and other operators have a major advantage over web-scale Internet companies in this market. "Their infrastructure is more centralized. You can't call one or two data centers in each region edge computing," he says. "We have great assets -- towers, local exchanges and central offices -- and we can place the edge computing there and make it accessible to customers."

Still, there are many questions that have yet to be answered on edge computing, including how many edge facilities would be optimal in a market such as Germany.

Choi says that will ultimately depend on the level of demand for services but notes that Deutsche Telekom has around 900 potential "aggregation points" in Germany.

Despite the plans around MobiledgeX, the operator will continue to participate in some of the industry associations trying to come up with standardized approaches to edge computing, including Open Edge Computing and ETSI's edge computing industry specification group.

Deutsche Telekom is also looking into the virtualization of its radio access network (RAN) as a way to "optimize" its 5G network rollout, says Choi.

In most of today's networks, signals are processed at the mobile towers. With a virtual RAN, an operator could do this processing over X86 servers in data center facilities, turning mobile sites into nothing more than remote radio units.

"Fully fledged RAN virtualization could bring a lower TCO [total cost of ownership], but it is just a hypothesis and we need to prove whether the assumptions are plausible," says Choi. "It may be that we have to combine virtualization with AI [artificial intelligence] and machine learning technologies to achieve better optimization and automation."