Why Resistance to the Open RAN May Crumble

What a disaster it would be for the mobile industry if a certain vendor's network gear were compatible with only a certain type of handset. Imagine having to use the same supplier across the transport, core and radio access networks. It is probably a safe assumption that today's mobile markets would not feature billions of customers if such restrictions were in place.

Thanks to the efforts of standards groups like the 3GPP, and coordination between the different stakeholders in the telecom industry, operators can freely pick and mix the suppliers of their main network building blocks. Open standards have been a guarantor of interoperability and an undoubted spur to industry growth.

But taken in isolation, the radio access network (RAN) is far from truly open. To the most ardent critics, it still looks like a giant black box, an elaborate prison in which telcos are frog-marched around by key-jangling guards such as Huawei Technologies Co. Ltd. and Ericsson AB (Nasdaq: ERIC). Pulling off a great escape has recently become a strategic priority for some of the world's biggest operators. And despite the obstacles, it stands more chance of success than the typical jailbreak.

Prison breakout
What are the foundations of this RAN prison? To the opponents of the giant vendors, the problem is that various interfaces used in the RAN are not as open as they should be. These include such arcane technologies as X2, an interface that supports handover between basestations in 4G networks, and the F1 system that will go into future 5G networks. But the chief culprit is CPRI (for common public radio interface), which provides a link between the actual radios and the baseband equipment that processes radio signals. "At the moment, that is more or less proprietary," says Gabriel Brown, a principal analyst with Heavy Reading. (See Is vRAN Still Too Hot to Handle?)

The inevitable consequence is some degree of "lock-in." An operator buying its baseband equipment from Ericsson has to purchase radios that work on the Ericsson system. Usually, that means buying Ericsson radios, as the Swedish vendor acknowledges. "The interface between baseband and radios is proprietary," says Arun Bansal, the head of Ericsson's business in Europe and Latin America. "Operators have to choose the same vendor." 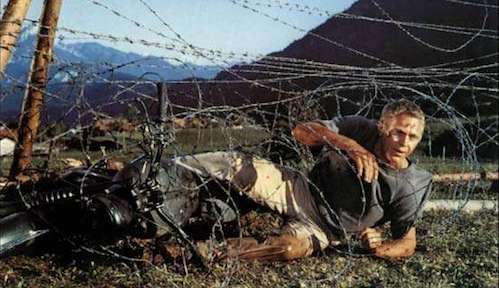 Like Steve McQueen in The Great Escape, telcos are hunting for a way out.

It is now moving quickly. In the last couple of months, the xRAN Forum has come up with an alternative to CPRI that promises the freedom and efficiency operators crave. "The specification exists and is fully defined in terms of protocols, and the O&M [operations and maintenance] piece is being added," said John Baker, a senior vice president with software vendor Mavenir, an xRAN Forum member, during a recent conference in London. "It is based on IP [Internet Protocol] transport instead of expensive proprietary hardware." (See Mavenir's Billion-Dollar Blueprint and It's Alive! Verizon & Friends Deliver First xRAN Spec.)

This new "fronthaul" interface could, in time, be a candidate for a 3GPP-sanctioned CPRI alternative, says Brown, who is putting together a Heavy Reading research and marketing program to explain and explore the opportunities for open RAN technology. With that interface, operators should eventually be able to purchase radios for their baseband technology from a multitude of suppliers, according to Baker. "We are moving from a world where people are buying complete networks from one vendor," he said. "There are opportunities to change the ecosystem and use virtualized software, open source and COTS [commercial off-the-shelf] hardware platforms."