Why Ericsson Is Joining the ORAN Alliance

Widely seen as a telco effort to break the stranglehold of big kit vendors on the radio access network, the ORAN Alliance that took shape last year might seem like the enemy to a company such as Ericsson. Yet the Swedish equipment vendor has today announced its membership of the operator-dominated group in a move that may take some critics aback. (See Major Telcos Pool Efforts to Slash 5G RAN Costs.)

Explaining the decision during a phone call with Light Reading, Ericsson AB (Nasdaq: ERIC) CTO Erik Ekudden rejects the suggestion that a more open RAN is not in the interests of his business, and that Ericsson is therefore unlikely to be a committed member of the ORAN Alliance.

"We are naturally working with peers to drive the industry forward and ensure there is more interoperability and there is nothing in that against our strategy," he says. "One part of this is about new interfaces and the other is making it faster to deploy [networks] with new systems, using new developments in AI [artificial intelligence]."

Breaking Down the Walls 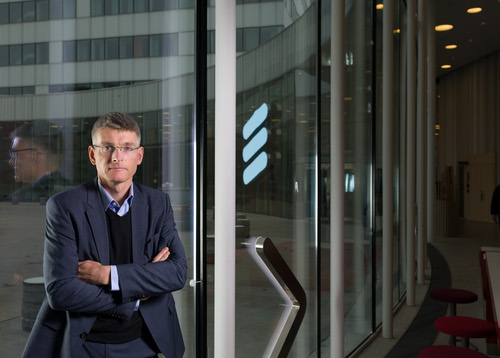 Ericsson's membership does not come as a complete surprise. Gabriel Brown, a principal analyst with the Heavy Reading market research group, had anticipated the move since last year as major telcos jumped on board the ORAN Alliance. "Operators will push Ericsson to do it and I don't think Ericsson is philosophically against it. I expect them to participate," he told Light Reading in June 2018. (See Why Resistance to the Open RAN May Crumble and Ericsson Weighs ORAN Alliance Membership.)

Nor is Ericsson the only big vendor that appears to be involved with the group. Finland's Nokia Corp. (NYSE: NOK) was previously a member of the xRAN Forum, one of two initiatives that joined forces in March 2018 to form the ORAN Alliance. Nokia's participation seems bound to have increased the pressure on Ericsson to sign up.

One of the big goals of the ORAN Alliance is to come up with an alternative to CPRI (common public radio interface), a technology that handles "fronthaul" connections between the radio units and the signal-processing equipment in telco networks. Critics say the big vendors have implemented CPRI in proprietary ways, tying operators into their RAN systems. A new specification promises greater interoperability and freedom for service providers.

While Ekudden dismisses suggestions that CPRI could eventually be displaced, he confirms that Ericsson will play some part in developing the new ORAN Alliance specification and says this could help to address entirely new demands. "The longer-term target for ORAN is to look at interoperability between vendors and features and functionality and that is something we've engaged with," he says. "When you look at the whole architecture there is an opportunity to create strong partnerships and solutions that build on open interfaces and create system value."

But the immediate ORAN focus for Ericsson is likely to be in the AI and automation areas that Ekudden calls out, he says. Besides alluding to the new fronthaul technology, Ericsson has indicated in today's statement on ORAN Alliance membership that one of its key interests is in more "open interworking" between the RAN and the network orchestration and management systems. "Management and fast set-up and being able to launch functions faster is a business opportunity for us," says Ekudden.

With good progress in this area, operators would be able to rapidly adapt their networks to different usage patterns and make sense of network data in a fraction of the time it currently takes, according to Brown. "You can take data off the network and run machine learning on it and then derive algorithms that have practical benefits," he says. "It could be simple things, like optimizing handover for cars driving along a highway, or load-balancing, or power-saving to start. That can make a big difference to network quality and capital expenditure."

RAN automation systems are an important part of the open RAN, says the Heavy Reading analyst. "In principle, you have the ability to match openness and innovation in the control layer with reliability and quality in the radio layer," he says. "And this can be multivendor -- you could control Ericsson, Huawei and Nokia all in the same network."

Ekudden says the ORAN Alliance's activities in this area will complement the efforts of the OSSii -- an older interoperability initiative focused on getting different operational support systems to work together -- but also consider new developments. "Now we have more horizontal architecture moving to cloud-native technology with orchestration, and we see ORAN has taken on next-generation responsibility to help drive architecture as well as interoperability," he says.