Altice USA is focused on driving margins and pushing for profitability rather than pumping massive volumes for its recently launched mobile product, according to company CEO Dexter Goei.

"It's clear that we have no desire to blow up our P&L in any shape or form by spending a lot of opex over the long haul to drive big, big volumes," Goei said Tuesday at the UBS Global TMT Conference in New York. "We are content at driving less volume if we are getting to profitably as quickly as possible, and we'll continue to revisit that equation." 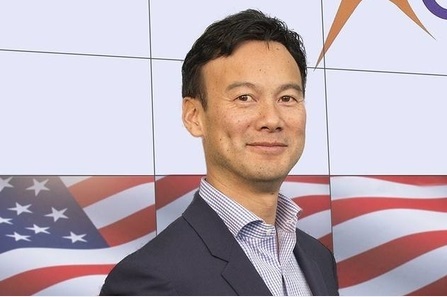 Altice USA launched its mobile service, called Altice Mobile, in early September. That service -- which relies on an MVNO deal with Sprint, a roaming agreement with AT&T and the use of the cable op's own WiFi and network infrastructure -- added 14,000 lines in Q3 2019. Notably, Altice USA's new service was available for less than a month in that period and initially focused on sales at the company's brick-and-mortar stores as it developed its online sales channels.

Goei declined to say when the company expects mobile sales to start ramping up or offer a detailed preview on 2020 expectations for the mobile product as Altice USA moves ahead with adding new enhancements and features to the product.

"There are a lot of little features that we need to implement," he said. "It's not overnight because a lot of it is IT-related in terms of the OSS/BSS side. But it's a work in progress. We clearly have three to six months of these additional things [to add] until we have the real flexibility to do the things we want to do with the business."

Goei hinted that some of the potential items on that list include the option to support trade-ins, enhancements to its international plan and the idea of adding per-Gig pricing. Altice Mobile launched with unlimited plans -- $20 per month per line for its Optimum and Suddenlink customers, and $30 per line per month for all others.

Altice USA, Goei added, will keep mobile-related losses in check by closely managing the company's marketing and distribution and other subscriber acquisitions costs.

"We're not gross profit negative, but we're not massively gross profit positive as we continue to ramp up," he said.

The operator expects to have north of 600,000 homes ready to be serviced via FTTP by the end of 2019 and exceed 1 million by the end of 2020. This buildout is coming as Altice USA makes plans to launch a triple-play service bundle on that network in the first half of 2020.

Goei noted that Altice USA expects to deploy FTTP to a "super-majority" of the Optimum footprint, and limit that to new-build scenarios in the Suddenlink footprint. The company will also start to deploy DOCSIS 3.1 on some of its HFC plant starting next year.

More big M&A 'inevitable'
Goei was also asked to weigh in on M&A activity in the cable sector and if Altice USA would be a buyer or seller in those scenarios.

"I think large-scale M&A is inevitable and not just among cable operators but across infrastructure players in general," he said. "I think we're always open to having discussions."

At the same time, he said, Altice USA remains on the lookout for "bite-sized acquisition" opportunities.

Goei also said the M&A door remains open for Lightpath, Altice USA's unit that delivers fiber-based services to midsized and large business customers. But he stressed there's no need to rush into anything.

"It's not a must-do, but we have continued to get a lot of inbound inquiries," he said, adding that the company is also looking at potential partnerships involving Lightpath under the right conditions.

"What we'd like to do is grow out of footprint and enlist partners that are like-minded [and] want to put capital to work and really grow profitably for the long term," Goei said.