The Finger-Lickin' Fone: A Plucky Effort?

Collaboration has become a major buzzword in the communications market in recent years but could anyone have expected the world's leading developer of network and device technology to team up with Colonel Sanders to develop the KFC smartphone?

Instead, marvel at this, a bright red commemorative version of the Huawei 7 plus smartphone replete with a Colonel Sanders logo on its back cover. 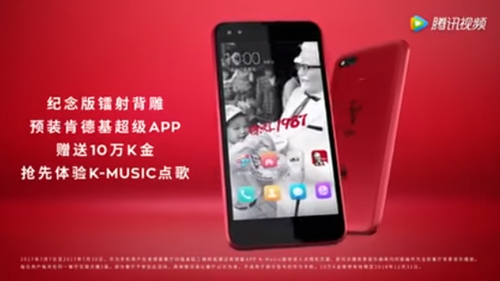 If you really want to know more, check out the following story from our sister publication Telecoms.com: Huawei has launched a KFC-branded smartphone. Seriously

kq4ym 7/27/2017 | 8:38:57 AM
Re: K factor Never be surprised by the novelty of marketing promotions. What may seem pretty wacky might well turn out to be the genius promotion of the year. At least the bright red phones will create some notice, if not tons of news releases around the world promoting the brand.
Reply | Post Message | MESSAGES LIST | START A BOARD

danielcawrey 7/16/2017 | 6:17:14 PM
Re: K factor This may seem surprising to those of us in the US, but the reality is that KFC is a very popular brand in China. KFC is much more popular in China than the US. So yes it does seem a little ridiculous, let's keep in mind KFC has also launched sunscreen. It's all about promotion.
Reply | Post Message | MESSAGES LIST | START A BOARD