There is only so much the world's biggest hardware company can bury. Two months ago, Apple unnerved the market with plans to stop telling shareholders how many iPhones it sells. This week it had to admit revenues would come in at $84 billion for the December-ending quarter (the first of its fiscal 2019 year), down from the $89-93 billion it had previously expected. Rattled by the update, investors had sent Apple's share price down more than 9% to $143.25 on the Nasdaq at the time of writing. (See Apple's Planned Cover-Up Meets Backlash and Apple Delivers Post-Holiday Turkey, Lowers Revenue Guidance.)

Apple Inc. (Nasdaq: AAPL) has several problems. The first is that it relies increasingly on sales of smartphones when many consumers, underwhelmed by the latest upgrades, are clinging onto their old devices for longer than ever. In its fourth quarter, about 60% of Apple's revenues came from iPhone sales, up from 55% a year earlier. Apple is in dangerous territory if consumers cut back their spending on phones. 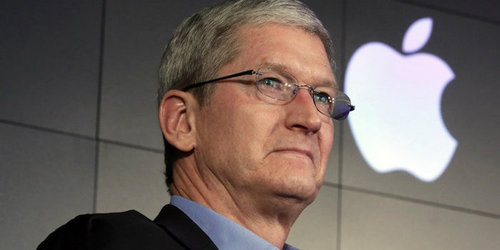 The company has been ratcheting up prices amid signs of a slowdown, but this strategy may have backfired in the ailing Chinese economy, which Apple has largely blamed for its disappointing guidance on sales. Timothy O'Shea, an equity analyst with Jefferies, thinks the price hike could encounter the same kind of resistance in other regions as the global economy starts to flag. Put simply, when a phone costs more than $1,000, and does little more than its predecessor, cash-strapped consumers may decide to leave it on the shelf.

O'Shea thinks a rising tide of Chinese nationalism, prompted by the US trade war against China, is also a factor. "Nationalism seems to be in play, with the Chinese consumer perhaps perceiving iPhone purchasers as anti-China," he says in a research note issued today. Nationalism may seem to come with fewer drawbacks, too, now that local champion Huawei Technologies Co. Ltd. -- itself a victim of US government moves -- is churning out smartphones that carry much the same wow factor as the iPhone. In a December update, Huawei claimed to have sold about 200 million smartphones last year, a sharp increase on the 153 million it flogged in 2017. (See Have Devices Overtaken Networks as Huawei's Biggest Unit?)

That 200 million is more than Jefferies expects Apple to sell this year. Slashing his estimates following Apple's gloomy update, O'Shea is now guiding for about 185 million unit shipments in 2019, having previously forecast around 206 million. "This would mark the first time since [fiscal year] 2015 that Apple has sold fewer than 200 million iPhones," he says. Last year, it sold nearly 218 million iPhones. This year, it will hide that number, forcing the market to rely on estimates.

The best companies get over hurdles of this nature by coming up with attractive new products, but Apple has struggled to find an iPhone successor. Sales of iPads raised $4.1 billion in revenues during the fiscal fourth quarter, less than 7% of Apple's total. At its "other products" category, which lumps together gadgets including AirPods, Beats headphones, Apple Watches and HomePods, Apple generated around $4.2 billion. Stylish as they may be, older form factors do not have the legs to prop up sales: Mac computers accounted for only $7.4 billion of Apple's $62.9 billion in fourth-quarter revenues.

It's not all doom and gloom, though. A fast-growing services business generated $10.8 billion in first-quarter revenues, said CEO Tim Cook in a letter to investors. That is a significant increase on the $8.5 billion it made during the year-earlier quarter, and up sharply from $10 billion in the fourth. The services division also looks far more profitable than Apple's hardware business: Jefferies puts the gross margin at 60-66%, estimating 35% for hardware.

But revenue growth from services is unlikely to offset the immediate pressure on iPhone sales. That many of its services will function only on Apple's hardware, and not with other devices, may also limit the size of the opportunity. While opening its software might give Apple a bigger addressable market, it would be a risky move for a company whose success is partly attributed to the tight integration of hardware and software in its products. Yet if Apple is to challenge the likes of Amazon.com Inc. (Nasdaq: AMZN) and Google (Nasdaq: GOOG) in the services arena, it may have little choice -- unless it can strike hardware gold once again.