Google introduced its long-awaited Pixel 4 smartphone at its annual hardware launch this Tuesday, along with several other products.

The Pixel 4 and the larger 4 XL will ship on October 24, starting at $799 and $899 respectively. They will be sold by all the major US carriers, including Xfinity and Spectrum. That's a change from Googles previous carrier partnership with Verizon for its first 2 Pixel models.

The Pixel 4 and 4 XL both use Qualcomm's Snapdragon 855 processor, 6GB of RAM (either 64GB or 128GB of storage) and dual 12 megapixel and 16 megapixel rear cameras. The Pixel 4 has a 5.7-inch display, whereas the Pixel 4 XL moves up to 6.3-inch display. The 4G LTE device uses the Android 10 operating system.

The phone features the Soli radar chip onboard. At launch, this allows face unlock security features, allowing the user to login to apps and authorize purchases on the phone.

Soli and Motion Sense software allows a user to control the phone using gestures -- waving her hands over the phone -- including dismissing incoming calls, controlling media apps and silencing alarms.

Google souped-up the camera software in the Pixel, including Night Sight, which allows better photography at Night. Google brought on photographer Annie Leibovitz to talk briefly about her photographs, recently taken around the US, using the Pixel 3 and Pixel 4. 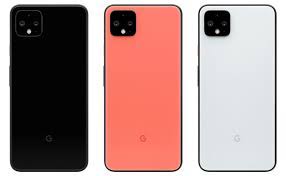 "It's a brand-new language," said Leibovitz.

Google unveiled the Pixelbook Go, a $649 Chrome operating system laptop at the show. And it updated its Nest-connected home system with a new Nest Mini controller and WiFi offerings.