US technology companies are choking off supplies to Huawei as they fall in line with President Donald Trump's executive order last week aimed at the Chinese equipment giant.

A host of chipmakers are said to have frozen component supplies to Huawei, including Intel, Qualcomm, Xilinx and Broadcom, according to a news report from Bloomberg, which cites sources close to the matter. German semiconductor maker Infineon has also blocked component sales, writes the Nikkei, in a sign of US pressure on companies based elsewhere.

And in a move that could potentially cripple Huawei's fast-growing consumer business, Internet powerhouse Google has blocked Huawei's access to vital software needed for updates to the Android operating system and associated apps.

Responding to that move in emailed comments, Huawei said it would continue to provide security updates and after-sales services to all existing Huawei smartphones and tablets.

But Daniel Gleeson, a principal analyst with Ovum focused on the smartphone sector, warned of the potential consequences for Huawei outside China. "The immediate impact is this kills Huawei's international smartphone business," he told Light Reading. "Huawei shipped 206 million smartphones in 2018 and about 100 million of these were to international markets. This would cost Huawei approximately $25 billion in revenues."

Gleeson also spies an opportunity for Huawei's smartphone rivals. "The big issue for operators is that Huawei was in line to be a major smartphone partner for 5G launches in 2019, which will cause several brands to need to rejig their existing launch plans," he said. "I expect that -- in the short term -- Xiaomi, OnePlus and OPPO will make a major push to claim Huawei's vacated market share."

CCS Insight, another market research firm, said the full ramifications would hinge on the extent of Google's restrictions, which are still not clear. "However, any disruption in getting updates to the software or the associated applications would have considerable implications for Huawei's consumer device business," said Ben Wood, the company's research chief, in emailed comments.

Wood said that consumers who currently use Huawei's devices do not have to panic because the measures will affect only future devices and devices. "Google has publicly stated that its App Store, Google Play and security updates from Google Play Protect will continue working on existing Huawei devices," he explained. "However, until we have a clear understanding of what exact measures Google has decided to take it is impossible to second guess the impact on future devices."

Adversarial
The various measures by technology firms come days after Trump issued an executive order allowing US officials to block any transaction involving technology developed by a foreign adversary. While Huawei is not named in the White House statement, the entire industry, including Huawei, has interpreted the order as the latest US strike on the Chinese vendor, which sells network products and consumer devices.

The US Commerce Department also indicated it would be "adding Huawei  and its affiliates to the Bureau's entity list." US companies cannot ship technology to anyone named on that list without obtaining a license from the Commerce Department's Bureau of Industry and Security, which would deny any requests if it believes the sale is harmful to US interests. 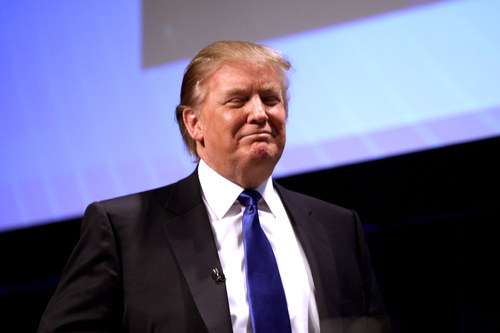 US President Donald Trump has launched a full assault on the Chinese equipment vendor.

"This action  places Huawei, a Chinese-owned company that is the largest telecommunications equipment producer in the world, on the Entity List," said Commerce Secretary Wilbur Ross, in the official statement. "This will prevent American technology from being used by foreign-owned entities in ways that potentially undermine US national security or foreign policy interests."

The press reports this week suggest most of Huawei's big US suppliers have moved quickly to block the Chinese vendor, despite the damage to their own commercial interests.

Intel's share price closed down 1.4% on May 17, while Qualcomm's fell 1.6%, after dropping nearly 4% on May 16, as markets were rattled by Trump's declaration. Broadcom's share price has lost 5% of its value over the same period, while Xilinx, which supplies programmable networking chips to Huawei, is down 8.5%.

The falls are typically commensurate with Huawei's importance as a customer. Smaller optical equipment makers that depend heavily on sales to the Chinese company, including NeoPhotonics and Lumentum, have suffered badly in the last few days. NeoPhotonics' shares have lost a third of their value since Trump issued his statement, and Lumentum is down 18%.

Infineon, a German semiconductor manufacturer, was trading down 3% in Frankfurt this morning at the time of publication.

Companies that deal with Huawei are evidently more worried about the consequences of not acceding to the executive order than they are about losing Huawei as a customer.

Throttling Huawei's supply lines and access to parts of the Android operating system could deal a major blow to the Chinese vendor, according to experts. Last year, similar moves against ZTE forced the smaller Chinese equipment maker to cease operations for several months and nearly drove it out of business.

Huawei is understood to be less reliant than ZTE on US technology and has been racing to build up its own technology capabilities in preparation for a US ban. Huawei spent 101.5 billion Chinese yuan ($14.7 billion) on research and development activities last year, up from RMB89.7 billion ($13 billion) in 2017.

HiSilicon, Huawei's components arm, is increasingly positioning itself as a viable alternative to the likes of Qualcomm and Nvidia, a US designer of graphics processing units, which could play a vital role in future artificial intelligence systems.

Last week, HiSilicon's boss He Tingbo was reported to have sent an internal memo criticizing US sanctions and hinting at efforts to bolster in-house tech.

But Huawei has also been stockpiling inventory in preparation for a possible US ban. Its inventory and contract costs rose about a third last year, to roughly $14.5 billion.

At the consumer device business, Google's restrictions threaten to derail the fastest-growing part of Huawei's business empire. Last year, that overtook the carrier business to become Huawei's biggest single contributor to sales, with revenues up 45%, to RMB348.9 billion ($50.5 billion).

Huawei is said to have been developing its own operating systems as part of its planning for a US ban, but dislodging Android and Apple in the smartphone ecosystem would be a huge challenge.

In its emailed comments, Huawei said: "Huawei has made substantial contributions to the development and growth of Android around the world. As one of Android's key global partners, we have worked closely with their open-source platform to develop an ecosystem that has benefited both users and the industry."

The firm also indicated it would continue supporting existing smartphones, including devices it sells under its Honor sub-brand. "Huawei will continue to provide security updates and after-sales services to all existing Huawei and Honor smartphone and tablet products covering those that have been sold or still in stock globally," it said. "We will continue to build a safe and sustainable software ecosystem, in order to provide the best experience for all users globally."