Beyond Nexus? Google Said to Be Prepping Own Smartphone

Google is set to start marketing a Google-branded smartphone, distinct from the current Nexus line, by the end of 2016, according to a report from a respected national UK newspaper.

The Google (Nasdaq: GOOG) device would be different from the Nexus phones that Google is currently marketing and the Ara modular phone the company is developing, according to a report by The Telegraph, which cited an unidentified senior source at the company.

The idea behind the Ara project is to provide a frame containing CPU, GPU, antennas, sensors, battery and display, with standard connectors that will allow third-party manufacturers to create pluggable modules for any number of possible purposes.

The design and functionality of the new Google phone(s) would be specified by Google. The company would presumably be able to optimize operating efficiency, control OS updates and reduce competition with competing apps.

The Android market is by nature more fragmented than the iOS market, but there is some concern that the Android market could be fragmenting too much. Google having its own phone would give it a platform to provide a baseline guide for -- if not the ability to exert outright control over -- the progress of its own operating system.

A branded phone would also provide the company more direct participation in mobile search, a growth market that is one of the current catalysts in the mobile market's latest transformation, including the planned sale of Yahoo Inc. (Nasdaq: YHOO)'s core business, which has the potential to substantially strengthen the mobile search operations of whichever company ends up owning it. (See Verizon Bids $3B for Yahoo  WSJ Report.)

kq4ym 7/11/2016 | 9:13:53 AM
Re: Huh? Nexus get Android updates first. Interesting how Google tries to get a bit more proprietary as time marches on. Maybe the plug in module idea might be a useful format for not only general use by very specialized needs as well?
Reply | Post Message | MESSAGES LIST | START A BOARD 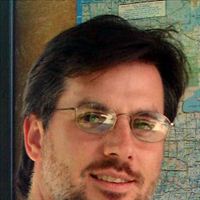 In fact, I went from a Nexus 4 to a One+ One. The experience was so bad that I went back to the much older Nexus 5.

If Google is making their own phone that stands to be even better than a Nexus model.

inkstainedwretch 6/27/2016 | 4:54:58 PM
Search Defeat? Possibly. I believe everything that Google, Facebook, Apple, Microsoft, and Amazon do over the next 5 years will all be in the service of creating their own AI-based personal assistants, the first two successful examples of which will have the potential to be the biggest drivers of ad sales in the history of the universe.

And I feel fully confident there is no hyperbole involved in that statement because I believe in my heart that advanced life forms in other parts of the universe must be smart enough to develop societies  based on something other than ad sales.