AT&T Gets 81% of Subs Off Unlimited Data

AT&T's recent changes in its pricing and subsidy models are paying off; more than 1 million of its customers have moved from unlimited data plans to tiered Mobile Share options.

As of the first quarter, 81% of AT&T Inc. (NYSE: T) customers were on a tiered data plan -- a 6% bump from the fourth quarter of last year. That's 42.9 million customers who are signed up for usage-based data plans, versus 33.5 million a year earlier. This is a big deal for the carrier as it looks to reduce the number of data hogs on its network.

Despite what CFO John Stephens called a "noisy competitive environment," AT&T managed to add more than 650,000 postpaid customers in the quarter. That net growth -- the strongest first-quarter growth in five years -- was due in large part to the success of both Mobile Share and Next, a plan the company ironically introduced as competitive response to T-Mobile US Inc. (See AT&T Adds 625K Postpaid Subs in Q1.)

Next is the carrier's no-subsidy plan, in which customers pay up front for their handset and can upgrade every year instead of waiting two. More than 40% of its smartphone gross adds and upgrades (at 2.9 million this quarter) were to a Next plans, causing a shift in revenue from services to equipment. Stephens said Next is also driving upgrades to LTE devices. More than 57% of the smartphones on its network are now 4G capable. (See AT&T's Next to Shorten Wait for Device Upgrades.)

"We've seen a dramatic change in purchasing activity," he said on the call. Even so, AT&T has no plans to do away with its subsidy plans, at least as long as there are a "significant number of customers who prefer it."

The CFO said it's too early to have a lot of Next customers trading in handsets yet, but he expects the carrier to use those phones that are exchanged in insurance fulfillment, for the prepaid market, or on the wholesale market, which is what it primarily did with trade-ins last years.

Customer migration to its data bucket Mobile Share plans was also "incredible," Stephens said on the call. The carrier offers Next customers discounted Mobile Share pricing, and he said that 46% of accounts are subscribing to at least the 10GB data option. Mobile Share's overall penetration is 46%, versus 20% in the fourth quarter, with accounts now totaling 11.3 million. (See AT&T Joins Verizon in the Shared Data Pool.)

The carrier also said that it plans to relaunch the Cricket brand, now fully under its ownership, in an aggressive way at the end of the second quarter. (See AT&T Plans a Prepaid Cricket Attack.) 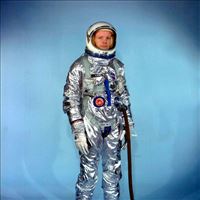 Sarah Thomas 4/24/2014 | 1:00:53 PM
Re: Shared Data Migration That's a dangerous game to play! Sure, they don't want you to go over because of the traffic, but you're the one that will be playing overages.

And, good point on tethering. I didn't think of that, but it's defintely a data cap buster.
Reply | Post Message | MESSAGES LIST | START A BOARD

burn0050bb 4/24/2014 | 12:53:50 PM
Re: Shared Data Migration When I chatted with the person on the web site, they swore it was not an introductory rate, would not go up, etc. (I asked pointedly). Technically, the person wasn't lying. As long as you don't upgrade your phone, it won't go up. But this bait and switch really pisses me off. Had I known these details, I wouldn't have changed my plan.

I now plan to use as close as I can to the limit out of spite. They start sending you warnings every 2.5Gigs used to try to scare you into using less.

LawD 4/24/2014 | 11:18:46 AM
Re: Shared Data Migration They are unsubsidized rates, not teaser rates. After a few months, that $25 monthly "savings" can buy one of several handsets that are more than capable for most users. The Lumia 520 which regularly goes for $60 or less comes to mind.
Reply | Post Message | MESSAGES LIST | START A BOARD

Sarah Thomas 4/24/2014 | 8:40:26 AM
Re: Shared Data Migration It's not something they mentioned to me until they very end of our call when I was switching too. It'll be an issue for my parents in a few months when they're eligible to upgrade. There's value in holding on to your phone as long as you can!
Reply | Post Message | MESSAGES LIST | START A BOARD

Phil_Britt 4/24/2014 | 8:38:06 AM
Re: Shared Data Migration What about the upgrade issue that burn mentions? It's something I was unaware of, but it's a good point. Most people upgrade their phones every 18 months or so (I won't mention how long I had a flip phone).
Reply | Post Message | MESSAGES LIST | START A BOARD

Sarah Thomas 4/24/2014 | 8:29:14 AM
Re: Shared Data Migration Ugh, those promotions can really drive you nuts when they end. My U-Verse bill seems to get higher every month and the explanation is always that a promotion ended. But, what you found is the exact reason its Next plans are doing so well too. People may not want them necessarily, but they make they move once they go to upgrade their phone and realize the price bumps that result. Linking the plans and savings together was a smart move for AT&T to get customers to do both, even if they aren't happy about it.
Reply | Post Message | MESSAGES LIST | START A BOARD

Sarah Thomas 4/24/2014 | 8:27:28 AM
Re: Shared Data Migration I could see where that would be the case, but I'm one of those that joined a Mobile Share plan in Q1 with my parents. I use quite a bit of data -- a lot more than them -- and we are nowhere close to hitting the 10GB cap. You'd have to be a pretty big movie watcher, never use WiFi or have a lot of devices on your plan for it to be an issue, I would think.
Reply | Post Message | MESSAGES LIST | START A BOARD