The software update was mostly designed for consumers (we never want to hear the phrase "tongue detection" again). But the software, unveiled Monday at Apple's World Wide Developer Conference, provides a few capabilities making it attractive for companies deploying iPhones and iPads to workers. It'll be available as a free update in September.

Get more life from old devices: Apple says iOS 12 is focused on performance, meaning that enterprises can keep their older iPhones and iPads in workers' hands longer, while still taking advantage of the latest security updates, capabilities and apps. Apple says iOS 12 will support all the devices that iOS 11 supports, back to the iPhone 5s, introduced in 2013.

Performance improvements will allow apps to launch up to twice as fast, even when the system is operating under heavy loads. Typing is more responsive, with the keyboard appearing up to 50% faster and the camera launching up to 70% faster, Apple says.

Safari on iOS 12 and Mojave block tracking users based on their system configuration by presenting simplified system information when users browse the web. And Safari also gains improved password controls.

Apple is reportedly testing a new iOS feature that could make it much harder for police to unlock iPhones without the user's permission, by limiting USB connections to iOS devices. Hardware tools from Cellebrite and GrayShift for unlocking iPhones require a USB connection. 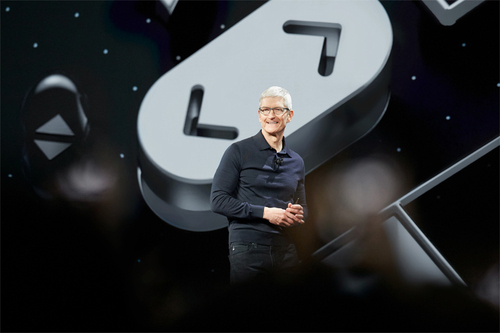 Tim Cook kicks off the Apple World Wide Developer Conference on Monday.
Now entering its fifth year, the 2020 Vision Executive Summit is an exclusive meeting of global CSP executives focused on navigating the disruptive forces at work in telecom today. Join us in Lisbon on December 4-6 to meet with fellow experts as we define the future of next-gen communications and how to make it profitable.

iOS app portability for the Mac: A new developer framework is designed to make it easier to move iPhone and iPad applications to the desktop. Apple expects general availability in mid- to late 2019, but it already is using those tools internally to bring stock iPhone apps to the Mac, namely News, Stocks, Voice Memos and Home.

Health records: Healthcare providers will take advantage of a new Health Records API to allow developing applications that use health data to better manage medications, nutrition plans, diagnosis and more. More than 500 hospitals and clinics have access to the secure, encrypted data.

Siri Shortcuts is a new automation app allowing users to build voice-activated automated actions for apps or groups of apps acting in sequence.

New notifications controls allow users to put their phones in "Do Not Disturb" mode at specific times, locations or when specific actions are taken. Users get controls on how notifications are delivered, and grouping to view and act on notifications quickly. So you're less likely to be that guy whose phone goes off in a meeting.

CarPlay gets support for third-party navigation apps, such as Waze. (Not really an enterprise feature, but useful for people who drive to work.)

WatchOS 5: The new Walkie-Talkie mode on Watch OS 5 allows Apple Watch users to communicate with each other over voice. And the Siri watchface gets additional shortcuts and notifications. (I use Siri on workdays to keep track of upcoming meetings.)

Shared AR: Augmented reality gets discussed mostly in terms of games and entertainment, but it has potential for training and field service as well. For example, a technician might look at malfunctioning equipment in the real world and see an augmented-reality overlay showing information about components requiring repair.

Apple provides more details about its AR advances in a press release. The examples are phrased in terms of games, entertainment and consumer apps, but you can imagine workplace opportunities as well.

DanJones 6/6/2018 | 4:42:41 PM
Re: FaceTime @James Very true. There's prospects for AR enterprise software in the future for sure, but Apple mostly focused on the Lego app in the keynote.
Reply | Post Message | MESSAGES LIST | START A BOARD