BARCELONA -- Mobile World Congress -- The hype around Hotspot 2.0 is giving way to slow and steady progress from the operators with a practical focus on policy.

That was the general perception of the two-year-old standard, which automatically connects mobile users to carrier WiFi networks, at this week's MWC in Barcelona. To work seamlessly, the standard requires support in the handset, at the access point, and from mobile operators. So far, the Wi-Fi Alliance has certified more than 75 devices that support the standard, but the operators are just now starting to come around. (See WiFi Passpoint: Ready for Prime Time and AT&T: Hotspot 2.0 Integral to Multimode Small Cells.)

"I would say that Hotspot 2.0 is making steady gains but not outrageous gains," Devicescape Software Inc. CEO Dave Fraser told Light Reading at the show. "It's almost been overhyped as the silver bullet for capacity and service issues, but Hotspot 2.0 or any carrier WiFi can be expensive and time consuming."

For consumers, Hotspot 2.0 is important because of the automatic authentication and the potential for lower bills, but its scope remains pretty limited. Fraser said it does nothing to improve the quality of your WiFi, and it won't seek out noncarrier networks unless they are roaming partners of the carrier. (See Carrier WiFi: The Handoff Tradeoff.)

"The whole quality of experience area is still ground for improvement," he said. "Hotspot 2.0 only goes 10% of the way there. It doesn't say you're too far from the network or what the servers are willing to do."

However, the operators are working on that, as well. For them, the appeal of Hotspot 2.0 is increased use of WiFi, alleviating network congestion, and the ability to choose when to hand off based on network conditions, speed, location, and billing preferences.

At least, that's the goal, and the industry is working now on the policy piece, according to Matthew MacPherson, director of technical marketing Cisco Systems Inc. (Nasdaq: CSCO). At this week's show, Cisco, AT&T Inc. (NYSE: T), and Accuris Networks plc trialed the technology, but using it required forgetting any other previously used WiFi network. It was far from automatic.

MacPherson said this won't be an issue when it's provisioned out the box, which will be the case going forward. Hotspot 2.0 can be pushed to new devices via a software update, as was the case with Apple's iOS 7 update, and it's being included in most future Android phones. (See iOS 7: The Next-Gen Hotspot Game Changer .)

Another thing helping to move the technology forward is the fact that Boingo Wireless Inc. has expanded its Hotspot 2.0 carrier and device maker trial, which started at Chicago's O'Hare International Airport, to 21 airports across the country. Derek Peterson, Boingo's senior vice president of engineering, told us in a preshow interview that all the carriers are talking about enacting Hotspot 2.0 today, but roaming agreements are still necessary and still must be forged. Boingo, which acts as a hub for more than 140 operators' hotspots, has several such contracts in the works. (See Boingo Expands Hotspot 2.0 to 21 Airports, WiFi 2.0: Roaming Holds the Key, and WiFi Roaming: The Technical Considerations.)

"The technology might be new, the approach is new, but the business is the same," Peterson said.

Thanks for the clarification. Good to know the specifics.
Reply | Post Message | MESSAGES LIST | START A BOARD

GeoTel 3/27/2014 | 6:04:25 AM
Appealing If this made having a stable and reliable hotspot while traveling easier and more affordable, especially abroad, I'd be thrilled to sign up.
Reply | Post Message | MESSAGES LIST | START A BOARD 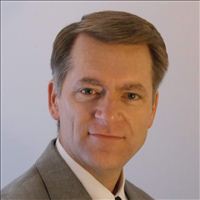 Sarah Thomas 3/5/2014 | 4:27:18 PM
Re: Progress is good... But ANDSF solves the authentication problem within operators' own WiFi footprints, doesn't it?
Reply | Post Message | MESSAGES LIST | START A BOARD

[email protected] 3/4/2014 | 1:09:40 PM
Re: Progress is good... Sarah.  That's actually a misunderstanding.  Hotspot 2.0 is the standard for securely authenticating users onto a carrier-grade Wi-Fi network.  ANDSF is the standard for network-based policy decisions about whether the user will move onto the cellular or the Wi-Fi network given network conditions.  They are not mutually exclusive.  They work in synch.
Reply | Post Message | MESSAGES LIST | START A BOARD

mmacpher 3/3/2014 | 11:58:42 PM
HS2.0 Seamless Connectivity HotSpot 2.0 does provide seamless and secure connectivity.  The MWC public Wi-Fi provided both HS2.0 and PSK (Pre-Shared Key - e.g. SSID with password) public access.  This was for two key reasons... First, there needed to be legacy support for non Passpoint compliant devices (Passpoint is the certification the WFA does to ensure HS2.0 device compliance).  Second, HS2.0 authentication goes back to your home operator for authentication, so the home operator of your SIM must be participating in the roaming agreement.  If your home operator wasn't participating you would need to use PSK.

So, given a Passpoint device and the right operator SIM, why would the MWC experience seem not so seamless?  This is due to the connection priority in your phone.  Most phones will prioritize a known network over an unknown network.  A known network is one that you have connected to before.  HS2.0 networks are considered unknown as they authenticate when discovered, so don't have to be remembered by the device.  The most common known networks on your phone would be your home and/or office. So what happens if your home or office is next to a coffee shop that supports HS2.0?  If HS2.0 was the prioritized connection, then you would connect to the coffee shop instead of your home/office - which is not the desired behavior.

Back to MWC... in order for HS2.0 to work seamlessly your device must have no known networks available, e.g. in Wi-Fi range.  So if you had already connected to MWC via PSK, it would always connect this way.  If you tell your device to forget the PSK network, then bingo... right into HS2.0.  You would not have to tell your device to forget all known networks.  For example, your home network or office network could still be on the device, but since those networks were not available at MWC, no problem, HS2.0 would find and connect you automatically.

Here is the good news!  As more and more networks enable HS2.0 the more seamless your experience will be.  No more selecting an SSID, accepting a contract, signing up for service, or punching in a credit card.  The connection is done automatically through a roaming relationship with your home operator - just like cellular.  Second, HS2.0 is secure!  It uses 802.1x for L2 authentication, 802.11i for L2 air encryption, and EAP methods (EAP/SIM for MWC) for L3 authentication.  This is far more secure than existing WebAuth and WISPr deployments.

So, although the technology described above may be too complex for the average user, they won't care because they'll just connect automatically, seamlessly and securely.  And... isn't that how it ought to work?
Reply | Post Message | MESSAGES LIST | START A BOARD

macster 3/3/2014 | 11:54:22 AM
Re: Progress is good... I guess Vodafone's Always Best Connected is what they are trying to achieve, but there will always be conflict of interest, since "best connected", more often than not, means lowest cost to subscriber.
Reply | Post Message | MESSAGES LIST | START A BOARD