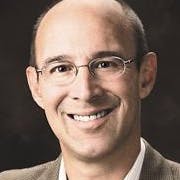 There are a number of factors driving demand for new mobile backhaul architectures, but there is no doubt that mobile network operators need more capacity at a lower total cost of ownership.

New backhaul technologies are being considered, and some analysts predict $30 billion will be spent on backhaul equipment between now and 2017. However, with the explosion in demand for wireless bandwidth, which could reach 11.2 exabytes per month by 2017, we are seeing more small cell installations to expand capacity, especially in hard-to-wire locations. These small cell extensions allow carriers to add capacity or coverage in a more targeted manner. However, the design and implementation of the backhaul and fronthaul can be even more complex than a traditional macro site.

For example, Atlantas Olympic Centennial Park recently completed a project for Verizon Wireless to add 22 small cell nodes to handle peak demand during special events such as concerts and festivals, when you can have thousands of attendees all trying to upload to Instagram and Facebook at the same time. Using strategically positioned dual-frequency small cell nodes, the fronthaul is able to cover the entire 22-acre park. The Centennial Park network can now accommodate 5,500 simultaneous Verizon Wireless users with 80 Mbit/s of data throughput. (See What the [Bleep] Is Fronthaul?.)

To accommodate increasing bandwidth demand, carriers such as Verizon are deploying more small cells, and sites are becoming smaller, simpler and denser. According to SNS Research, the global market for 3G and 4G plateaued in 2013 at $52 billion, and is expected to drop by 2% annually, falling to $47 billion by 2020. Carriers are shifting spending to heterogeneous networking (HetNet), including small cell, carrier WiFi, distributed antenna systems (DAS) and cloud RAN (C-RAN) hardware. The small cell and carrier WiFi market alone should reach $4 billion in 2015. Mobile network operators are gearing up for a new kind of backhaul architecture that makes better use of the fronthaul radio access network. (See C-RAN Blazes a Trail to True 4G.)

Need to know more about how network operators can scale and optimize their backhaul networks in a 4G/LTE world? Then check out the agenda for Backhaul Strategies for Mobile Operators, October 29, at the Westin Times Square, New York.

The old access/aggregation/core hierarchy model -- where data is collected at a base station and backhauled to aggregation points -- no longer works in overloaded wireless networks, especially in dense urban areas. Subscribers armed with smartphones and tablets with video capability are putting a strain on the edges of the network, and mobile operators are now using macro cells to extend network access. The result is an evolution in small cell and macro cell applications, and the adoption of new HetNet architectural models to deliver voice and data.

In the case of the Olympic Centennial Park small cell project, for example, the installation was a HetNet configuration with a remote radio head (RRH) feed using Common Public Radio Interface (CPRI) over dark fiber fronthaul to baseband units (BBUs). The BBUs were placed in a nearby macro cell site that served as a hub. Using RRH technology promotes greater reliability and scalability, so the carrier can increase cell density at lower cost. Fronthaul architectures also deliver additional capacity and coverage as needed, operating as a point-to-multipoint multicast connection between the BBU and the RRHs with full channel capacity available at each radio head.

Of course, there are challenges with small cell fronthaul networks. Carriers have to transmit data from both high-power and low-power RRHs to the BBUs, and using small cells can introduce high levels of cell edge interference. There also may be difficulties interfacing with existing macro networks.

And both RRHs and BBUs have to overcome real-estate restrictions. You have to have access rights and power at the RRH from a streetlamp or other street furniture. The BBU has to be optimally placed in relation to the RRH units, and it has to be accessible for maintenance -- a combination of an engineering and a real-estate challenge. You also want to make fiber connections from the base station to the RRH and the antenna wherever possible, although wireless fronthaul and backhaul designs are evolving for cell sites deployed along roadsides and to cover rural areas, where fiber is even less practical.

As small cell architectures continue to evolve, it will be up to carriers and small cell providers to work together to perfect new design approaches that make engineering and economic sense. The early small cell installations have demonstrated positive price performance, but we have to perfect fronthaul design and closely manage cost of ownership to ensure that the promise of small cell density and the benefits of HetNet are fulfilled.