A lightning-fast jab is futile unless a boxer has the leg muscle to unleash it. Operators pumping up their mobile access networks through 5G investments could find themselves similarly powerless without correspondingly beefy backhaul. Yet the fiber networks that would provide the sturdiest solution are not readily available in some of Europe's biggest markets.

This backhaul black hole has loomed darkly above Europe's mobile markets for several years. In mid-2014, mobile giant Vodafone, armed with data from the Analysys Mason market research group, warned regulatory officials that European mobile consumers would start suffering in the next three to five years unless operators could access the fiber networks owned by the region's incumbents at reasonable prices. Three years later, and as concern mounts, not much has changed in the major economies of the UK and Germany. 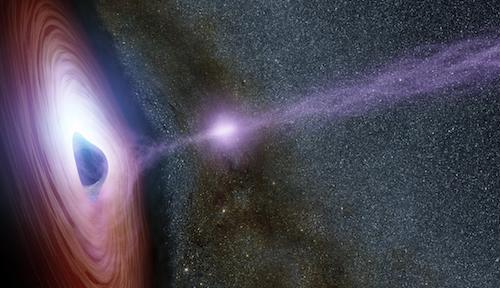 The lack of fiber access for mobile backhaul represents a 5G black hole in some of Europe's biggest markets.

The backhaul problem now threatens to plunge Europe's mobile markets into crisis as operators begin preparing for the rollout of even higher-speed 5G networks. If mobile operators cannot obtain access to incumbents' networks, they may have to fall back on sub-optimal technologies that impede their introduction of economically valuable 5G services. Building new fiber networks from scratch would add billions of dollars to the overall 5G budget.

Already, operators contending with saturated markets and zero growth in sales are fretting about the cost of building nationwide 5G networks. While there is still uncertainty over the eventual size of the 5G bill, no one doubts that blanketing whole countries with 5G would entail considerable expense. The European Commission (EC) puts the figure at 57 billion ($68 billion) for the entire region. But Timotheus Höttges, the CEO of Germany's Deutsche Telekom AG (NYSE: DT), reckons Europe could be looking at total 5G expenditure of between 300 billion ($356 billion) and 500 billion ($594 billion). (See DT Plots 5G Across Entire Footprint.)

Moreover, in just-published research, Analysys Mason has estimated that, for an operator with both fixed and mobile networks, 5G will add at least three percentage points to capital intensity (or capital expenditure as a percentage of revenues) for several years. For a mobile-only player, it says, the increase will be "a lot more."

That is likely to reflect rising backhaul demands. As mobile networks shoulder soaring volumes of high-speed data traffic, operators will need capable fixed-line infrastructure to ferry that traffic from basestations to their core network systems. Without access to fiber, backhaul could become the bottleneck that disrupts the 5G experience. Kye Prigg, the head of mobile networks for Vodafone's UK business, says backhaul transmission represents one of the biggest 5G investment hurdles that operators must overcome. (See Vodafone UK Turns Mobile Network Guns on BT/EE.)

The problem is not just a lack of fiber in the ground. Even where it is available, Vodafone Group plc (NYSE: VOD) has not been able to access those networks on terms it deems acceptable. Across Europe, most of the existing fiber infrastructure is owned and controlled by the region's former state-owned monopolies, whose networks were originally built using public-sector funds. In the era of privatization, incumbents in important European markets remain unwilling to open up those networks to their mobile rivals, insists Vodafone. "It's all too easy for them to discriminate against competitors," says a spokesperson for the operator. "Wholesale access is not always made available, it can be extremely expensive and service levels can be very poor."

It is not just Vodafone that is unhappy, either. "In the UK marketplace, fiber availability is still not where it needs to be to make it commercially viable and meet 5G expectations at the appropriate point in time in the future," says a spokesperson for Spain's Telefónica , which operates a mobile-only network in the UK. Hutchison-owned Three UK , the smallest of the UK's mobile network operators, similarly complains that poor fiber availability could have an adverse impact on the economics of 5G.