Where Huawei Fears to Tread

It took Huawei about 28 years to become the world's biggest supplier to communications service providers. Founded in 1987, it finally overtook the 139-year-old Ericsson in 2015. But its loss of the coveted top spot could happen in a relative heartbeat. (See How the West Can Hurt Huawei and Huawei: New King of the CSP Market.)

Government authorities or operators in six countries, including a few of the world's biggest economies, have now restricted Huawei Technologies Co. Ltd. in some manner, supposedly out of concern that Chinese vendors are a threat to security. Under apparent pressure from the US, others are said to be weighing their options. A domino effect, as a multitude of countries raise the drawbridge on Chinese suppliers, would seriously curtail Huawei's prospects.

How likely is this? The governments that have so far moved to limit Huawei's activities are mainly members of the so-called "Five Eyes" partnership, under which Australia, Canada, New Zealand, the US and the UK share information on crime, espionage and terrorism. But Japan, a country with a large US military presence, has this week banned its ministries and defense forces from buying and deploying Chinese IT and telecom equipment. The new rules seem bound to influence the network decisions taken by Japanese service providers. (See Japan Next in Line to Block Huawei, ZTE.)

Elsewhere, US authorities have been lobbying against Huawei in Europe, according to a spokesperson for the Chinese vendor. In the UK, security watchdogs this year flagged vulnerabilities in Huawei's products, while BT Group plc (NYSE: BT; London: BTA), the telecom incumbent, was this month revealed to be stripping Huawei out of its mobile core and optical networks. So far, however, any US pressure appears to have had little effect in other European countries. Despite earlier reports of German concern about Huawei, the country's interior ministry this week said there are no legal grounds for excluding any vendor from the 5G market, according to Reuters. (See Huawei Cut Out of BT's Mobile Core, Optical & Edge Plans and Europe's Telcos Fret as Walls Close In On Huawei.) 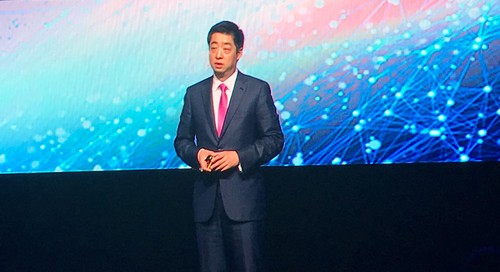 In markets where Huawei's movement is restricted, the big question is how far authorities and customers will go. In the US, Huawei has been effectively banned from serving the major telcos since 2012, when a government report warned them off using Chinese vendors in their networks. This week's move by Japanese authorities could have a similar impact. Reports originating with Japan's Nikkei newspaper indicate that SoftBank Corp. now plans to replace Huawei as a 4G supplier with Ericsson AB (Nasdaq: ERIC) and Nokia Corp. (NYSE: NOK).

In the mobile markets of Australia and New Zealand, however, the door has been closed only on future 5G business. Huawei has not been officially thrown out of the 4G house and appears to have big deals in place with Vodafone Hutchison Australia and New Zealand's Spark. The risk for Huawei is that a tightening of government restrictions squeezes it out of existing business. Vodafone and Spark, alternatively, might pre-empt that move, although pulling Huawei gear out of the 4G radio access network could prove as painful for executives as tooth extraction. In Canada, which is also under US pressure to exclude Huawei, operators Telus Corp. (NYSE: TU; Toronto: T) and BCE Inc. (Bell Canada) (NYSE/Toronto: BCE) would face at least $1 billion in costs to remove Huawei from their networks, according to a Bloomberg story this week. SoftBank's Huawei removal in Japan will also be time-consuming and costly, reports Reuters, citing industry sources. (See New Zealand blocks Huawei from 5G deal with Spark and Australia Excludes Huawei, ZTE From 5G Rollouts.)

Such moves would represent a major loss of existing business for the Chinese vendor. So far, the biggest setback is perhaps BT's decision to strip Huawei out of its mobile core and optical networks, as confirmed to Light Reading. The move is a curious one. BT has been determined since 2006 to keep Huawei out of its core, a sensitive part of the network that links to IT systems and customer information, and took appropriate steps when it bought EE, an operator that already used a Huawei core, back in 2016. But Huawei saw off fierce competition for its "21CN" DWDM (dense wave division multiplexing) contract with BT, sharing the spoils with Ciena. "Removing Huawei as an optics supplier is a really big deal," said Sterling Perrin, a principal analyst with Heavy Reading, in a comment on Light Reading's message boards. "They are well entrenched within BT -- so this is not a small, isolated network that would be swapped out." (See BT Is Stripping Huawei From its Mobile Core Network  FT Report.)

Schadenfreude for Western rivals
But what is bad for Huawei might be good for Western rivals such as Ericsson and Nokia. Competition from low-cost Chinese rivals has been a nightmare for the Nordic suppliers since the early years of the millennium. Given suspicions in the US that Chinese companies have ripped off others' intellectual property, there is unlikely to be much sympathy for Huawei and smaller rival ZTE Corp. (Shenzhen: 000063; Hong Kong: 0763) in the vendor community. Long-serving executives may be grinning with Schadenfreude. The deal-makers in those companies will have their eyes on the business the Chinese vendors are losing with BT and others. In Japan, it seems like they have already seen benefits, judging by the reports about SoftBank.

The danger, of course, is that Chinese authorities retaliate with their own restrictions on Western companies. But locking Ericsson and Nokia out of deals with Chinese operators might have a limited impact. Together, they are understood to account for only about a quarter of the Chinese telecom infrastructure market. Nokia derives about 11% of its revenues from China, while 12% of Ericsson's come from North East Asia. Huawei, by contrast, generates about half its sales outside China, including more than a quarter in Europe, the Middle East and Africa. Nor would China's operators be likely to welcome any restrictions on their choice of suppliers. (See Nokia Sitting Pretty After Week of Turmoil for Huawei, Ericsson.)

Damage could be done in other ways, though. Just as the US stopped ZTE from buying US-made components earlier this year, so China could lock Western equipment makers, including device companies like Apple, out of their supply chains and factories. But throughout international telecom markets, much of the harm may be self-inflicted by local authorities and their bans. Even if they have not fallen in love with Huawei and ZTE, telcos admire their products, their focus on customers' needs, and appreciate the competition they bring. Without it, Ericsson and Nokia would be under little pressure to shape up, and 5G rollout could take longer than planned. For anyone worried that Europe is already well behind the US and China in the 5G race, that is a troubling thought.

mkanterman 12/13/2018 | 8:50:02 AM
Orange Ruled Out Huawei Just an fyi, Orange said that French government was warning about Huawei risks and said they would not use Huawei for 4G and 5G network builds.
Reply | Post Message | MESSAGES LIST | START A BOARD
EDUCATIONAL RESOURCES