Verizon said it is launching mobile 5G service in Denver and Providence, R.I., adding two markets to the 30-plus cities that the carrier has tagged for deployment throughout 2019.

Verizon's mobile millimeter wave 5G service is launching in Denver today, and set to go live in Providence on July 1. Those launches follow Verizon's earlier ones in Chicago and Minneapolis.

Verizon said the 5G network being lit up in Denver and Providence will deliver typical download speeds of 450 Mbit/s, with peak speeds above 1.5 Gbit/s. Customers can also expect latency of less than 30 milliseconds, the company said.

Those launches will reach only a portion of those markets early on, and will initially be supported by four 5G-based devices -- the LG V50 ThinQ 5G, the Motorola z3 and z4 combined with the 5G moto mod, and the Samsung Galaxy S10 5G. 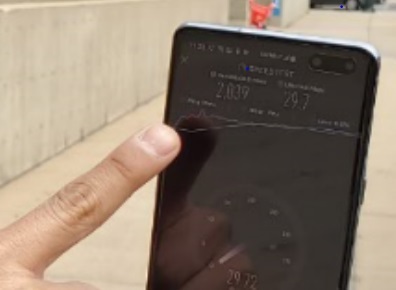 Verizon claims it is seeing speeds of more than 2 Gbit/s on its 5G network in Denver.

In Denver, initial mobile 5G coverage will be concentrated in the Highlands area (South of 37th, between Tejon and Navajo Streets), as well as throughout Denver's popular LoDo area, which includes Coors Field, home to the Major League Baseball's Colorado Rockies. Coverage will also include areas around venues such as the Denver Center for the Performing Arts, Sculpture Park and outside the Paramount Theater, as well as Capitol Hill and the northern parts of the Denver Tech Center.

Why this matters
The launches are a step forward in Verizon's plan to deploy mobile 5G in more than 30 cities this year, and complements some of the operator's 5G-based fixed wireless broadband service offered in select markets. They also give Verizon some bragging rights in the 5G deployment race against rivals AT&T and T-Mobile.